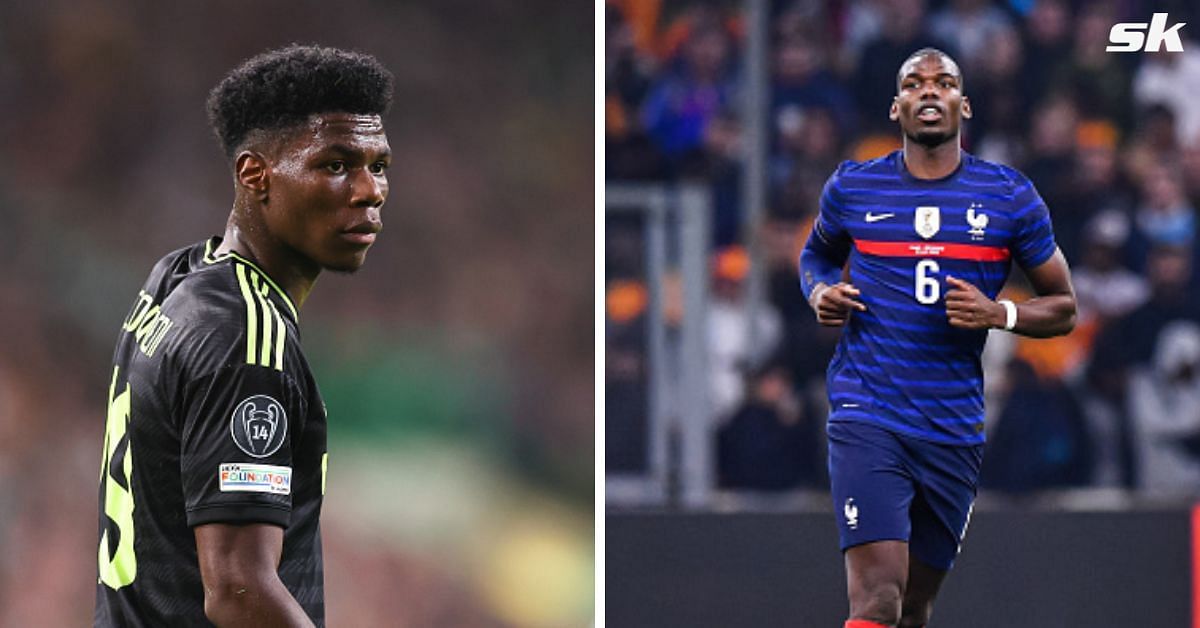 Bixente Lizarazu believes Real Madrid midfielder Aurelien Tchoumaeni will star for France at the 2022 FIFA World Cup even if Paul Pogba misses the tournament due to injury.

The 2022-23 club season is underway, but it will soon be paused, with the latest edition of the World Cup just around the corner. The tournament is scheduled to take place in Qatar between November and December.

National teams have already started planning for the competition as they look to be named the world’s football champions. France, who won the tournament in Russia in 2018, are strong favorites to retain their title.

However, Didier Deschamps’ side had a major concern ahead of their trip to Qatar. Juventus midfielder Pogba’s World Cup hopes are in doubt as he is currently sidelined with a meniscus injury.

Pogba who has made 91 appearances for France, recently undergone surgery to resolve the issue, but may still miss the flight to Qatar. To add to Les Bleus’ woes, N’Golo Kante is also currently nursing a muscle injury.

While there are still almost three more months before the event starts starts, Lazarazu is worried France could be without Pogba and Kante. However, the former Les Blues defend has tipped Real Madrid’s Tchouameni to step into their shoes. He told French television network TF1:

“Pogba, who had surgery, I don’t see how he will be ready for the World Cup. It seems to me. Kante is impossible not doing very well either. Fortunately, there is Tchouameni who is one of the potential starters who is doing very well.”

It remains to be seen if Pogba and Kante can regain full fitness before the start of the World Cup. Tchouameni is expected to have a place in Deschamps’ squad regardless.

Tchouameni made 50 appearances across all competitions for AS Monaco last season, scoring five and assisting three goals in the process. His performances of him for the Ligue 1 side saw him attract interest from several clubs, including Liverpool, in the summer.

However, Real Madrid emerged victorious in the race to acquire the 22-year-old’s services. The La Liga champions forked out an initial sum of €80 million to take him to Santiago Bernabeu.

Tchouameni has since established himself as a regular starter for Carlo Ancelotti’s side. He has made six appearances for Los Blancos so far this season, providing one assist in the process.

Real Madrid’s trust in Tchouameni was highlighted when they sold Casemiro to Manchester United in the recently-concluded window.