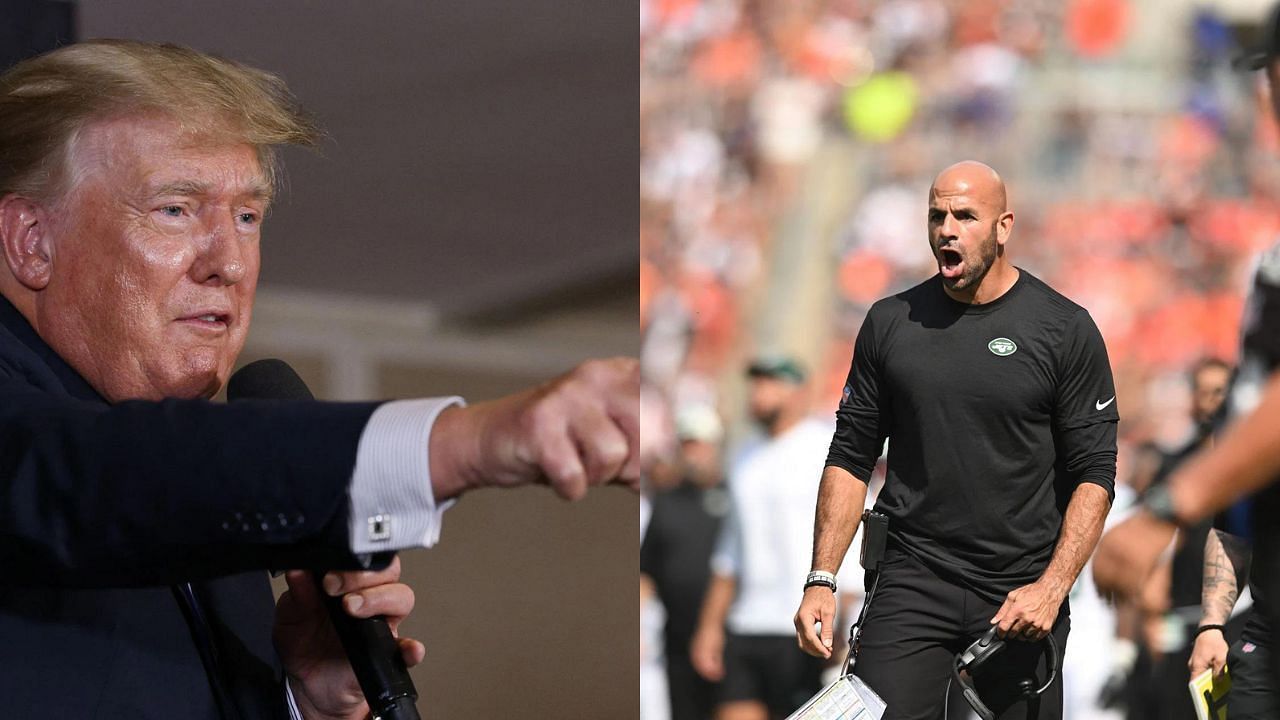 The New York Jets defeated the Cleveland Browns in Week 2 in a stunning 31-30 last-minute victory. Head coach Robert Saleh deservedly got a lot of praise for the win. Former President Donald Trump was reportedly the driving force behind some of the praise, reaching out to the Jets coach personally after the win.

There have been a lot of great coaches in NFL history like Bill Belichick, Don Shula, Tom Landry, Bill Parcells, Vince Lombardi and many others. Lombardi, given that his name is on the Super Bowl trophy, is widely considered the best of all time. Saleh is not in that group yet, but former President Trump believes he’s a better coach than Lombardi was. Trump confirmed the call to Saleh at a political rally, saying, “You’re greater than Vince Lombardi.”

Saleh was asked about the phone call, and he was left absolutely starstruck:

#jets HC Robert Saleh confirmed that he received a call from former President Donald Trump congratulating him for #browns win, ‘it was pretty surreal’ + Trump said he’s better than Vince Lombardi, Saleh laughed ‘hopefully we can cash in on that one day’: @TMKSESPN #TakeFlight

#jets HC Robert Saleh confirmed that he received a call from former President Donald Trump congratulating him for #browns win, ‘it was pretty surreal’ + Trump said he’s better than Vince Lombardi, Saleh laughed ‘hopefully we can cash in on that one day’: 📻 @TMKSESPN #TakeFlight https://t.co/DKXog3nLDL

New York scored twice in the final two minutes to defeat the Browns 31-30, their only win this season.

How Donald Trump is connected to the New York Jets

Trump’s call to praise Saleh and the team is not a total surprise. Despite being a former President, he’s also a businessman from New York. That’s where he was born and raised, and it’s his home.

The Jets may play in New Jersey, but they represent New York, so many New Yorkers support either them or the New York Giants. However, the relationship to the team goes further than that. Team co-owner Woody Johnson served under the Trump administration from 2017 to 2021.

He served as the United States Ambassador to the United Kingdom. He was a key figure in the Trump administration, one who also served all four years.

Clearly, Trump likes him and wanted to give credit to Johnson’s team for an incredible victory. New York may not have too many of those kinds of wins this season, so the former president might not have many opportunities to heap praise on them.