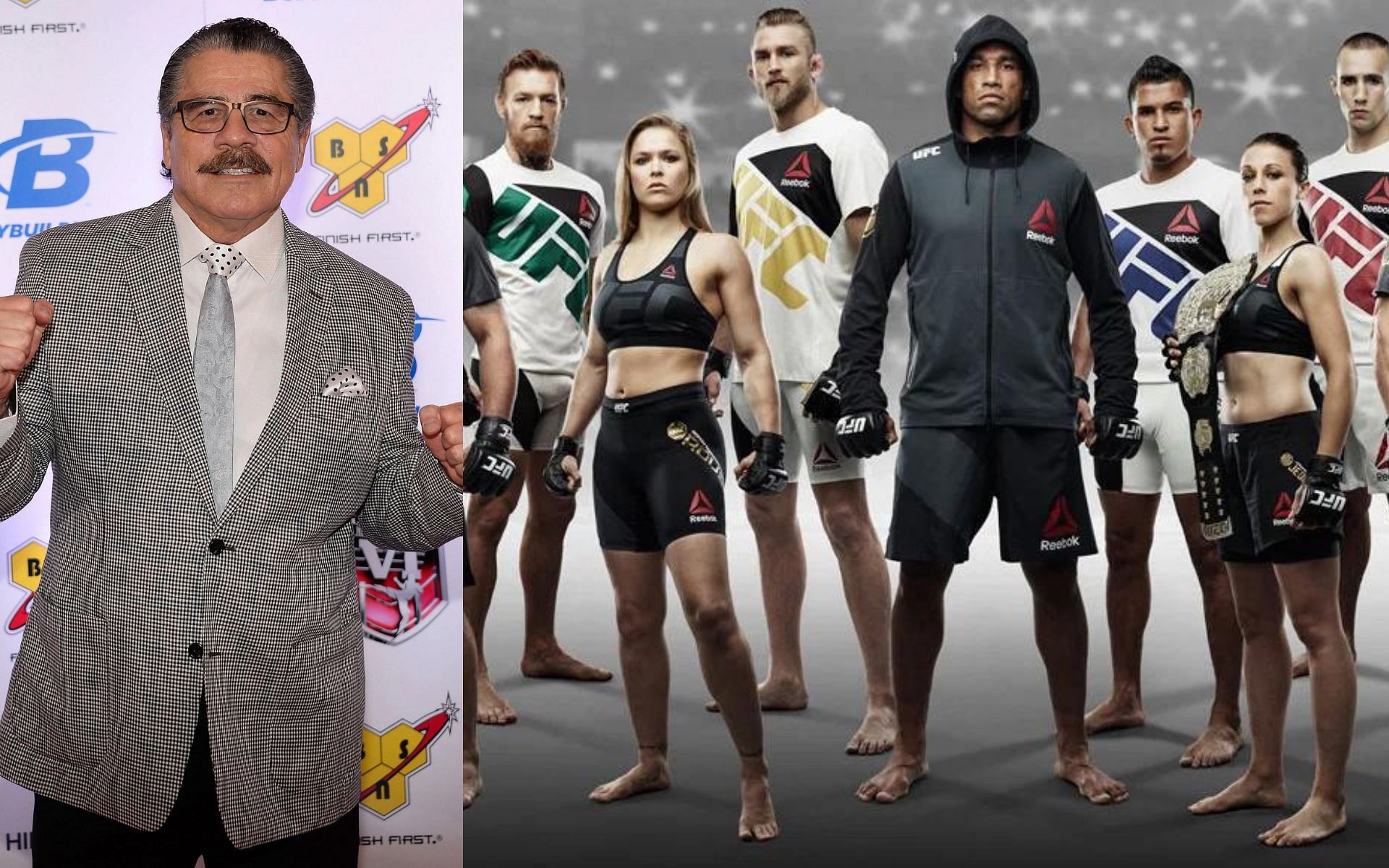 Iconic combat sports cutman Jacob ‘Stitch’ Duran recounted the time he was let go by the UFC for speaking out against the Reebok uniform deal.

On July 21, 2015, Duran announced on Twitter that he was fired due to unsavory comments he made about the sponsorship deal. During an interview with GQ SportsDuran recounted how he found out he lost his job:

“Fighters were making a lot of money off sponsors and the UFC went into the Reebok deal. And they took away all the sponsors from everybody. So nobody was happy. Everybody was [like], ‘F Dana, F the UFC, F Reebok.’ So anyway, I get a call from Bloody Elbow’s John Nash, and he asked if I’m interested in doing an interview on how the Reebok deal affected the cutmen [and] it went viral.

So I went home and sure enough, I get a call and the only thing he says is: ‘Because of the interview you did about Reebok, the UFC is not gonna use you no more.'”

The Reebok uniform deal has been a hotly-debated topic among the MMA community. Before its placement, fighters were allowed to have their own sponsors’ logos on their fight gear. However, the uniform deal effectively took that revenue stream away from the athletes.

Although losing his job affected him financially, Duran revealed that he has no regrets, knowing that he stood up for the fighters. Looking back, Duran said he’d do the same thing all over again, saying, “I know what I did was right for the sake of the fighters.”

When its contract with Reebok expired in 2021, the world’s leading MMA promotion linked up with Venum as its new apparel sponsor.

The Venum deal was set to last for three years, but the brand and company decided to extend their partnership. Last Wednesday, the promotion announced a new deal but offered no details. Venum founder and CEO Franck Dupuis told MMA Junkie:

“The enthusiastic reception from athletes and fans to the launch and release of our UFC collections has convinced us to continue our adventure inside the octagon, and to continue to improve our products to serve a demanding and passionate public. The best is ahead of us. “

UFC has re-upped its deal with Venum, per a press release. Terms not announced.

UFC has re-upped its deal with Venum, per a press release. Terms not announced.