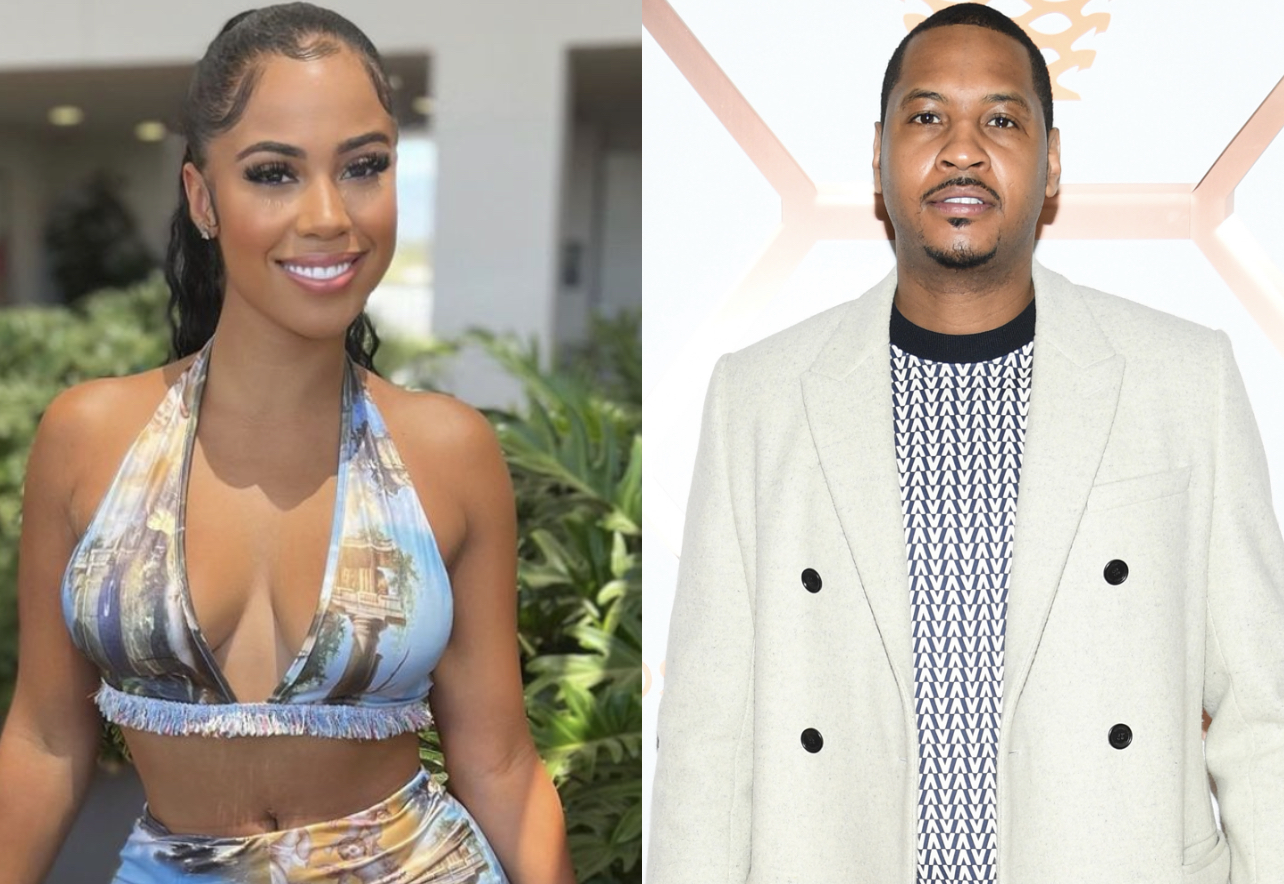 Carmelo Anthony was the talk of the innanet on Wednesday after former ‘One Mo Chance’ cast member and influencer Yasmine Lopez spilled some tea about their relationship!

It was rumored back in February that Lopez, who welcomed a child with NFL star Trevon Diggs in August 2021, was dating recently divorced Carmelo Anthony and she finally confirmed the allegation on her YouTube channel.

Lopez filed a Q&A for her fans and admitted that not only was she dating Carmelo, but she experienced her “most embarrassing moment” during their time together.

No that was my man. The flowers were real. He sent me and somebody else flowers and I seen, like I was literally sitting next to him in the bed and I’m like, ‘Yo who sent her these flowers bro?’”

Back on February, Wags Unfiltered reported that both Yasmine Lopez and a woman named Ashlee Monroe received the same exact flower arrangement for Valentine’s Day. Yasmine admitted on Wednesday that she was initially hurt after finding out Carmelo felt Ashlee the arrangement, but she has since moved on from the situation.

I talked about that on T’s podcast. That was my most embarrassing moment like at the time, I was so upset about it and it hurt my feelings and now I can look at it and laugh. It’s actually funny to me what happened but yeah.

Carmelo Anthony seems to be living life as a bachelor after his estranged wife LaLa Anthony filed for divorce from him in June 2021 due to his alleged infidelities. While the two are separated, there has been no word of their divorce being finalized.

Nevertheless, while Carmelo is exploring the dating scene, LaLa described life after divorce as “incredibly hard” in an interview with Charlamagne.

I think that stepping away from that marriage was such an incredibly hard decision for me, but it made me realize there’s nothing I can’t do. Staying is easier, staying is easier. Walking away is harder.”