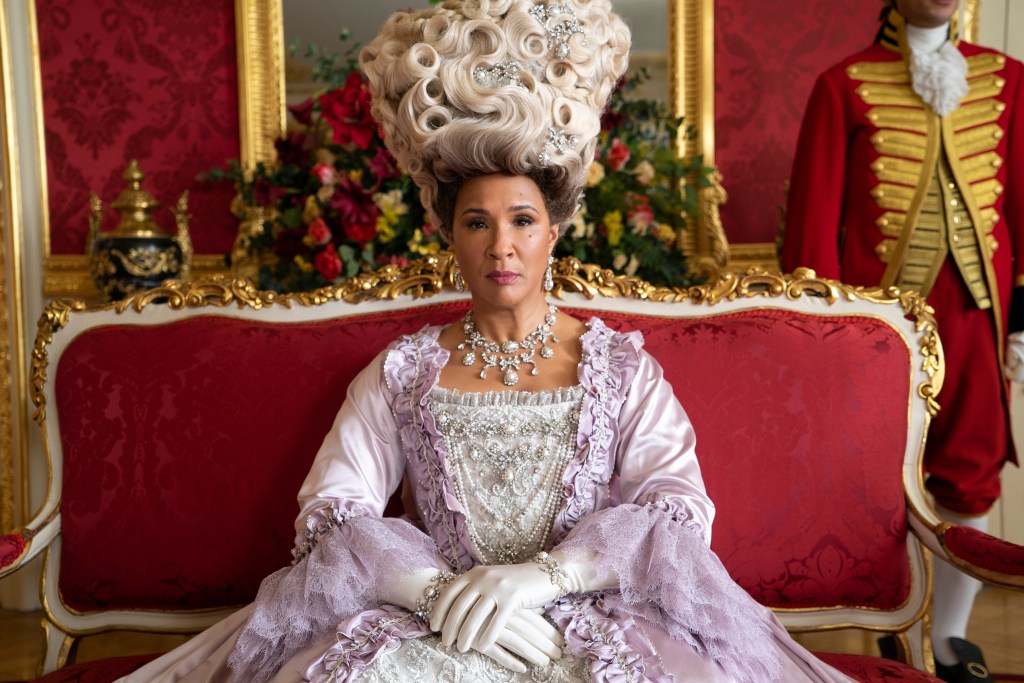 Netflix and Shondaland have released the first photo from the newly titled Queen Charlotte: A Bridgerton Story, the limited prequel series based on the origins of Queen Charlotte, from Shonda Rhimes.

The photo (seen below) features India Amarteifio, who stars as the Young Queen Charlotte.

Centered on Queen Charlotte’s rise to prominence and power, this Bridgerton-verse prequel tells the story of how the young Queen’s marriage to King George sparked both a great love story and a societal shift, creating the world of the Ton inherited by the characters in Bridgerton .

Rhimes serves as writer and showrunner, and she executive produces along with Betsy Beers and Tom Verica, who also directs.