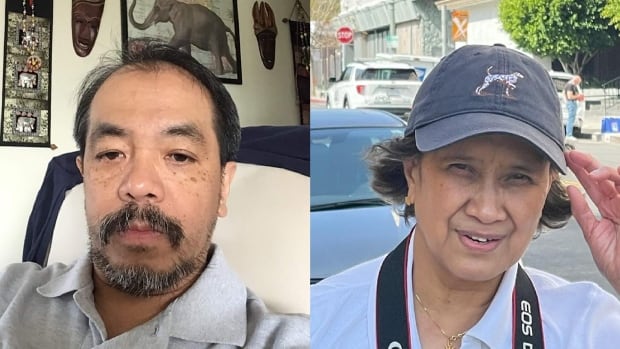 The Current25:29Survivors remember declaration of martial law in the Philippines

Warning: This story contains graphic details of torture that may be disturbing to readers.

On the morning of Sept. 23, 1972, Chris Sorio remembers being awoken by his mother from him at their home from her in Quezon City in the Philippines. She told him that the country had just been placed under martial law.

“There’s nothing on TV and nothing on the radio,” said Sorio, who was a teenager at the time. He is now 64 and living in Vancouver. “So there’s chaos and confusion among people because they don’t know what’s happening.”

Later that evening, President Ferdinand Marcos appeared on television to formally announce that he had declared martial law. (The official document, Proclamation No. 1081, was signed on Sept. 21, a date historians believe Marcos chose because of his obsession with numerology.)

What followed was 14 years of corruption, violence and human rights abuses. It’s estimated that more than 3,000 were killed, 35,000 tortured and 70,000 incarcerated, based on reports from Amnesty International. In 1986, Marcos was ousted from office following mass protests known as the People Power Revolution. He fled to Hawaii, where he died in exile in 1989.

Fifty years after the declaration of martial law in the Philippines, survivors and activists in the country and around the world are commemorating what’s widely considered to be a dark chapter in the country’s history – a mission they feel is even more important since Marcos’s son, Ferdinand (Bongbong) Marcos Jr., was elected to the presidency this past May in a landslide victory.

“I have little kids [and] I want them to know. They need to know the truth, the history of what happened in Marcos’s dictatorship,” said Reyna de Mesa, co-founder of the Philippine-Manitoba Historical Society in Winnipeg.

The group is hosting an event on Friday at the Canadian Museum for Human Rights that will feature in-person and virtual exhibits, a film screening and a discussion with a martial law survivor.

De Mesa and co-organizer Jomay Amora-Dueck said they decided to hold the event after the recent election of Marcos Jr.

“We want to educate our community, especially here in Canada, where a lot of young Filipino Canadians don’t have access to Philippine history because they live in Canada,” said Amora-Dueck, adding that even as a student in the Philippines, she was not taught about martial law.

Many survivors are marking the anniversary by sharing their stories of torture, abuse and imprisonment during martial law.

“I didn’t realize that for the last few years as the Marcoses returned to power, this would be a ritual that I would be doing every September,” said Sorio, who said he was tortured and detained in a prison camp for two years. “To narrate, relive the story of the violations of human rights of so many people who had been victimized by the martial law regime.”

Sorio became a student activist when he was a college student in Quezon City and eventually joined the underground protest movement.

“The campuses were heavily militarized at the time,” he said. “Plainclothes military people were enrolled in the universities, posing as your classmates, trying to listen to any criticisms, spying on students and everything.”

Following his arrest in 1982, Sorio said, he was forced to strip naked, and military officers tied him to a chair and administered electric shocks to his genitals.

“I was just looking at the ceiling and I was praying and … prepared myself to die at that point.”

Sorio was a class-action lawsuit launched by abuse survivors against the Marcos estate in 1995. A US court found that his estate was liable and it was ordered to pay $766 million to more than 9,000 survivors.

“Our intentions really at the time was not about money,” said Sorio, who noted that he never cashed his check for $1,000.

“It was about [ensuring] that the evils or the wrongdoings and the violations of human rights during the time of Marcos will be forever recorded and registered, so that it cannot be denied that these things did not happen,” he said.

Some survivors are still dealing with the trauma of their experiences during martial law.

Josie Forcadilla, who now lives in Toronto, said she still has nightmares about her sister, Liliosa Hilao, who is known as the first political prisoner to die while in detention during martial law in the Philippines.

Forcadilla, just graduated from high school, who had her sister’s first interrogation by military officers, which place in their family home during a raid.

She recalls watching an officer bang Hilao’s head against the wall and his attempts to rape her. Hilao was arrested and taken to a prison camp, followed by Forcadilla a few days later. Not long after they arrived, Hilao was dead.

“It’s not the personal torture that I received [that haunts me]but it’s her,” said Forcadilla, who later joined the protest movement and was imprisoned for three years after being re-arrested. “It was so violent.”

In the Philippines, this week was marked with protests and commemorative events. Hundreds of activists took to the streets chanting “Never forget” and condemning the Marcos regime for its alleged abuses, Reuters reported.

Last week, Marcos Jr. defended his father’s declaration of martial law, saying the “government had to defend itself.”

At the time, Marcos Sr. said the move was in response to escalating civil unrest in the country, a rebellion in the south and a rising communist threat.

Supporters of martial law have argued much that it instilled a discipline-needed sense of discipline in the Philippine people and that it led to social and economic reform.

“Those who perceive that a declaration of martial law is anti-democratic [are] oblivious of the fact that its application is precisely the very tool to save the exercise of democracy. It is only when it is clothed with abuse by its enforcers that it becomes obnoxious,” he said.

But critics say arguments like these are a distortion of history.

“This is a battle for memory that we’re in,” said Carmelo Crisanto, executive director of the Human Rights Violations Victims’ Memorial Commission based in Manila.

Since 2018, his government agency has been working to preserve testimonials from more than 11,000 survivors of martial law. When Marcos Jr. was elected, his team him raced to digitize the collection and send copies to multiple institutions.

“This will never be destroyed…. If my physical archive actually is burned by reason of accident or whatever the claims… it will always be alive and will always be a reminder,” Crisanto said.

Hope to have records online

He has plans for the collection to be stored in a memorial museum that is expected to be built in the next few years, although he said government funding for the project is uncertain. Meanwhile, he hopes to make the digital records available online to researchers.

“I think [preserving these records] is necessary because for those who are, there is no closure,” said Crisanto. “There is still this underlying fear that the situation may turn around and present itself once again because we are afraid to look at it and to come to terms with what actually happened.”

Experts and observers have been analyzing the rise of Marcos Jr. to the presidency despite his family’s history, with many critics pointing to rampant campaigns of disinformation and historical revisionism, especially on social media, leading some to believe that the martial law was a “golden age” of peace and prosperity.

Christine Bacareza Balance, an associate professor of Asian American studies at Cornell University, said that nostalgia may also play a role. her forthcoming book, Making Sense of Martial Lawlooks at the rule of the elder Marcos and his wife, Imelda Marcos.

There are posts online romanticizing the family, she said, which “takes the edge off of the real stories of people who survived and those who didn’t survive the regime.”

She also points to a disenchantment with political leaders following the ousting of Marcos because the promise of a better life never came to be.

“In the aftermath of that, the question then became for everyday Filipinos is, ‘Have our lives improved in any way? Have they gotten better?’ I think over time they haven’t,” she said.

Survivors are worried that history will repeat itself. Forcadilla said she hopes Philippine citizens, especially younger ones, will be on guard as Marcos Jr.’s presidency unfolds.

“I think we will have to do a massive education of the young people in the Philippines to constantly remind them of what happened during his father’s time,” she said.

Sorio, meanwhile, plans to continue telling his story and advocating for his fellow Filipinos.

“We just have to keep on articulating and really helping people understand why there is a resistance that is going on in the country,” he said. “The continued lack of jobs, the … farmers who have no lands. The same story continues.”