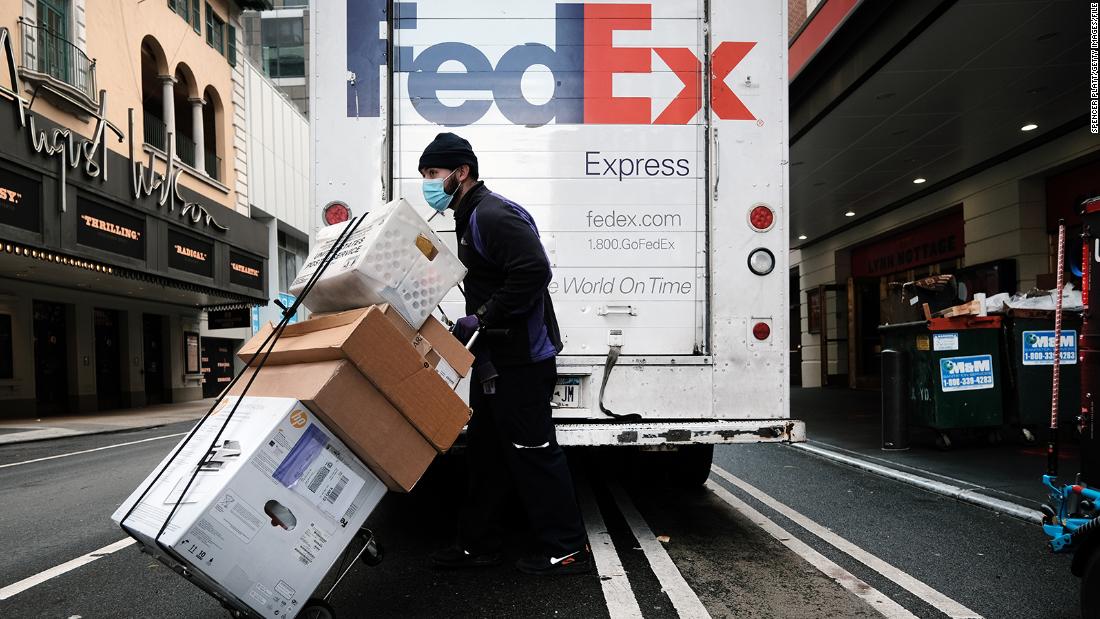 shares of FedEx (FDX) plunged 22% in premarket trading Friday after it economy warned late Thursday that a slowing will cause it to fall $500 million short of its revenue target. The weakening global economy, particularly in Asia and Europe has hurt FedEx’s express delivery business. The company said demand for packages weakened considerably in the final weeks of the quarter.

FedEx said it expects business conditions to further weaken in the current second quarter, which runs through November. While global revenue this quarter is likely to be flat compared to a year earlier, FedEx’s earnings are expected to plunge more than 40%. Analysts had been forecasting a gain in profit.

During an interview Thursday on CNBC, FedEx CEO Raj Subramaniam was asked if he believes the slowdown in his business is a sign of the start of a global recession.

“I think so,” he replied. “These numbers, they don’t portend very well.”

The company said it is responding by reducing flights and temporarily parking aircraft, trimming hours for its staff, delaying some hiring plans and closing 90 FedEx Office locations as well as five corporate offices. It is also cutting $500 million from its capital expenditure budget for its fiscal year, which runs through May of 2023, trimming that spending to $6.3 billion.

FedEx (FDX) said its earnings adjusted for the quarter that ended August 31 will be down $260 million, or 17%, from a year earlier. Revenue rose $1.2 billion, or 5%, despite missing the company’s earlier target.

While it gave the sharply lowered guidance for the current quarter, FedEx said it was withdrawing its full-year guidance issued in June due to the “continued volatile operating environment.

FedEx Ground service, which is the primary way the company handles deliveries of online purchases made by US consumers, missed its sales target by $300 million.

The company uses independent contractors, not employees, to make deliveries, and many of those contractors are complaining that rising costs for fuel, labor and new vehicles have made their business unprofitable. Some are threatening to halt operations on Black Friday, just at the start of the holiday shopping season, unless FedEx agrees to change their compensation.

FedEx insists it will work with contractors who are having problems. It has sued the former contractor who has been the most vocal critic of the company.

About 1,000 of the 6,000 contractors who work for FedEx have joined a trade association to lobby the company for better compensation.