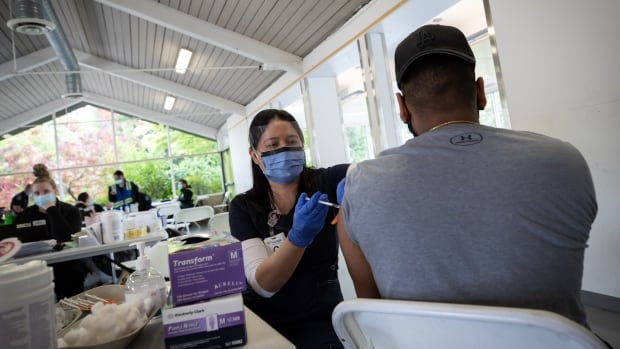 Advisers to the US Food and Drug Administration on Tuesday recommended a change in the design of COVID-19 booster shots this fall in order to combat more recently circulating variants of the coronavirus.

The FDA’s Vaccines and Related Biological Products Advisory Committee voted 19-2 that the next wave of COVID booster shots should include a component that targets the Omicron variant of the coronavirus.

The FDA will have to decide the exact recipe, but expect a combination shot that adds protection against Omicron or some of its newer relatives to the original vaccine. The agency plans to decide by early July on what the design of the boosters should be.

It’s also not yet clear who would be offered a tweaked booster — they might only be urged for older adults or those at high risk from the virus.

FDA scientists at the meeting suggested they preferred vaccines that will target the BA.4 and BA.5 Omicron subvariants, which are currently dominant, rather than the BA.1 Omicron variant that led to a massive surge in infections last winter.

The fast-spreading BA.4 and BA.5 sub-variants of Omicron are estimated to make up a combined 52 percent of the coronavirus cases in the United States as of June 25, the US Centers for Disease Control and Prevention (CDC) said on Tuesday. The two sublineages accounted for more than one-third of US cases for the week of June 18.

Dr. Isaac Bogoch, an infectious diseases specialist at Toronto General Hospital, told CBC News in an interview broadcast Tuesday that BA.5 represents “probably about 20 percent of all COVID right now in Canada.” Health Canada tracking as of June 24 had tracked BA.5 in 15 percent of all COVID-19 infections in the country, with eight percent of cases characteristic of BA.4.

Dr. Peter Marks, director of the FDA’s Center for Biologics Evaluation and Research, said the regulator would hope to launch a booster campaign with a retooled vaccine by October.

“The better the match of the vaccines to the circulating strain we believe may correspond to improved vaccine effectiveness, and potentially to a better durability of protection,” Marks told the meeting of outside expert advisers to the agency.

Dr. Kanta Subbarao, representing a World Health Organization advisory committee that also considered the issue, said she preferred BA.1-based vaccines, suggesting they could generate a broader immune response because that variant is more distinct from the original virus than its successor subvariants.

“Our goal here is to achieve greater immunity against circulating and emerging variants,” Subbarao said, noting that trying to match what variant might be circulating in the fall is difficult because of uncertainty about the trajectory of the evolution of the virus.

WATCH l ‘Biological lesson to be learned’ on why some don’t get COVID:

Scientists in Canada and around the world are trying to solve a COVID-19 mystery — why have some people never tested positive, despite being exposed? And could they be genetically resistant to the virus?

Encouraging uptake to a public fatigued by over two years of the pandemic will be a challenge. Only half of vaccinated Americans have received a first booster. Only one-quarter of those eligible for an additional booster have taken it up.

In Canada, Health Canada tracking indicates that nearly 56 percent of those 12 and older are considered fully vaccinated, with at least one additional dose.

Pfizer, Moderna and Novavax presented data at the US meeting. All three companies have been testing versions of their vaccines updated to combat the BA.1 Omicron variant.

Moderna said it would be ready with a “couple of hundred million” of bivalent, or double-targeted, vaccines designed to combat BA.1 by September. It would be late October or early November if it needs to design a vaccine targeting the newer subvariants, the company said.

Pfizer said that it and partner BioNTech already has a significant amount of BA.1 vaccine ready and is preparing to produce a large amount of vaccine targeting BA.4 and BA.5. It said either could be ready for an early October rollout.

Both Moderna and Pfizer have said that their respective BA.1-inclusive vaccines generated a better immune response against Omicron than their current shots, which were designed for the original virus that emerged from China.

They have said their new vaccines also appear to work against BA.4 and BA.5, but that protection is not as strong as against BA.1.

Novavax, meanwhile, is awaiting FDA authorization of a more traditional kind of COVID-19 vaccine, with protein-based shots. Novavax argues change Tuesday that a booster of its regular vaccine promises a good immune response against the new Omicron variants without a recipe.

The Novavax vaccine, known as Nuvaxovid, was authorized for use in Canadians 18 and over by Health Canada in February.