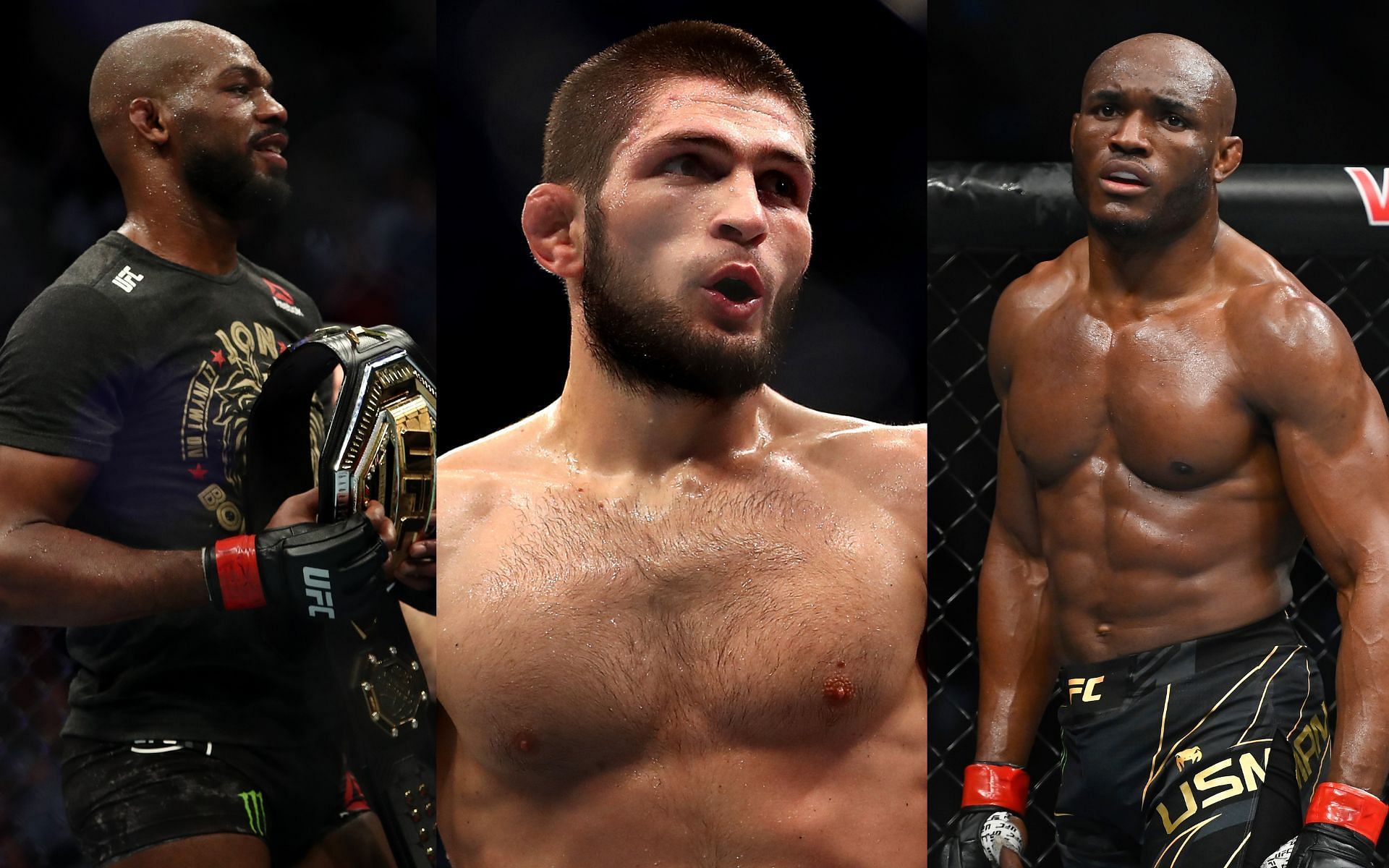 MMA fans have reacted to a post on Instagram that has asked them to debate whether Kamaru Usman and Khabib Nurmagomov are above one another in an all-time MMA GOAT list.

UFC 278’s main event rematch between Kamaru Usman and Leon Edwards left the world stunned after its climatic final moments. ‘The Nigerian Nightmare’ was a win away from tying Anderson Silva’s UFC win streak record (16) and extending his welterweight title defense streak to 6. With just under a minute left, ‘Rocky’ landed the perfect headkick and KO’d Usman, handing him his first knockout loss and only the second loss of his career (20-2).

Khabib Nurmagomedov retired in 2020 after defending the 155lb title for the third team. ‘The Eagle’ retired from MMA undefeated (29-0) and on a 13-fight winstreak in the UFC. The victories include notable wins over Conor McGregor, Justin Gaethje and Dustin Poirier.

Fans have been locked in a fierce debate about which fighter has the better legacy, with the general consensus being that while Nurmagomedov retired undefeated, Usman had a longer UFC winstreak and defended his title more often.

One fan even believes another title run for ‘The Nigerian Nightmare’ would put him above Jon Jones:

Another fan believes there’s in the debate as ‘The Eagle’ has only lost two rounds in his entire MMA career:

“Khabib lost one round in his entire career, Usman got knocked out cold”

Check out more of the fans’ reactions and debates below:

UFC president Dana White gave fans and the media some insight into how former champ Kamaru Usman was feeling following the shocking climax of UFC 278.

Usman entered the cage as the No.1 pound-for-pound fighter and was undefeated in the organization. ‘The Nigerian Nightmare’ was just one win away from MMA legend Anderson Silva’s UFC record of 16 straight wins, which would have almost certainly cemented himself as one of the GOATs if he’d achieved it.

Speaking to the media after DWCS Season 6, Week 5, Dana White shared that he’d spoken to the former welterweight champion, who had described the loss to Edwards as a relief:

“He’s in great spirits. Obviously, he wants the rematch bad. But, he said ‘I can’t tell you, the weight that’s been lifted off me. There’s a lot of pressure along with the run that he was on, tying and breaking Anderson’s [Silva] record. There is all that pressure. He’s looking forward to the rematch.”