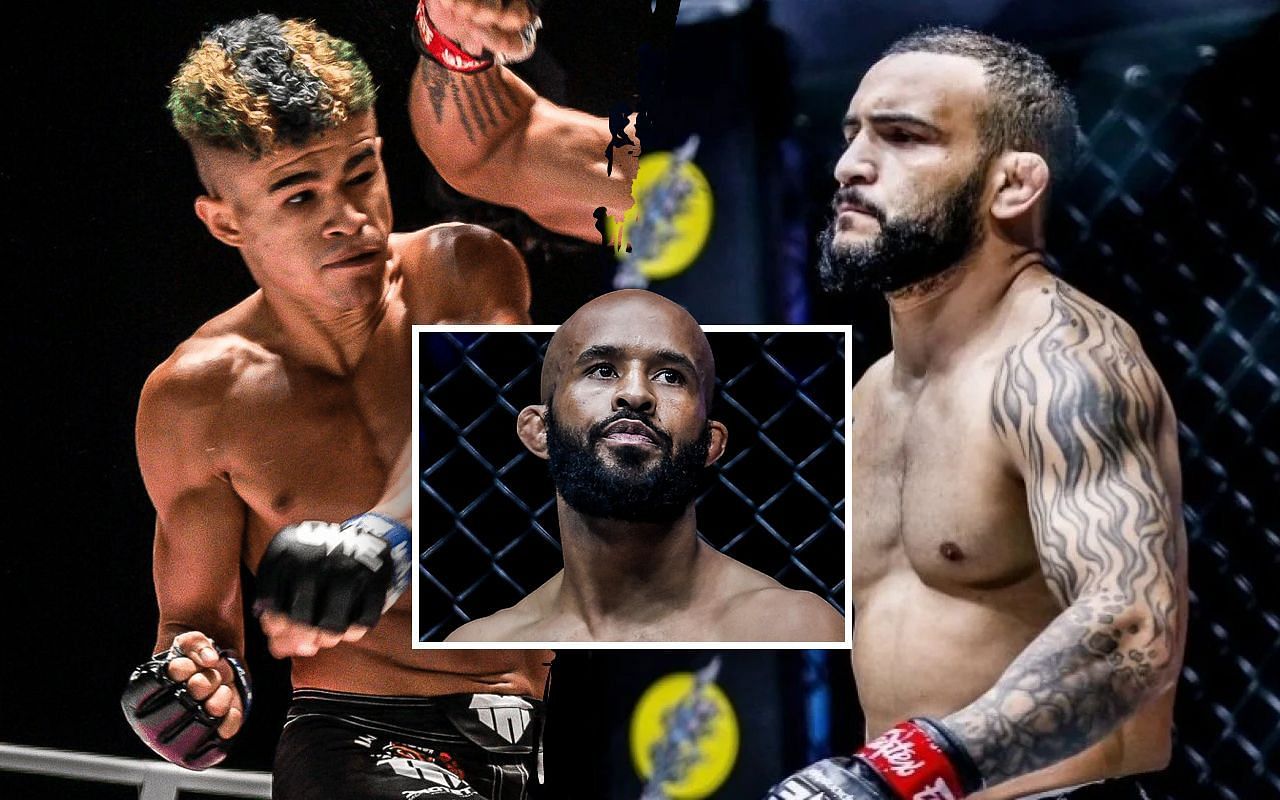 Fabricio Andrade took aim at ONE bantamweight king John Lineker by tagging him in a video clip of Demetrious Johnson saying that someone is gonna get “knocked the f*ck out” on October 29.

The MMA icon began the video singing Andrade’s praises before predicting that one of the two Brazilian warriors is definitely going to dreamland by the end of that fight. ‘Wonder Boy’ got so worked up about his idol’s support him, he tagged his latest rival on Instagram with the following caption:

“Hey @johnlinekermma even the 🐐 know you are getting knocked the F*ck out 🤷🏽‍♂️ hopefully you will really show up October 22! Thank you @mighty for the shoutout one day I will be as good as you 💪🏽💯 #ANDNEW #onechampionship #wonderboy #oneonprimevideo3″

Catch the clip below:

It’s not the first time Fabricio Andrade has provoked his fellow countryman. Over the last few years, ‘Wonder Boy’ accused Lineker of ducking him and ignoring his callouts.

After the 24-year-old earned his world title shot opportunity at ONE 158 last June against Kwon Won Il, Lineker had no choice but to acknowledge him by responding to his callout, saying: “He will regret disrespecting me.”

Fabricio Andrade heads to ONE on Prime Video 3 with a strong MMA record of 8-2 and a 75% finishing rate. Fighting out of Tiger Muay Thai and training with the crème de la crème of world champions, including Tang Kai and Anatoly Malykhin, among others, Andrade’s elite striking abilities and his unbreakable warrior mindset will certainly be honed further in preparation for his first world title opportunity.

Fabricio Andrade hopes to achieve a bigger fan base in his home country of Brazil after he finishes MMA veteran John Lineker at ONE on Prime Video 3.

At the ONE 158 post-fight interview with ONE Championship, Andrade was asked who he thought was going to be Brazil’s favorite fighter heading into their match.

“100% he’ll be the favorite for the story that he already has for UFC and everything, but after I beat him, it’s going to be really good because people in Brazil are going to finally start to recognize me. I [have] lived in Asia for a long time and I don’t have that much fans in Brazil, but after I finish a guy with the name that he has, I’m gonna get more fans in Brazil.”

Moving out at a very early age to train in Thailand, there’s a sense of urgency to be recognized as a legitimate MMA fighter by his fellow countrymen. But with Demetrious Johnson boosting his confidence, the underrated athlete looks to be on track to make his dreams of becoming a world champion a reality.