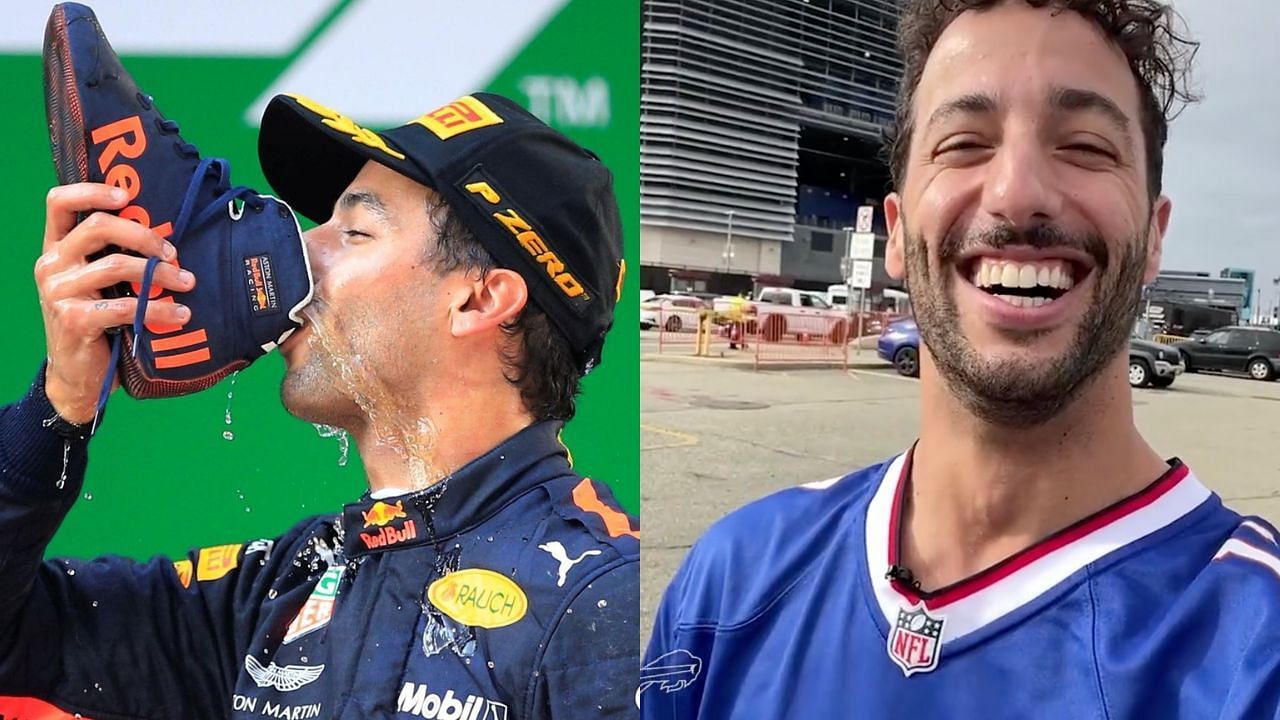 The Buffalo Bills head into what is a surprisingly important matchup with the New York Jets in Week 9. The Jets remain Buffalo’s biggest competitor at this point, trailing by just two games.

Formula One driver Daniel Ricciardo, who is one of the top drivers in the business right now, is an infamous Buffalo fan. He is unlikely friends with star quarterback Josh Allen, who he met in 2019.

The two met at an F1 race in Monaco and became instant friends. Now, three years after that, Ricciardo was finally able to attend the game. He wasted no time getting the Bills faithful hyped up for the game.

I posted a video for the fans:

Ricciardo is famous for celebrating by drinking beer out of a shoe, something that would fit right in with how Buffalo fans are. They’re called the Mafia for a reason and though Ricciardo’s antics have nothing to do with the connection, it couldn’t be a more perfect match.

What are the odds that Ricciardo sees a Bills win against the Jets?

Buffalo has only lost one game thus far and Ricciardo would be devastated if the second loss came while he was in attendance.

However, that is very unlikely. Prior to kickoff, Buffalo was 10.5 point favorites. To lose to the Jets would be a staggering upset. Allen threw an interception on the first drive, but they’re still favored to win this game.

That’s not to say that it won’t happen, since most didn’t expect New York to be 5-3 at this point.

For Ricciardo, though, it does seem likely that he’s going to get to watch his pal Allen win a game for his first ever attendance.

The score is currently scoreless, with Buffalo threatening to score late in the first quarter.