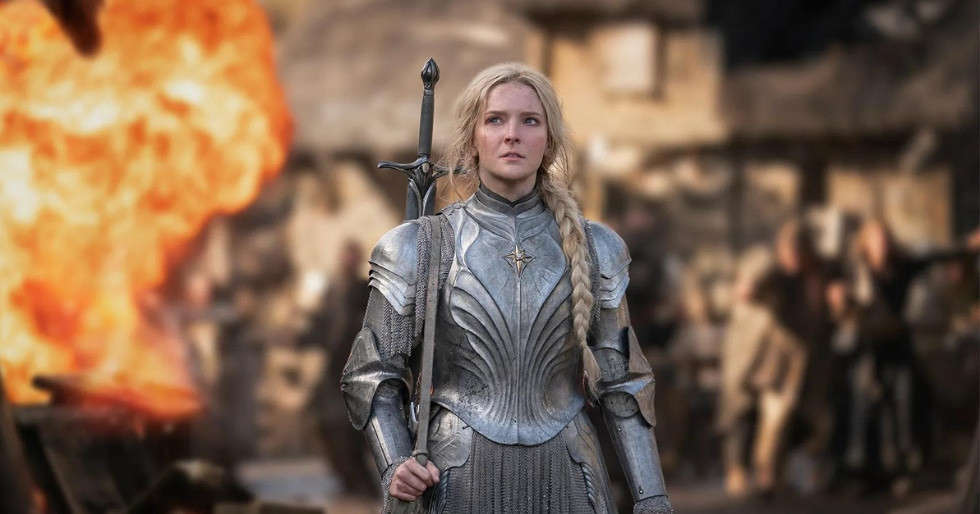 It’s almost time to go back to Middle-earth! The Lord of the Rings: The Rings of Power – the latest big-budget iteration based on JRR Tolkien’s wildly popular Lord of the Rings franchise releases in a matter of days. The show is set to chronicle the Second Age in all its glory. This means delving into new characters, unseen settings and creating a whole new world out of little more than the appendices. Showrunners JD Payne and Patrick McKay were tasked with bringing it all to life, a seemingly impossible feat, no doubt. The result is a series that promises to recall for fans of the LOTR books and movies while foraying deeper into the lore that hasn’t been translated onscreen before. But if you ask Payne, it’s all in service of Tolkien and the fans.

In an exclusive interview ahead of the show’s release, JD Payne opened up about creating a Middle-earth for The Rings of Power and the “challenging dance” of getting it right with Peter Jackson’s sprawling movie series pretty much embedded in the collective consciousness of audiences .

Going into this show, was there a conscious effort to separate yourself from Peter Jackson’s Lord of the Rings films or did you want to draw from them?

I think we just want to continue to create a Middle-earth. There has been a long-standing tradition of wonderful artists who have got to make things in various media. You’ve got the. Ralph Bakshi films, you’ve got Peter Jackson, you’ve got John Howe and their paintings and Led Zeppelin’s music and these are really great artists so we just consider ourselves under the Tolkien umbrella. I was excited to learn from all the greats who have come before us and hope to do justice to Tolkien.

You had access to very specific parts of the material. Did you see that as an opportunity or as a challenge?

It’s a little bit of both. It’s a bit of a nuanced question. We had the rights to the Hobbit, the three books and their appendices. However, we did not have the rights to The Silmarillion and the Unfinished Tales of Numenor and Middle-earth which means we need to be aware of what’s in the other works and create things that would harmonize with them but not contradict them. So that’s a challenging dance sometimes. Sometimes we will write things that will riff on those ideas but we can’t express them but it’s always helpful to have such a well-crafted and deep world as Middle-earth is. So everything that’s out there can be of importance in terms of informing our knowledge of Middle-earth.

The show sets up many characters, including non-canon characters and multiple locations. It can be hard for audiences to keep the story straight. How did you flesh out the format?

We spent a lot of time in the writers’ room trying to get ourselves in tune with what it meant to be working with Middle-earth and what it meant to be true to Tolkien. We started every day on set by reading a quote from Tolkien himself. So trying to just get in tune and in some ways was a challenge but once we were there, you felt like Tolkien himself left all of these clues. You felt like you were at the tip of the iceberg and you start to excavate and we also worked with a series of Tolkien experts and the estate of JRR Tolkien itself, the grandson Simon Tolkien was a big part of the show from the beginning as someone we could consult with. So we felt like we were able to work with that group of people and as long as we’re staying true and close to Tolkien we felt like we were on the right track.

Watching the sets come alive must be a surreal experience. Can you talk about a moment where the enormity of it all hit you?

Sure, one of the first ones on set was in Numenor. Numenor has been so important for fans and it was one that we were obsessed with getting right. So our production designer would go off and design the whole city and bring it back and we’d say – “Thank you, very much….bigger, more impressive, go back and do it again!” This happened four, five, ten times. And finally, we got to this point where we saw one of the first big VFX shots of the wide shots of Numenor where the characters are first coming in. We see the statue of Elendil and when you go even wider than that and you see the full scope. I said, “That feels like Numenor, we’re getting there!”
There’s a lot of anticipation around this show and fans already have theories. How do you deal with that?
Nobody could put more pressure on us than we put on ourselves internally. Of course, we don’t want to let fans down. Largely because this means so much to us. This isn’t just another job. It’s not just another script you write and then move on to another project. Tolkien is something that when I have friends and family members who die Tolkien finds its way in my eulogies, even my son’s birth announcement was in Elvish. It’s really part of my life. Both Patrick and I just wanted to get it right. We know that it means so much to so many different people so we felt that if we could capture that special spirit and that special feeling that people feel when they read the books when they watch the films and go to Middle-earth. That’s what we really wanted to accomplish.
The Lord of the Rings: The Rings of Power which features Morfydd Clark, Rob Aramayo, Charles Edwards, Maxim Baldry, Owain Arthur, Benjamin Walker and others is set to arrive on September 2.