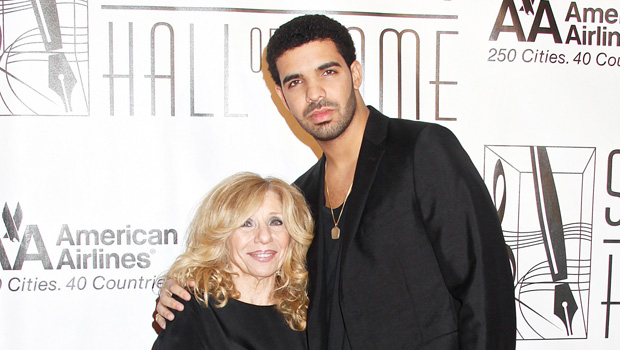 Drake fans recently by dropping a new album filled with house music ditties, something a bit unusual in style for the Grammy-winning hip hop artist. Of course, his seventh studio album, Honestly, Nevermind, was still a chart-topper and another huge success for the Canadian-born star. The release cam only a year after his last effort Certified Loverboy took over the airwaves as well. In the very short span of a just over a decade, Drake has cemented his name as one of the biggest rappers around. However, his career began on a much different path, as he was first working in the acting trade!

At the age of 15, Drake was cast in the teen drama Degrassi: The Next Generation as Jimmy Brooks, a high school basketball star who became disabled after he was shot by a classmate, resulting in a life bound to a wheelchair. Shortly after his stint on the beloved Canadian show, Drake released his first mix tapes and the rest is musical history!

With the “Hotline Bling” hitmaker — real name Aubrey Drake Graham — being such a huge, multihyphenate powerhouse of talent, there’s no doubt he has some strong genetics and good parenting behind him. Keep reading to find out more about his mother and father, here! Sandi Graham

Born on January 28, 1960, Sandi Graham grew up to become an English teacher and a florist. She met Drake’s father in the 80s at a club called Club Bluenote. They welcomed Drake on October 24, 1986 in Toronto, but separated when the rapper was five years old. As a single mother, Sandi struggled financially to raise Drake. She also suffered from osteoporosis and joint pain, which left her bedridden for much of Drake’s childhood.

“Everybody thinks I went to some private school and my family was rich. Maybe it’s my fault. Maybe I haven’t talked enough about it, but I didn’t grow up happy,” Drake told complex. “I wasn’t in a happy home. My mother was very sick. We were very poor, like broke.”

Despite the hardships, Drake has unconditional love for Sandi, often paying tribute to her in his songs and in interviews. “My mother is an incredible woman,” he gushed to The Hollywood Reporter. “She’s always just told me, ‘You know, whatever you want to do, whatever you end up being, I’ll always love you. I’ll always support you.’”

Drake must get some of his musical talents from his father, Dennis Grahamas the Memphis native once played drums for Jerry Lee Lewis. After Dennis split with Sandi, Drake claims he was a bit of an absentee father. Dennis, however, has previously said that his son uses that excuse to sell records, which Drake refuted, saying on Instagram, “My father will say anything to anyone that’s willing to listen to him.”

Despite the back and forth and the quasi-strangement, the pair seem to be back on good terms with each other. On his song “From Time,” Drake sings, “I’ve been dealing with my dad, speaking of lack of patience / Just me and my old man getting back to basics / We’ve been talking ’bout the future and time that we wasted.”

The pair are so chummy as of late, Drake dragged his pops a bit about a tattoo Dennis got of his son’s face in 2017. Taking to his Instagram in August, Drake made a joke about the body art portrait. “@TheRealDennisG I was just sitting here thinking why you do me like this we family,” Drake wrote in the caption of his Instagram post, which showed the tattoo. Dennis responded by claiming he’s had a whole slew of tattoo artists trying to bring it up to snuff. “Hahaha I had 16 people to try and straighten this out, they’re hurting me,” he replied, before sweetly adding, “I love you … and miss you.”