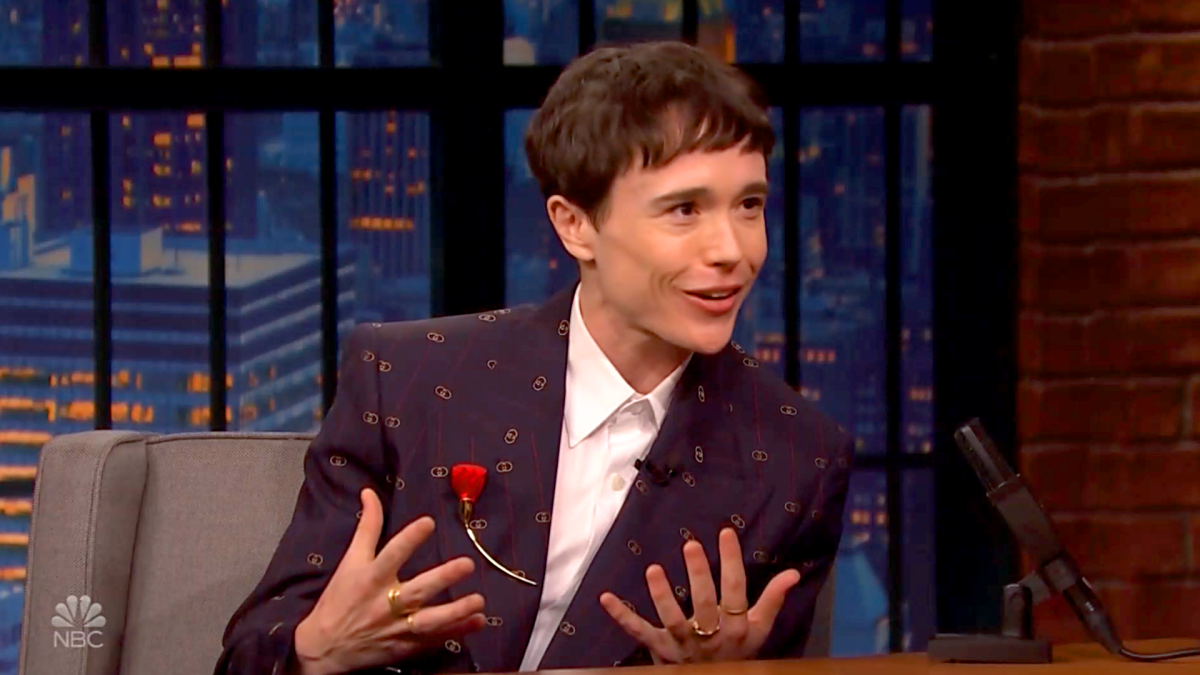 Elliot Page joined Late Night With Seth Meyers on Tuesday and addressed some of the negative reaction he has received since transitioning. The Umbrella Academy star has spoken about being verbally accosted in public after coming out as transgender and says he’s saddened such outbusts.

“I feel like it’s one of those things where it’s so unfortunate, because it’s like, we’re all on the same team here, you know? Whether you’re trans, gender-nonconforming, cis,” Page said. “We all have these expectations, and these, sort of, limits and constraints because of people’s obsession with the binary, and how we’re all supposed to live our lives.”

Page said he’s focused on how his life has improved since making the transition, not the negativity.

But he is holding out hope that the haters will come around.

“It’s improved my life drastically,” Page said, “and I hope, you know, I hope maybe people who do have an issue with me can maybe try and hear that, or embrace that on some level.”

Watch Kim Kardashian halt a Tonight Show interview to reprimand her kids: ‘Guys, can you stop?’: