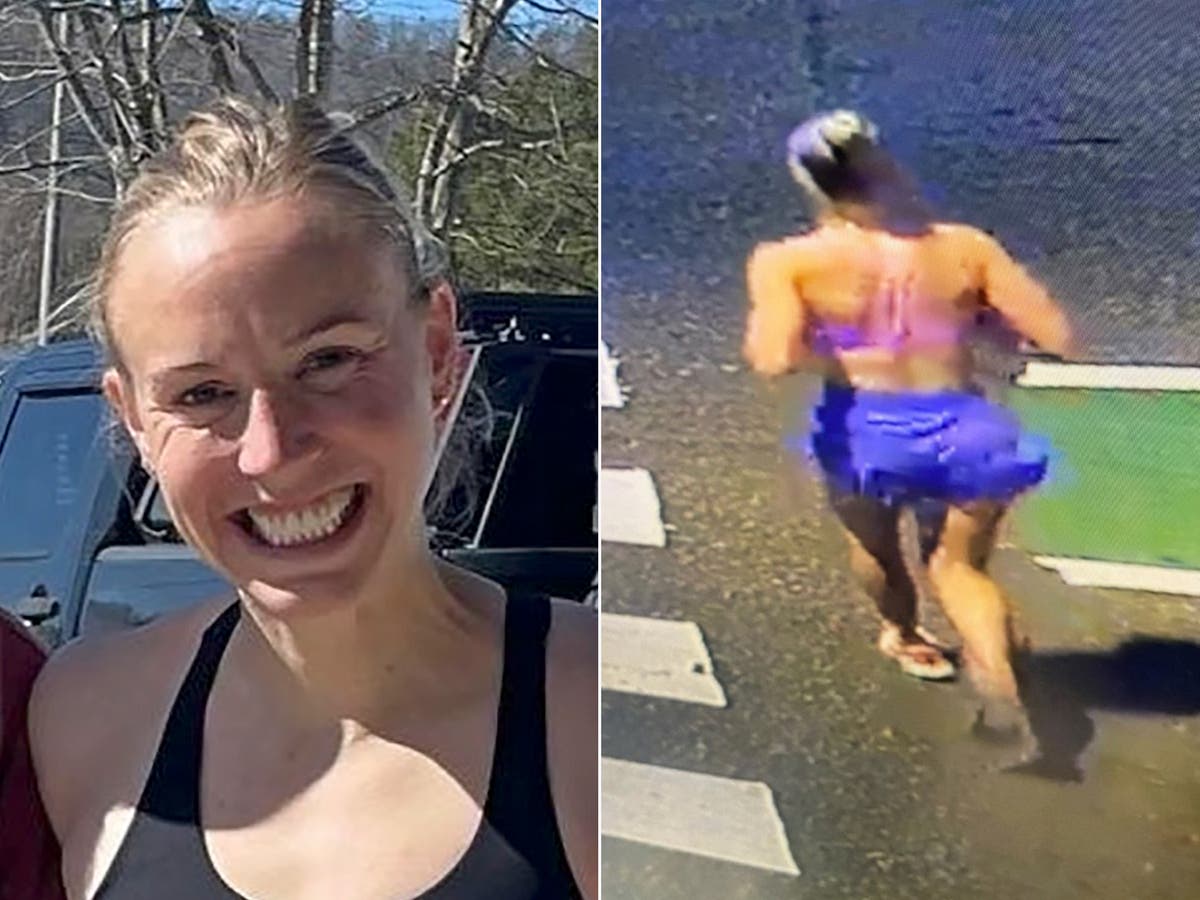 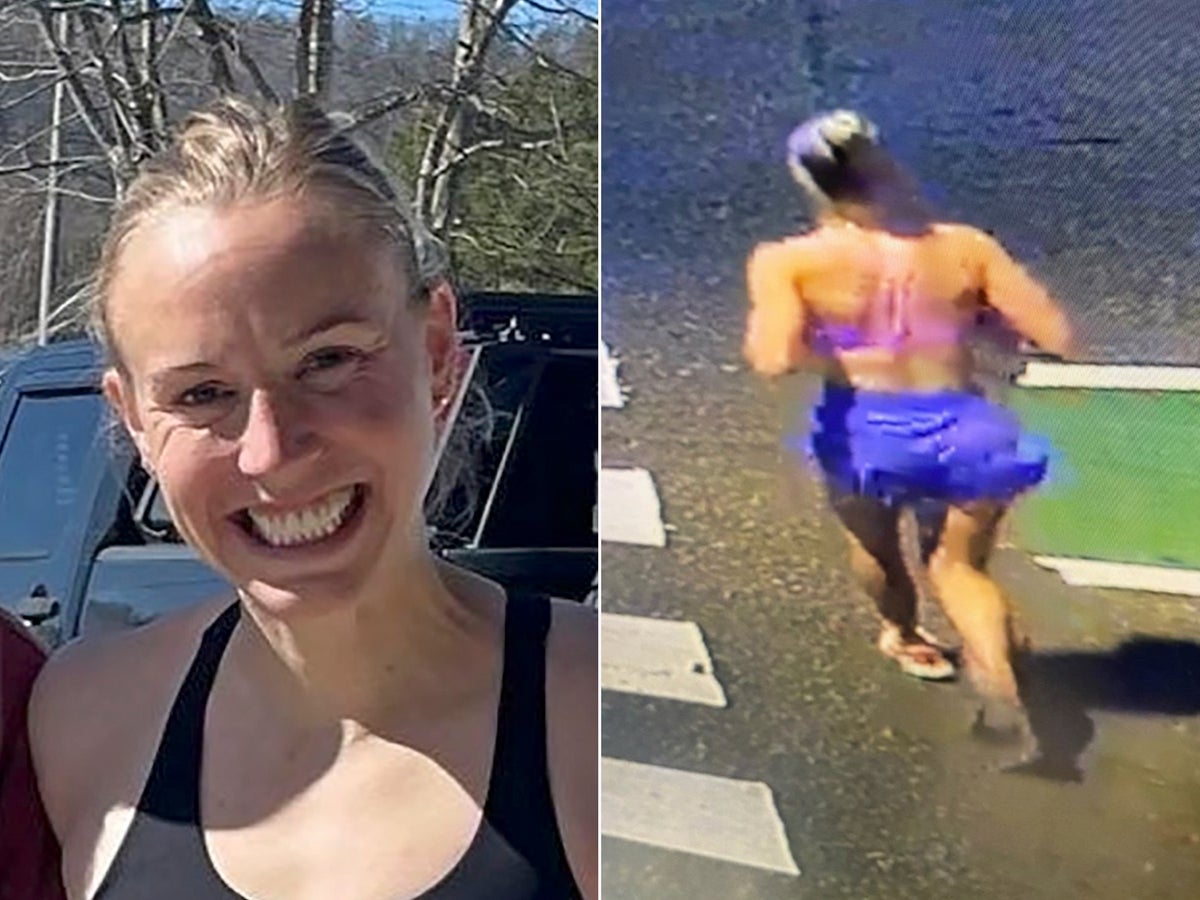 Women have taken to social media to voice their frustrations about the dangers they face in their daily lives, after Memphis business heiress Eliza Fletcher was violently abducted and murdered while out on her regular morning run.

The 34-year-old married mother-of-two and granddaughter of the founder of the Orgill hardware supply business empire was jogging close to the University of Memphis campus at around 4.20am on Friday when a man snatched her and bundled her into an SUV .

She was reported missing by her husband three hours later when she failed to return home.

Her body was found three days later dumped in tall grass at the back of a vacant property around seven miles from where she was last seen alive. The fitness enthusiast’s Lululemon running shorts were discovered in a trash bag nearby.

Cleotha Abston, a 38-year-old man who served 19 years in prison for a prior kidnapping, has now been charged with her murder.

So far, there is no sign that the two had any connection prior to the deadly attack, with Shelby County District Attorney Steve Mulroy saying there is “no reason to think this is anything other than an isolated attack by a stranger”.

Following the tragic discovery of Ms Fletcher’s body, the hashtag #ElizaFletcher began circulating on Twitter as her name joins a growing list of women who have been attacked or killed while out for a run.

Many social media users fired back at criticism that the 34-year-old woman went for a run in the early hours of the morning, arguing that she should have been able to do so without fear of being killed.

“How about instead of saying ‘she shouldn’t have been jogging at 4:30 in the morning’…we say that no one should be fearful of being abducted or killed on a run. She did nothing wrong. #better #ElizaFletcher,” one woman tweeted.

In a follow-up tweet, she listed multiple other women who have been attacked while out running.

“They were all women who went for a run and never came home. #wedeservebetter.”

Several other Twitter users slammed people for “victim blaming” Ms Fletcher, saying that the only person who did anything wrong that day was her killer.

“She was a Boston marathon qualifier – this is common practice. She she did not make a mistake and had every right to complete her morning routine alive,” one person wrote.

“This is not her fault. This is the fault of a predator. Do not victim blame.”

Another woman tweeted: “In my opinion, it’s time to start imposing a curfew on men until they can get their s*** together and stop feeling like they have a right to snatch and murder women.

Another woman voiced her frustration that women are expected to change their behavior and prepare themselves for potential attack rather than men simply stopping carrying out violent attacks.

“WE ARE SICK & TIRED OF HAVING TO WATCH OUT FOR MEN JUST BECAUSE WE BREATHE,” she wrote.

“Let’s put “women can’t run whenever and wherever they want” on the long list of things we’re not allowed to do. #ElizaFletcher,” another person sarcastically tweeted.

Another person wrote: “Women runners worry most about 2 things before a run-whether they’ll be abducted/assaulted/murdered or if they’ll be subjected to cat calls and being sexualized.

“Men worry about whether they should poop before or after their run. We are not the same.”

The murder of Ms Fletcher, a kindergarten teacher and marathon runner, has shone a spotlight on the multiple other women who have been killed while out for a jog in recent years.

Ally Brueger, a 31-year-old nurse, would go on 10 mile runs near her home in Michigan every day. In July 2016, she was shot in the back and killed while on one of her usual runs her.

Her killer has never been found.

One month later, avid runner Karina Vetrano was sexually assaulted and strangled as she jogged through a park near her home in Queens, New York City. The writer and speech pathologist had tried to put up a “ferocious fight” against her attacker.

That same month, 27-year-old Google employee Vanessa Marcotte vanished while out for a run during a visit to her mother’s home in Princeton, Massachusetts.

Her body was found hours later naked and burned, half a mile from the house.

In July 2018, Mollie Tibbetts, a University of Iowa student, vanished while out for a jog near her home in Brooklyn, Iowa. Her body was later found buried in a shallow grave in a cornfield, with only her bright running shoes visible. She had been stabbed to death.

In August 2020, 25-year-old nurse Sydney Sutherland was snatched in eerily similar circumstances while running near her home in Arkansas. Her body was found two days later.

A farm worker pleaded guilty to her rape and murder last year.

Over in Washington DC, 35-year-old Wendy Martinez was stabbed to death while out for an evening run in September 2018.

The tech executive was stabbed seven times when she briefly stopped at traffic lights, before her attacker fled the scene. She had her engagement just six days earlier.

This January, 23-year-old primary school teacher Ashling Murphy was murdered while on an afternoon run along the banks of a canal in Ireland.

Ms Fletcher’s family members broke their silence on Tuesday, saying that they are “heartbroken and devastated” by her “senseless” killing.

They paid tribute to the 34-year-old mother-of-two, known as “Liza” to her loved ones, as “such a joy” to all who knew her.

“We are heartbroken and devastated by this senseless loss. Liza was such a joy to so many dela — her family dela, friends, colleagues, students, parents, members of her Second Presbyterian Church congregation, and everyone who knew her, ”the family said in the statement.

“Now it’s time to remember and celebrate how special she was and to support those who cared so much for her.”

Ms Fletcher’ accused killer is scheduled to appear in court for a second day in a row on Wednesday morning on murder charges.

Abston has a prior kidnapping conviction and was released from prison less than two years ago.

In an eerily similar situation to the kidnapping of Ms Fletcher, Abston bundled a Memphis attorney into his vehicle in an early morning attack.

On 24 May 2000, at around 2am, Abston and an accomplice Kemper Durand in his vehicle, got out and forced attorney into the trunk of his car. They then drove the victim around for several hours before taking him to an ATM where they robbed him.

The victim was saved when he shouted for help from an armed guard nearby, prompting his attackers to flee.

Abston pleaded guilty in 2001 to especially aggravated kidnapping and was sentenced to 24 years in prison.

It was released in November 2020, after serving 19 years.