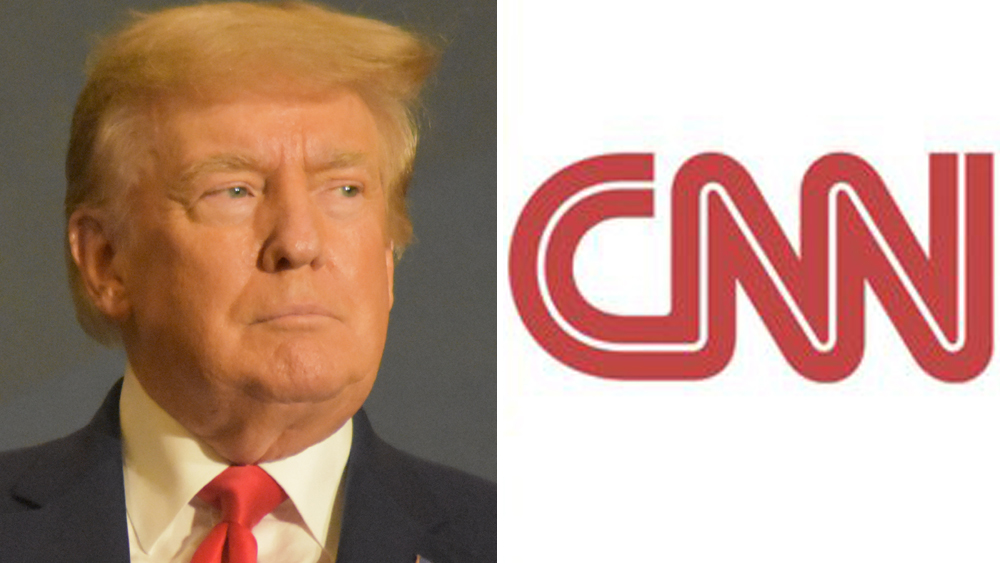 Facing a potential Department of Justice probe over the January 6, 2021 attack on the Capitol and more legal quicksand, Donald Trump has gone on the offensive against old foe CNN with a threatened defamation suit.

“This letter serves as formal notice of the false statements about President Donald J. Trump (“President Trump”) in numerous articles and televised transmissions published by Cable News Network, Inc. (“CNN”) including, but not limited to, those discussed below,” reads a July 21 missive that the former POTUS’ DC attorneys at Ifrah Law, PLLC sent to CNN boss Chris Licht and EVP and General Counsel David Vigilante. Specifically, the Kafkaesque correspondence focuses on on-air and online use by CNN mark talent and reporters of the term the “Big Lie” in regards to Trump’s repeated assertions that the 2020 election was stolen from him and the GOP.

“In this instance, President Trump’s comments are not lies: He subjectively believes that the results of the 2020 presidential election turned on fraudulent voting activity in several key states,” the 282-page letter from the lawyers with exhibits goes on to say, using Webster’s Dictionary’s definition of the word “lie” to make their legally looming point. “Without regard for President Trump’s genuine belief in his statements, CNN has published numerous articles characterizing him as a ‘liar’ and the purveyor of the ‘Big Lie,’” the letter declares (read it here.)

Over the past year and a half, Trump has continued to say that he was the winner of the 2020 presidential election, telling an audience as recently as Tuesday that he “won a second time.” (In its story on Trump’s speech in Washington, DC, CNN referred to the former president’s statement as “lies around the 2020 election”). The ongoing January 6th Committee hearings have shown that even as Trump insisted that he won the 2020 election, he was told that his election fraud claims were baseless.

Now, as anyone who has paid attention to the former Celebrity Apprentice host before, during, and after his White House reign, Donald Trump loves to try to intimidate critics, rivals and non-Rupert Murdoch-owned media with legal action. For the most part, it is an exercise in bloviation, and nothing ever comes of it. Which, as the 2022 mid-2022, closer and an announcement of an anticipated White House inch Trump lunge at the White House could come even sooner, could come even sooner, the case here with this salvo against the Warner Discovery-owned CNN. Either way, the clock is ticking to some extent.

“CNN must publish a full and fair correction, apology, or retraction, in the same editions or corresponding issues of the website publication in which the aforementioned articles, transcripts, or broadcasts appeared and in as conspicuous a place and type as said original article, transcript or broadcast within ten (10) days from the date of service of this notice,” said the correspondence from last week.

“Failure to publish such a correction, apology, or retraction will result in the filing of a lawsuit and damages being sought against youCNN.”

CNN did not respond to requests from Deadline to comment on the nearly week-old letter.

However, no surprise, fresh off a grim and grievance-packed speech in DC yesterday to the America First Policy Institute, Trump did have more to say about his lawyers’ letter.

“I have notified CNN of my intent to file a lawsuit over their repeated defamatory statements against me,” the former President said in a statement today after the letter to CNN became public. “I will also be commencing actions against other media outlets who have defamed me and defrauded the public regarding the overwhelming evidence of fraud throughout the 2020 Election,” he went on to say, perhaps hinting at forcing the Murdoch-owned Fox News through the courts to love him again. “I will never stop fighting for the truth and for the future of our country!”

Ted Johnson contributed to this report.