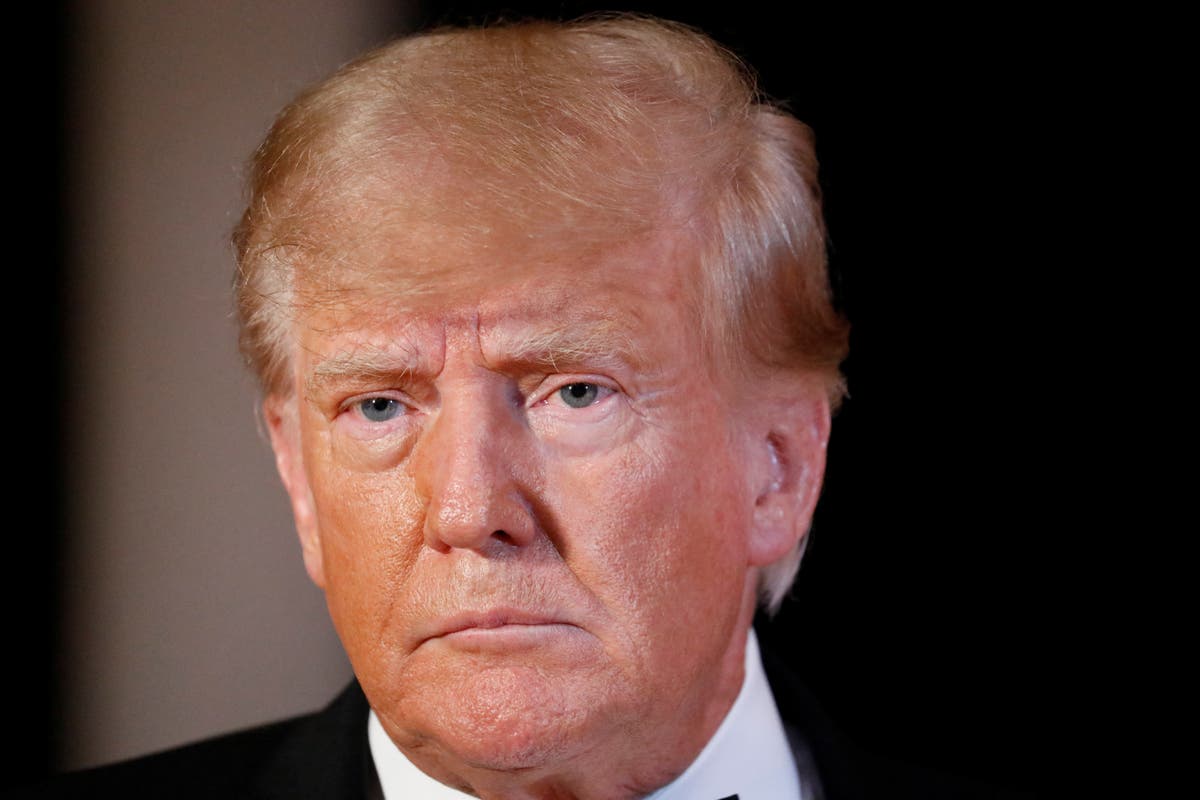 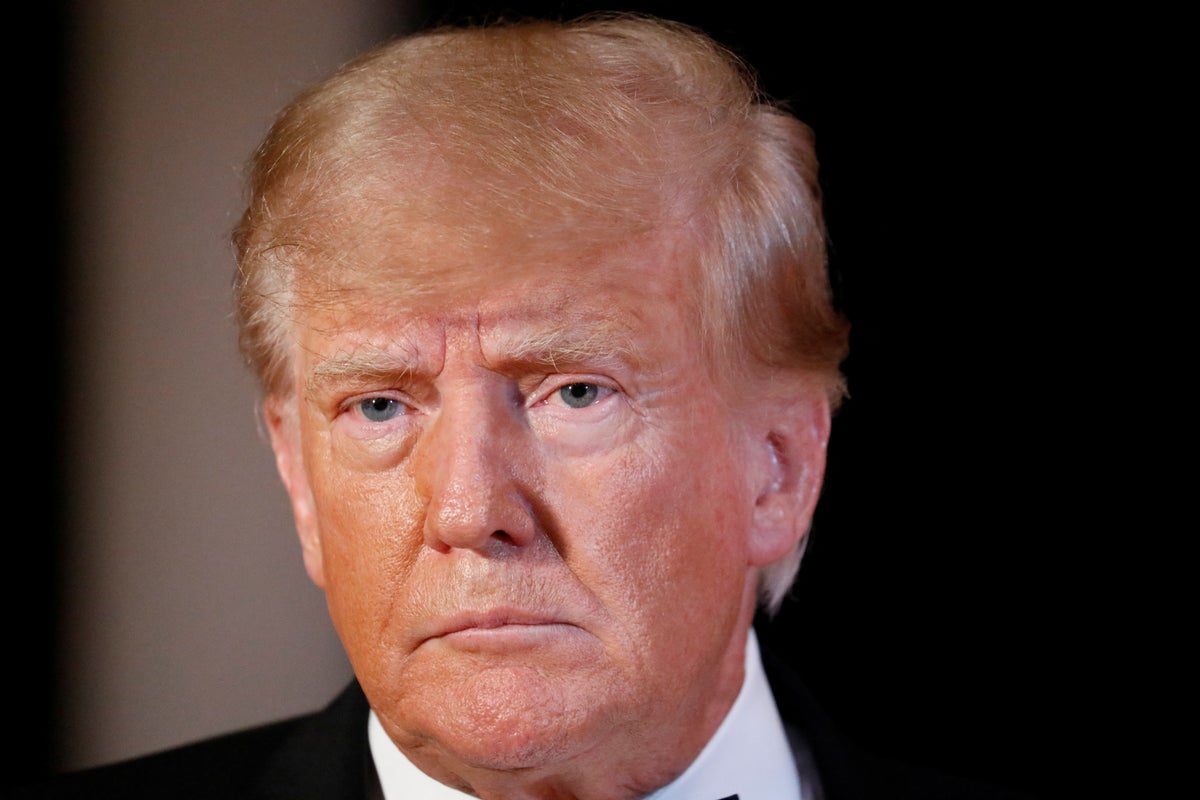 Donald Trump has hosted the conservative creators of the “Libs of TikTok” and Babylon Bee social media accounts at Mar-a-Lago.

NBC News reports that it is part of a charm offensive by the 2024 Republican presidential candidate, whose campaign has its first event this weekend in South Carolina.

Earlier this week, Mr Trump leaped to Mike Pence’s defense after it emerged that classified documents had been found in the former vice president’s Indiana home.

In a Truth Social post, Mr Trump called Mr Pence an “innocent man” and urged people to “leave him alone”.

It’s a marked difference from his response to the discovery of classified documents at President Joe Biden’s Wilmington home and an office he used in Washington DC.

Now, classified documents have been found at the homes of Mr Trump, Mr Biden, and Mr Pence, prompting investigations into the matters.

Meanwhile, a Georgia prosecutor said that a decision was “imminent” around whether or not to bring charges against Mr Trump and his allies over their efforts to overturn the 2020 election in the state.

Donald Trump has hosted the conservative creators of the “Libs of TikTok” and Babylon Bee social media accounts at Mar-a-Lago.

NBC News reports that it is part of a charm offensive by the 2024 Republican presidential candidate, whose campaign has its first event this weekend in South Carolina.

Despite launching in mid-November 2022, the former president’s campaign has been slow to gain any traction or momentum and Mr Trump has barely left his Palm Beach home.

Citing a source with knowledge of the strategy, the network says Trump met with Seth Dillon, founder of the conservative political satire website Babylon Beeand had dinner with Chaya Raichik, owner of the “Libs of TikTok” Twitter account.

Ms Raichik posted a photo of herself with the former president.

Democratic discomfort was on display as senators kept mum on Representative Ruben Gallego’s decision to run against Independent Senator Kyrsten Sinema in Arizona, despite her defection from the party last month.

Eric Garcia reports on the reaction in Congress.

McCarthy loses his cool at reporters over George Santos questions

House Speaker Kevin McCarthy dressed down a reporter in the US Capitol during a press conference on Tuesday after the reporter questioned him about why he wasn’t doing more to punish George Santos for repeatedly lying to voters and the media.

CNN’s Manu Raju began the exchange on Tuesday by questioning Mr McCarthy about whether his resistance to calling for Mr Santos to resign, a step several of his GOP colleagues have taken, was due to his desire to protect a single-digit Republican majority in the chamber .

john bowden reports from Washington, DC, on what was said.

After years of resistance, Trump has discovered texting, report says

According to reporting by Jonathan Swan and Maggie Haberman in The New York Timesformer president Donald Trump has discovered text messaging.

Despite long being famous for his unfiltered tweets (Now Truths?) in the public sphere, Mr Trump has long avoided communicating by email or text in private, something that may have helped him avoid worse legal jeopardy than he is currently in.

Citing three people with knowledge of his new habit, Swan and Haberman report that messages from the former president have shown up on the phone of surprised recipients.

A lack of written electronic communication from the one-time president was notable in the January 6 investigation when other Trumpworld figures’ texts and emails were key to building the case against him.

To date, Mr Trump’s texts are described as innocuous and have included new year greetings and political comments.

McCarthy targets Biden over documents – despite new revelations about Pence

The Independent asked Mr McCarthy about CNN’s report that Mr Pence found documents at his home in Carmel, Indiana and promptly returned them.

Eric Garcia reports on how the speaker responded to his question.

Documents with classified markings were discovered in former vice president Mike Pence’s Indiana home last week, his lawyer has told the National Archives – the latest in a string of discoveries of confidential information in private residences. The records “appear to be a small number of documents bearing classified markings that were inadvertently boxed and transported to the personal home of the former vice president at the end of the last administration”, his lawyer Greg Jacob wrote in a letter to the Associated Press . Mr Pence served under Donald Trump from 2017 to 2021. Click here to sign up for our newsletters.

Notorious white nationalist and virulent antisemite Nick Fuentes has been suspended from Twitter, again, one day after he was able to return to his verified account.

Mr Trump has refused to condemn either of the men and their history of rampant antisemitism and Mr Fuentes’s links to neo-Nazism, anti-LGBT+ bigotry and misogyny.

Alex Woodward has the latest.

Trump blames everyone else as potential Georgia cartoons loom

Donald Trump issued a potentially revealing statement on Truth Social as news broke Tuesday that authorities in Fulton County, Georgia, are nearing a decision on charges for multiple members of his inner circle — including potentially Mr Trump himself.

The former president, out of nowhere, brought up his now-infamous 2 January 2021 call to Georgia Secretary of State Brad Raffensperger in which he instructed the state elections chief to “find” more than 11,000 votes he would have needed to surpass Joe Biden’s total in the state.

Pence to visit Florida on Friday

The likely 2024 contender is ostensibly in the state as part of his book out for his memoir So Help Me God.