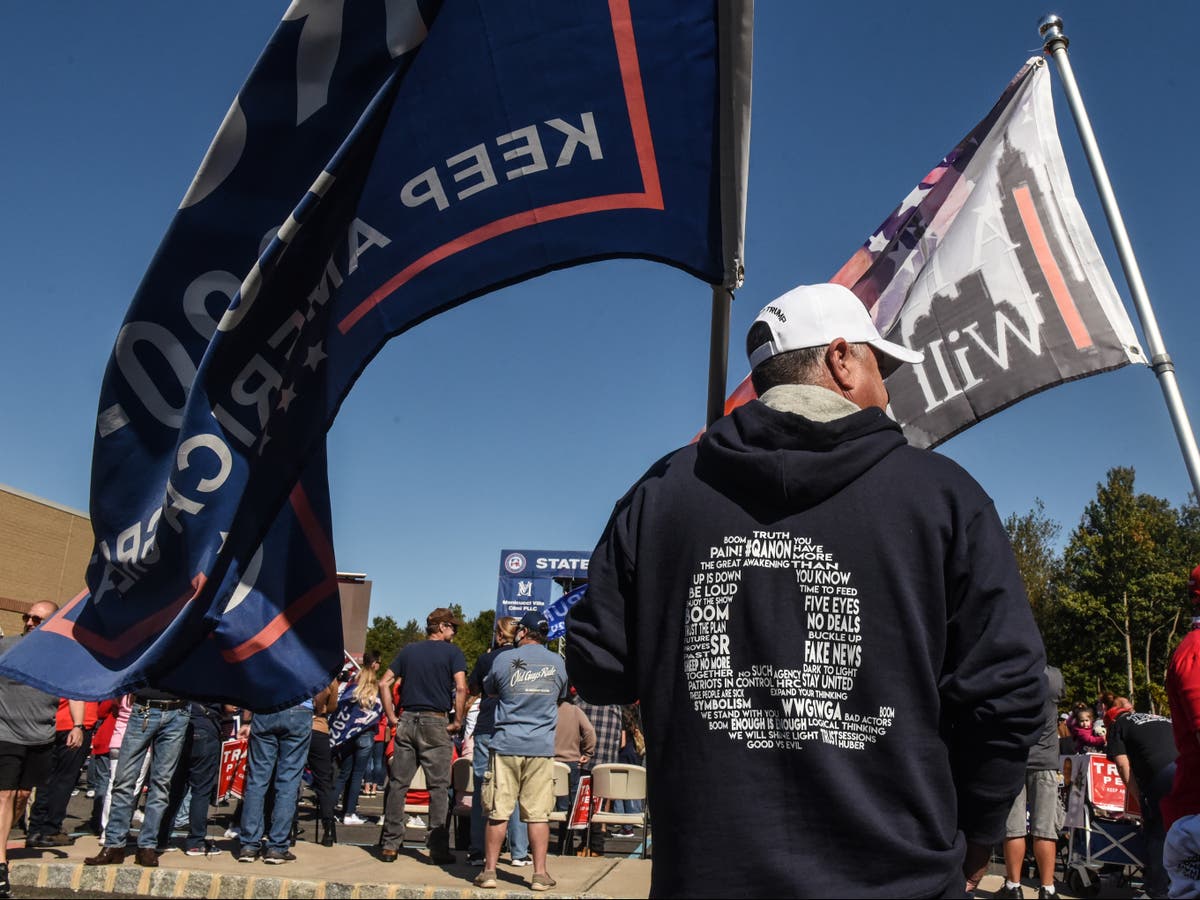 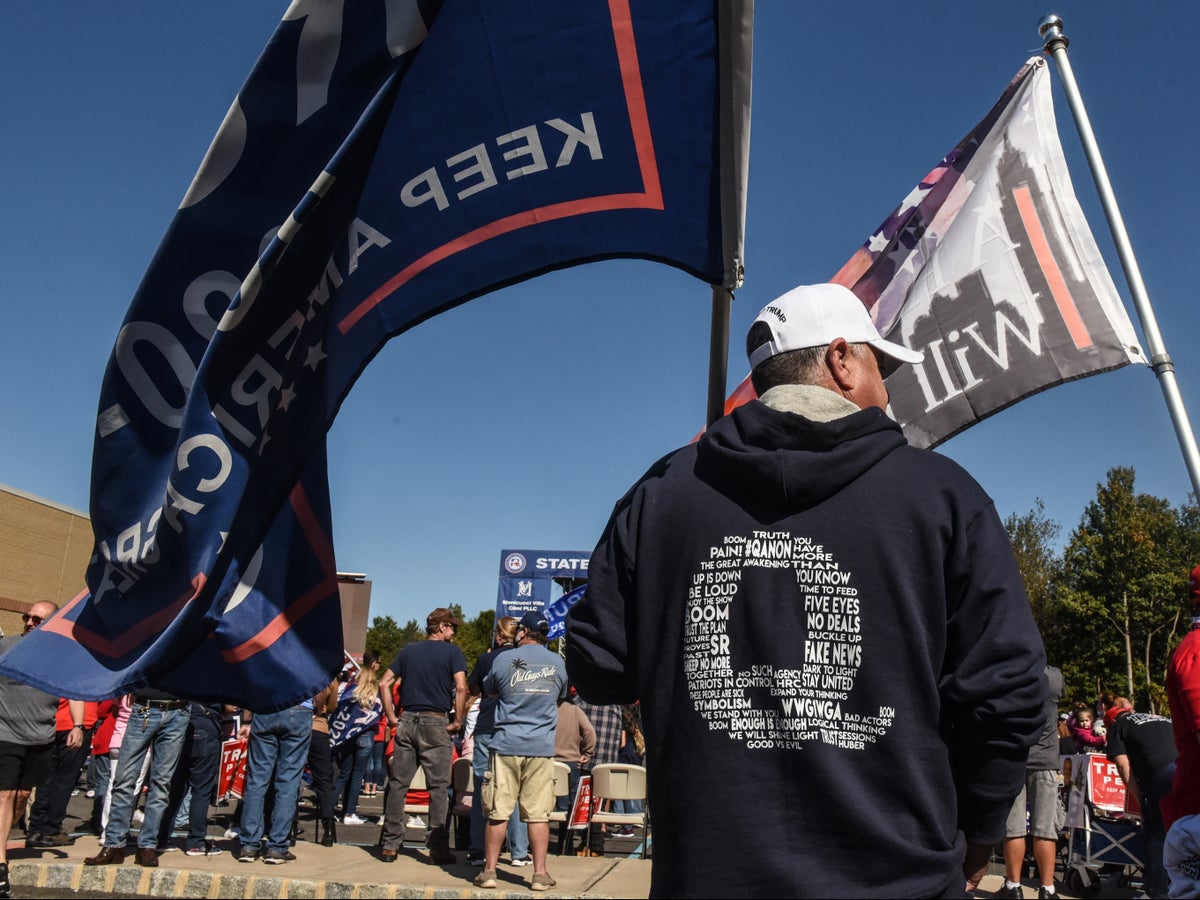 In the summer of 2020, as an obscure conspiracy ideology called QAnon began growing in prominence, then-president Donald Trump said he hadn’t really heard of the movement, but though its supporters were patriots and should be praised for backing his administration.

“I’ve heard these are people that love our country,” he said to the White House press briefing that August. “I don’t really know anything about it, except that they do supposedly like me,” he added.

The president didn’t seem deterred when a reporter laid out just how outlandish the movement’s claims really were: that a cabal of Satan-worshiping paedophile Democrats controlled the “deep state,” and could only be vanquished by Mr Trump.

“I haven’t heard that, but is that supposed to be a bad thing or a good thing?,” he said, continuing, “If I can help save the world from problems, I’m willing to do it.”

Two years later, the former president has gone full QAnon as he positions himself for a potential 2024 president run.

This week, on his Truth Social network, he posted an image of himself wearing a QAnon pin, along with cryptic phrases popular in the movement like “WWG1WGA” and “The storm is coming,” a reference to the movement’s belief Mr Trump will return to power and publicly try his enemies for treason.

Followers of the mass delusion clearly picked up on Mr Trump’s message.

Supporters on Truth Social appeared to love the re-truths. “God is bringing the Storm, DJT is rallying the troops,” one wrote.

On other Q forums, another user wrote: “It’s almost like Trump is trying to tell us something.”

Earlier this month, the former president closed out a rally in Pennsyvlania with a QAnon song, also titled “WWG1WGA,” which stands for “Where we go one, we go all.”

The moves mark a clear escalation in Mr Trump’s public embrace of the movement, whose followers were among those who stormed the US Capitol on January 6, and who have been involved in other violent incidents across the country.

An Associated Press analysis of the former president’s social media behavior shows that more than a third of the accounts he’s promoted on Social Truth appear to be QAnon supporters.

It’s the latest in the former president’s long flirtation with the movement, who rabidly supports his political ambitions.

While he was in the White House, Trump officials defended this relationship.

“He believes his supporters are good hard-working people who love this country. He is not in the business of ‘basket of deplorables’ politics,” then-press secretary Kayleigh McEnany said in 2020.

At a meeting of top Republicans that same year, Mr Trump stunned a room into silence by calling QAnon supporters, some of whom want Mr Trump to execute top Democrats, people who “basically believe in good government,” the Washington Post reported.

The FBI has warned on multiple occasions the QAnon movement represents a violent threat to public safety, but that hasn’t stopped Mr Trump from backing Q-friendly politicians like Georgia congresswoman Marjorie Taylor Greene.