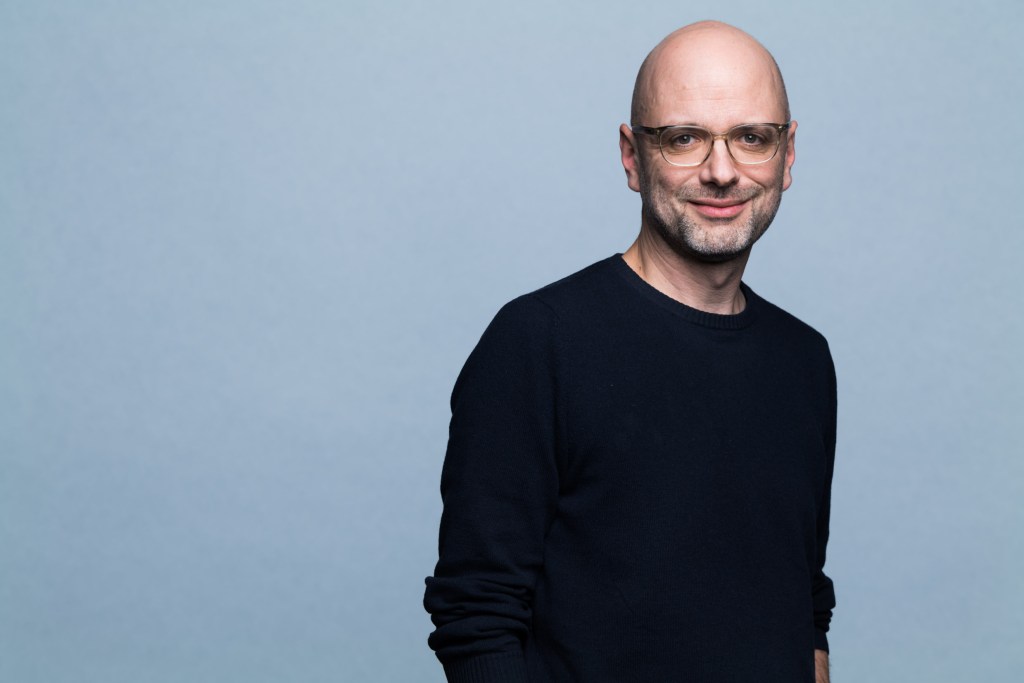 German director Kilian Riedhof’s drama You Will Not Have My Hate is inspired by the experiences of French writer Antoine Leiris, whose wife was killed in the Bataclan nightclub during the November 13, 2015 Paris terror attacks, leaving him to raise their young son alone.

Leiris became a symbol of quiet defiance in the face of the attackers following a Facebook post, in which he expressed his determination to build a new life with his son based on happiness and love, rather than hatred.

The post went viral and Leiris found himself at the heart of a local and international media storm.

Reidhof and co-writers Marc Blöbaum and Jan Braren adapted the film from Leirin’s autobiographical novel ‘You Will Not Have My Hate’ charting his emotional journey from the night of the attack; to struggling with his loss and then finding the courage to embark on a new life.

Stranger By The Lake actor Pierre Deladonchamps plays Leiris with support from Camélia Jordana as Leiris’s wife, and child actress Zoé Iorio as the son.

Haut et Court is due to be released in France in November as the country marks the seventh anniversary of the attacks. Before that, the picture makes its world premiere at the Locarno Film Festival on August 12 on its 8,000-capacity Piazza Grande.

Riedhof spoke to Deadline about the film ahead of the premiere.

DEADLINE: Nearly seven years on from the attacks, the memories of November 13 2015 remain raw in France’s national psyche. Do you French spectators will be ready to watch this film?

KILIAN RIEDHOF: We were pretty aware of this, especially as we are a German crew telling a very French story. We were careful not to push the buttons too much. I heard a lot of stories from people in Paris, who were supposed to go to the Bataclan, or knew people who were in it. People are still very interested in what happened that night.

I was in Hamburg and watched it all night long on TV, it was the same for us; it was a shock to see the city that stands the most for liberty in all of Europe attacked. It was important for me to capture this sense of horror but not to show or reconstruct what happened. I wanted to give an inside view through this man and his son him who were hit so hard by the attack.

DEADLINE: Did you feel comfortable as a German director taking on this very French story, and how did you achieve its authentically French feel?

RIEDHOF: We worked with a French production company [Haut et Court] which brought all its sensitivity to the film. We had to do our research because even things like breakfast habits, or how long you read bedtime stories, are very different in France and Germany.

We shot most of the exteriors in Paris, and for the interiors, built the apartment in Cologne. Our French actress told us, “It’s just like in Paris. We don’t feel any difference”. This was very important for us. We even did things like bringing the window frames from Paris to Cologne.

RIEDHOF: Yes, and to my big relief, he liked it very much. He was very happy with the casting. He felt he was well represented by Pierre Deladonchamps. There’s a certain resemblance between the two of them, in their essence, in the way they feel and behave.

For me, it was the biggest compliment that he was overwhelmed by it, and liked it very much. He saw his life in this film. It was a big contribution to giving us the filming rights, especially to a German group. I think maybe, it was important for him to give them to people who were a bit removed from the epicentre of Paris.

DEADLINE: There must have been a lot of interest in those rights?

RIEDHOF: There were production companies from all over the world interested in this story. We were very happy when we met him for the first time in Paris, with producer Janine Jackowski at Komplizen, that he trusted us.

I’d never had a meeting like that with a person who had lived through such a tragedy. It was the beginning of a very vulnerable and fragile process, even during the shooting.

I have confidence in my work as a director, but this was special; you feel insecure because you take over the insecurities of the situation, of the city, the family and of course Antoine. You feel this instant insecurity in your own person and in your own creative process but you have to commit to that, otherwise, you’re just telling a story. This needs more than just storytelling in a normal way, you have to listen to what happened.

DEADLINE: Is Antoine Leiris going to be involved in the release campaign?

RIEDHOF: When he gave us the filming rights, he told us, “Go for it. It’s now your film”. We got some detailed information about his life, which was very helpful for us, but he did not want to be part of the process. I think when the film comes out, he won’t be part of the media campaign. And I totally respect this, since this is his private life, which he exposed.

I think he wants to avoid the impression that he is selling his life. His message that we can’t counter hate with hate is very important to him, and he doesn’t want to harm it.

DEADLINE: What does it mean to you to world premiere this film on Locarno’s Piazza Grande?

RIEDHOF: For me as a filmmaker, it’s a dream, because I’m very dedicated to the audience. The audience is really the most important thing. The world premiere will be in front of 8,000 people. The heart and soul of movies is the audience and the reaction of the audience. The film fits the Piazza Grande.

Terrorists push us away from the places where we chat and communicate in a free Western society. After the attacks, these places were emptied because people were frightened to meet on the streets. It’s great that this film will show in a square where people meet. That’s one answer to those people, you can’t push us away from our places. We are back.