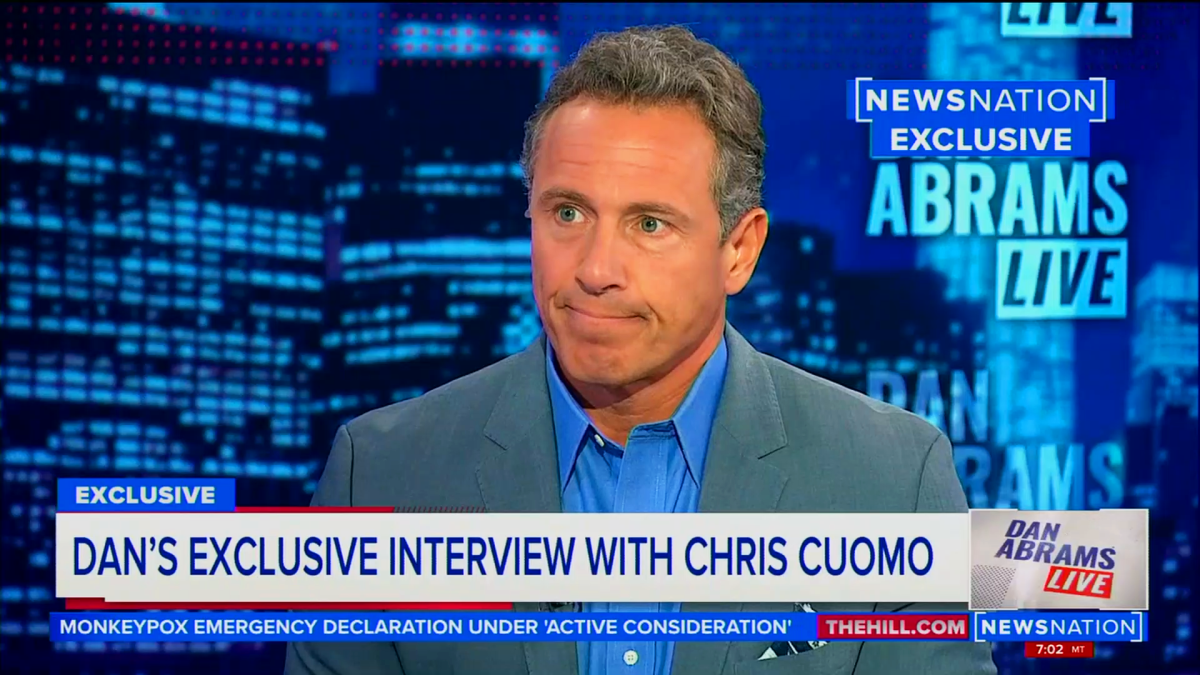 Former CNN anchor Chris Cuomo joined Dan Abrams Live on Tuesday for his first televised interview since being fired by the cable news network late last year. Cuomo was originally believed to have been fired for advising his brother, former New York Gov. Andrew Cuomo, who faced multiple scandals. Subsequent reports indicated that the sexual assault accusation also contributed to his firing of him, an accusation from Chris Cuomo denies.

While Cuomo addressed his firing in the lengthy interview, he expressed regret about the effect he’s had on his family.

“You don’t grow up the way I did, and do this many years in this ugly business, and don’t get a skin… you know, a real hide,” Cuomo said. “But your kids, your loved ones, they have to wear that badge as well.” He later added, “I never wanted to be in politics, but — I want to let my kids be their own people. And then, here I am. And there’s regret that goes along with that.”

Cuomo has said on multiple occasions that he doesn’t regret trying to help his brother, he said that at the time, he wasn’t thinking about the impact it would have on his wife and kids.

“While I thought that I’m doing this for my family, that’s why I did it,” Cuomo said, “but what did I expose my kids to? My wife? The people in my life? I didn’t think about it at the time. I just thought it was the right thing to do, so I did it.”

And as Cuomo prepares to jump back into public life with his new podcast, The Chris Cuomo Projectand a primetime show on NewsNation this fall, he now has a different perspective on what that means.

“When you’re in public life, it’s not just about you. We lie to ourselves and tell ourselves that. It’s not,” Cuomo said. “Your kids are gonna have to live with what you do. And I’ve given that a lot of thought.”

Check out the bizarre America’s Got Talent comic who was a familiar face in disguise: