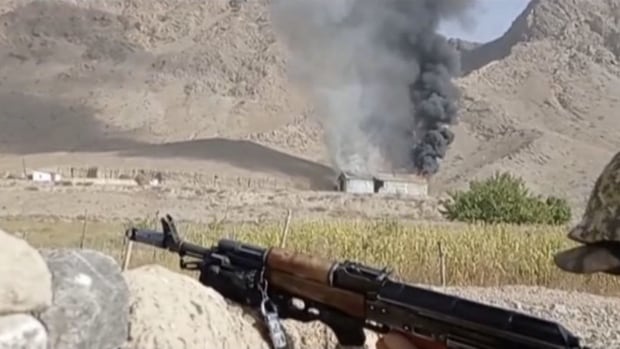 Kyrgyzstan accused chief neighboring Tajikistan of firing at its border guards Friday evening, hours after the securitys of the two countries agreed on a ceasefire.

Kyrgyzstan’s Health Ministry reported that clashes on the Kyrgyzstan-Tajikistan border that started early Friday killed two people, including a 15-year-old girl, and 55 others, most of whom they were hospitalized.

It wasn’t immediately clear what prompted the standoff or the renewed shelling later in the day, but the serpentine border the two ex-Soviet nations share is often a tense area. In 2021, a dispute over water rights and the installation of surveillance cameras by Tajikistan led to confrontations near the border that killed at least 55 people.

According to the Kyrgyz border service, Friday’s fighting erupted early in the morning, when Tajik forces first fired at Kyrgyz border guards. As tensions mounted, the border service accused Tajikistan of using mortars, tanks and armored vehicles to shell Kyrgyzstan’s positions, targeting an airport near the border with multiple rocket launchers and destroying civilian infrastructure.

The Kyrgyz border service later reported in a statement that the two countries’ security chiefs agreed to cease the hostilities starting from 4 pm local time, but it appeared to have only held for several hours.

The presidents of Kyrgyzstan and Tajikistan, Sadyr Zhaparov and Emomali Rakhmon, met Friday at the summit of the Shanghai Co-operation Organization in Uzbekistan. According to a statement on Zhaparov’s website, the two leaders discussed the border situation and agreed to task the relevant authorities with pulling back troops and stopping the fighting.

Kyrgyz media reported that Zhaparov returned to Kyrgyzstan from the Uzbek city of Samarkand and immediately gathered the country’s Security Council for a meeting.

In the meantime, local authorities evacuated 18,000 people from the Batken region of Kyrgyzstan, according to media reports.