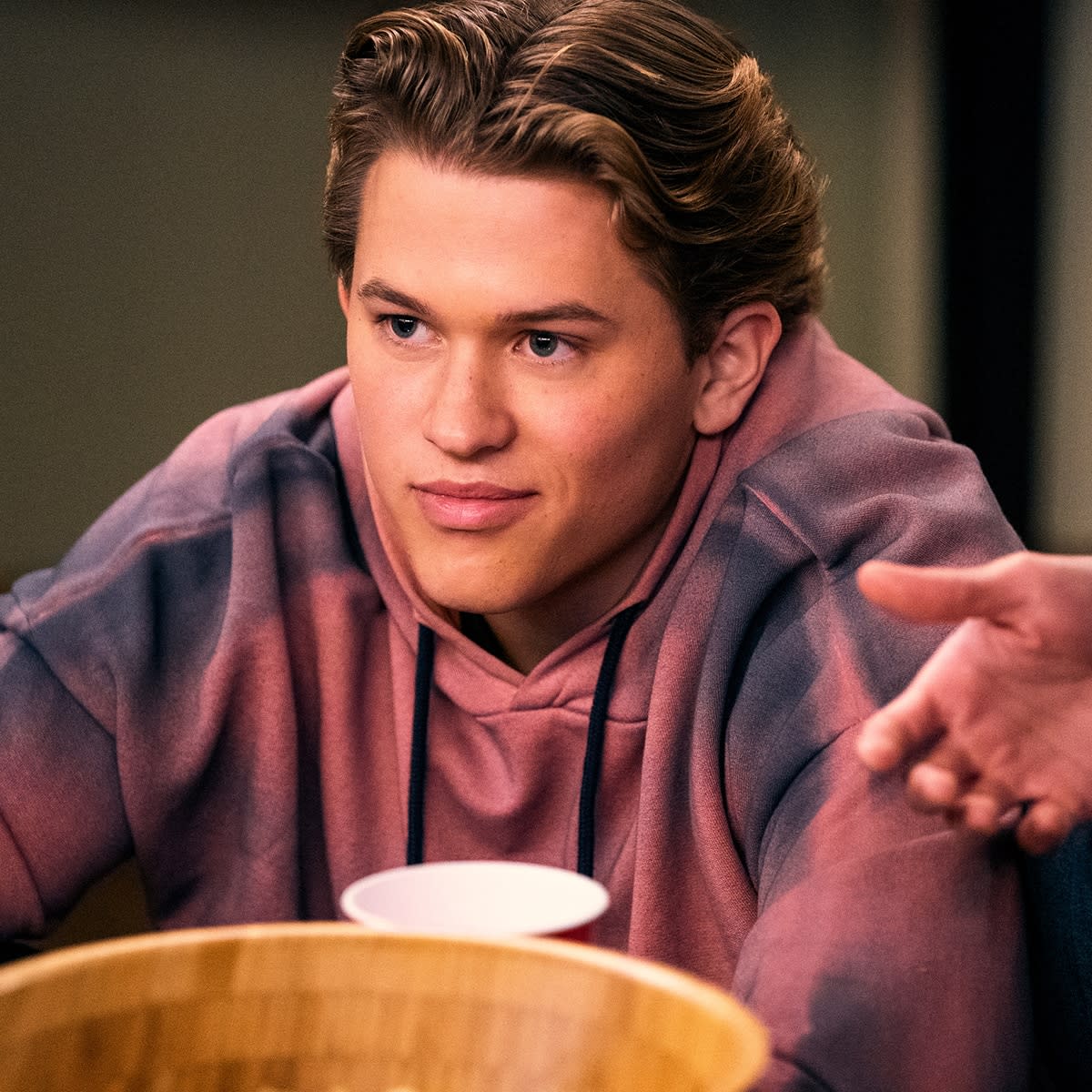 Deacon Phillippe is following in his parents’ footsteps.

The 18-year-old, who’s the son of Reese Witherspoon and Ryan Phillippeis set to make his acting debut in season three of Netflix’s Never Have I Ever. The streaming platform announced he will guest star as Parker in the upcoming episodes, which are set to premiere Aug. 12.

This is Deacon’s first official acting gig. It seems the recent high school graduate is just as ambitious as his parents, pursuing a career in both music and acting.

Unfortunately, Netflix only gave fans a photo of Deacon’s upcoming role, and like newcomer Terry Huwho plays Addison, he was noticeably MIA from the trailer.

Speaking of, the trailer gives a glimpse of Devi’s (Maitreyi Ramakrishnan) new social status after she and Paxton (Darren Barnet) finally get together. The preview shows them walking into school hand-in-hand, shocking the students with their relationship. Mr. Shapiro (Adam Shapiro) even spits out his drink—he’s that surprised.

But Devi’s haters come out in full force at seeing her good fortune. As she’s sitting in the toilets, she overhears a mean girl say, “Isn’t it crazy that Paxton and Devi are together?”

Or, as another girl suggests, “Maybe she’s just a huge slut.”

This commentary from the peanut gallery certainly does not help Devi in ​​her relationship. She winds up in a fight with Paxton, during which she brings up her insecurities about their compatibility with her, prompting Paxton to tell her, “You don’t think we make any sense.”

As Devi’s counselor Dr. Jamie Ryan (Niecy Nash) warns, “We discover that being in a relationship doesn’t solve all of our problems.” To this, Devi says, “The entire Olivia Rodrigo album would disagree with you.” Touché!

But could Devi’s new relationship be threatened by the entrance of a new man? See for yourself in the above trailer!

season three of Never Have I Ever premieres Aug. 12 on Netflix.

Behind the scenes drama? What do I watch next? Click here to get all the TV scoop straight in your inbox.