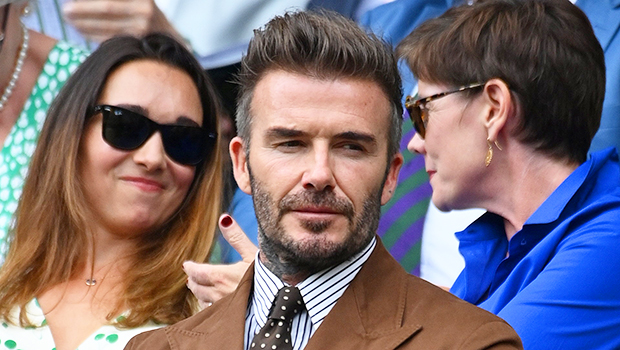 David Beckham proved he is just like any other British admirer of Queen Elizabeth II as he was spotted standing in the immense line to pay respects to the late monarch as she lay-in-state in Westminster on Friday (September 16). The uber-famous soccer icon looked quite dapper in his suit as he caused quite the commotion patiently waiting in the miles-long queue for over 12 hours at the time of reporting, having admitted to BBCNews that he joined the line at 2am.

David Beckham telling us what it’s been like waiting 12 hours to pay his respects to Queen Elizabeth II@BBCPolitics⁩ ⁦@BBCNews pic.twitter.com/EXkmEx0S3s

When asked how it had been to share the experience with everyone else in line by the outlet, David replied, “To be honest, it’s what we all envisioned, we all want to be here together, we all want to experience something where we celebrate the amazing life of our queen.” He added, “Something like this is meant to be shared together.”

Many of the people in their line their country were waiting with one of the biggest stars took to social media to the surprise. “Oooh and DAVID BECKHAM is just a few lines behind us in the snake. It’s causing quite the stir!” tweeted Jules Birkby. “The Queue is now full of people trying to photograph David Beckham and forgetting to actually move forwards. It’s madness!” she added.

David Beckham just told @itvnews at 2pm that he joined the #QueueForTheQueen at 2am. pic.twitter.com/43AxWdxB0k

Later in the day while still waiting in line, David spoke with ITV News about his personal history with the Queen, who died on September 8 at the age of 96. “I was very lucky. The most special moment for me was when I received my OBE (Order of British Empire, the second highest ranking of the British Empire excluding a knighthood/damehood). . . I took my grandparents with me who brought me up to be a huge royalist and of the royal family,” he explained to the outlet. “To have them there and then I step up to get my honor and to talk to Her Majesty. I was lucky to have a few moments with her.”