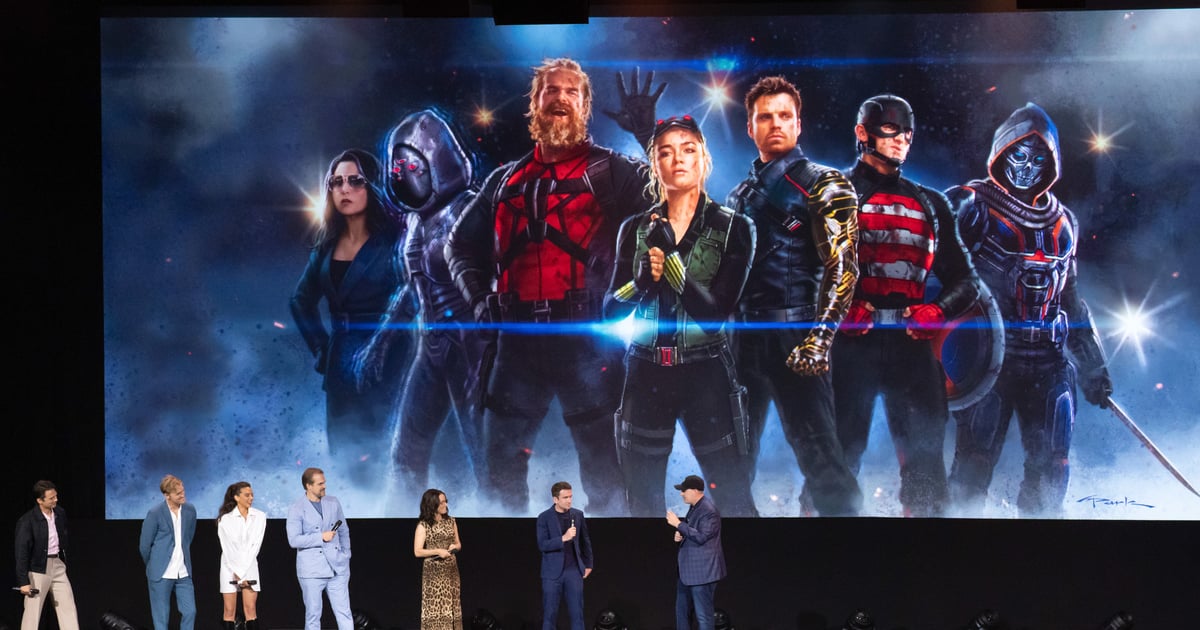 Marvel had a jam-packed panel full of announcements during the D23 Expo on Sept. 10. POPSUGAR was on hand for the event, which featured exclusive footage, previews, and appearances by casts of some of their most-anticipated new movies and series. Marvel head Kevin Feige kicked off the event with the cast of “Black Panther: Wakanda Forever,” who shared new footage from the movie for the audience. “Everything is bigger, everything is better, everything is new,” Winston Duke, who plays M’Baku, said of the film. He also previewed that the film would have tones of advanced technology. Late “Black Panther” star Chadwick Boseman was also in everyone’s thoughts. Letitia Wright, who plays Shuri, said of the film’s release, “I’m excited for my bro to look down on us and smile.”

“Wakanda Forever” comes out in November, but Marvel also shared announcements about projects that aren’t coming out until 2023 and 2024. The cast of “Echo,” a spin-off of “Hawkeye,” appeared, as did Charlie Cox and Vincent D’Onofrio to preview the entrance of Daredevil into the MCU. An exclusive clip from “The Marvels” revealed how Kamala Khan (Iman Vellani) and Carol Danvers (Brie Larson) switched places at the end of “Ms. Marvel.” Feige confirmed the director for the long-awaited “Fantastic Four” movie, and the official lineup for the “Thunderbolts” movie was announced. Fans also learned what part Anthony Ramos is officially playing in the “Ironheart” series, and the cast of “Captain America: New World Order” added a few familiar faces. We couldn’t be more excited for Marvel Phase 5 to begin.

Read on for the biggest announcements from Marvel’s D23 Expo showcase.