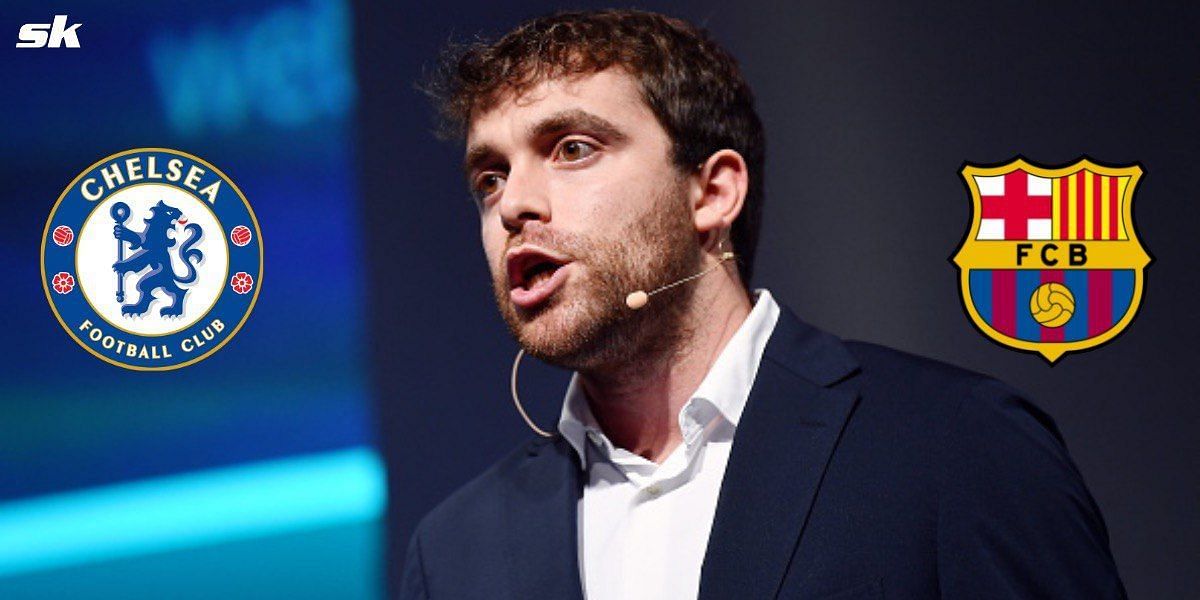 Transfer expert Fabrizio Romano has revealed that Barcelona have joined the race to sign Chelsea target Jules Kounde. He says that many clubs are interested in the Sevilla centre-back, so that the transfer would be difficult for the Blaugrana to pull off.

Sevilla star Kounde is one of the most sought-after centre-backs in the world right now. He’s an excellent interceptor, remains ice-cool under pressure, and is a leader at the back.

The Londonders, who have lost Antonio Rudiger to Real Madrid and are set to see Andreas Christensen leave as a free agent on July 1, could do with Kounde’s attributes.

Jules Kounde is a brilliant centre-back who is considered to be both Xavi’s and Tuchel’s top priority for the Defence, having nearly the same profile comparison with Virgil Van Dijk

The question is who’s winning his signing for next season

Jules Kounde is a brilliant centre-back who is considered to be both Xavi’s and Tuchel’s top priority for the Defence, having nearly the same profile comparison with Virgil Van DijkThe question is who’s winning his signing for next season[A THREAD]👇 https://t.co/BK3rHyUGny

According to Romano, their pursuit of the Frenchman is unlikely to be straightforward, though, as La Liga giants Barcelona also set their sights on him. Speaking to Wett Freunde, Romano said:

“Now Barcelona has jumped on the bandwagon. We have to wait. As always with Barca, one has to refer to the financial situation and if they are even able to reach a financial agreement with Seville.”

He added that Sevilla had set the price tag for Kounde at €80 million but would be open to accepting a bid in the region of €75 million. Romano continued:

“Jules Kounde is currently priced at 80 million euros. Sevilla will be willing to accept £65m (around €75m), so whoever wants him will have to pay that sum.”

“Chelsea know it, and now Barcelona know it too. Barca will try to include their own players in the negotiations. But let’s see what Chelsea decides because they want to sign two central defenders this summer, and he’s one of them, along with Manchester City’s Nathan Ake. It’s a crazy business, very open, with many clubs in the draw. I think it will be difficult for Barcelona.”

Kounde took part in 44 games for Sevilla in the 2021-22 campaign, registering three goals and an assist.

According to Romano, the Blues were close to getting Kounde last summer. However, the deal collapsed at the eleventh hour, with the Andalusians rejecting the Blues’ latest offer in the last week of the transfer window.

One day Barcelona are on the verge or total financial collapse, the next day they want to sign Lewandowski, Koundé and Bernardo Silva at once. Make up your mind man.

One day Barcelona are on the verge or total financial collapse, the next day they want to sign Lewandowski, Koundé and Bernardo Silva at once. Make up your mind man.

The Blues have maintained contact with the player’s representatives since then. However, a change in personnel at Stamford Bridge – sporting director Marina Granovskaia no longer at the helm and new owners coming in – has made things trickier. Dissecting the intricacies of the transfer, Romano said:

“It’s a tricky situation. Chelsea have long been interested in Kounde. Last summer, he was one step away from joining Chelsea. It was more than close; it was on the home stretch, and then Sevilla decided to turn down the last offer – in the last week of the transfer window.”

“Since then, Chelsea have been in contact with Kounde’s agents throughout the year. They have good conversations about salary. But now responsibilities have changed at Chelsea, sporting director Marina Granovskaia no longer leads the negotiations with the Blues.”

“While she continues to help out this transfer summer, Todd Boehly is the negotiator. So Kounde’s agent is waiting for Chelsea to say whether they make a final offer or not.”