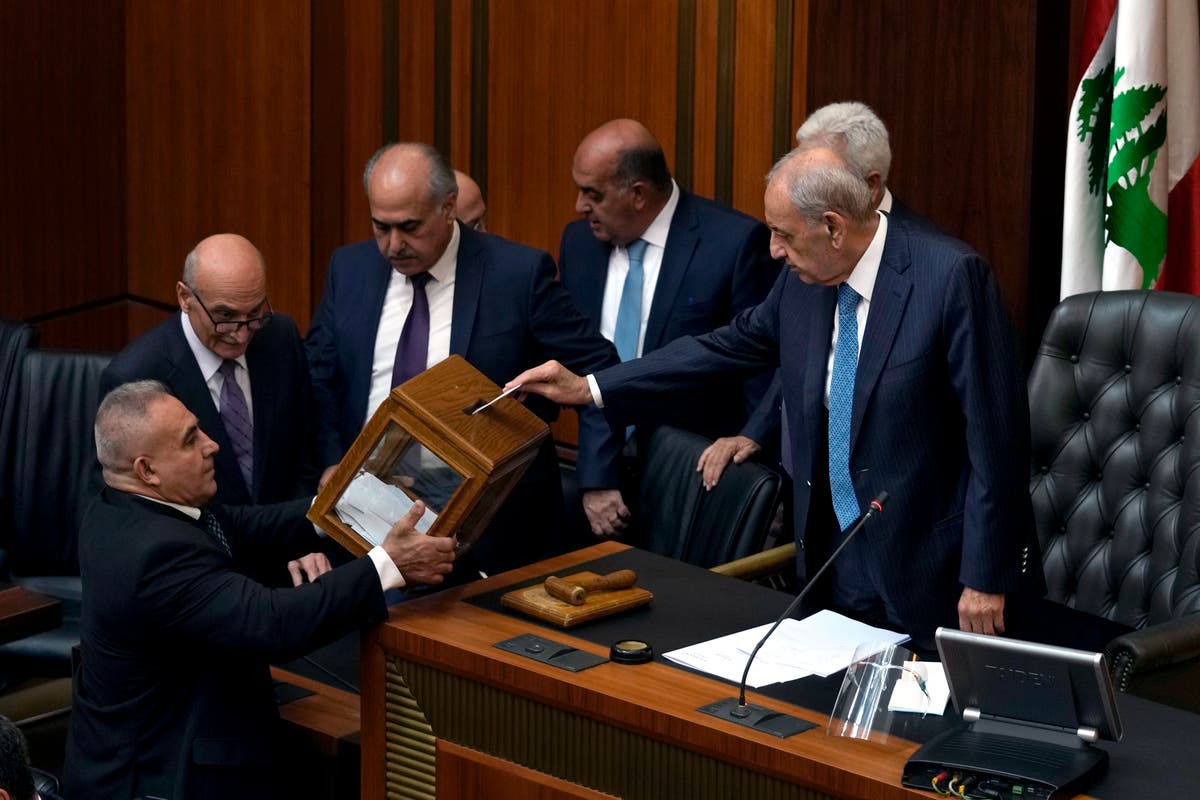 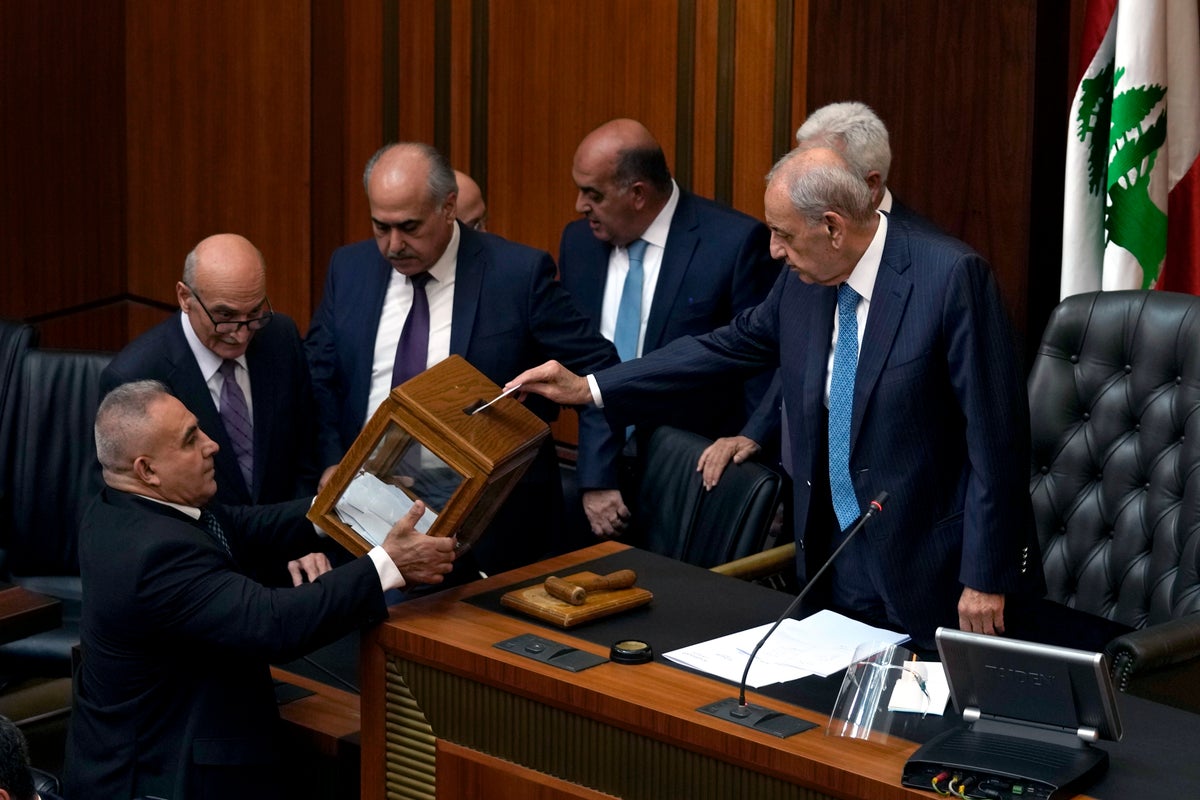 Lebanon’s Parliament on Thursday failed to elect a new president, with the majority of lawmakers casting blank ballots and some walking out.

Under Lebanon’s fragile sectarian power-sharing system, the country’s 128-member parliament votes for a president, who must be a Maronite Christian. That’s a hard-to-clear threshold and in the context of the country’s struggling economy and deeply-divided Parliament, Lebanon’s unresolved leadership question has intensified concerns of government paralysis.

The six-year term of incumbent President Michel Aoun ends on Oct. 31. He is a retired military general and an ally of Iran-backed militant group Hezbollah and was elected in October 2016 following a two-year stalemate.

Aoun’s successor is to be elected at a time when Lebanon is going through an economic meltdown and the government struggles to implement structural reforms required for a bailout from the International Monetary Fund.

In recent months, no majority or consensus candidate in Parliament has emerged, raising prospects of renewed political paralysis and stalemate similar to the one prior to the incumbent president’s election.

Lebanon also has not had full-fledged government since May, and currently functions in a limited caretaker capacity under Prime Minister Najib Mikati.

One hundred twenty-two legislators attended Thursday’s session and cast their paper ballots into a wooden box in Parliament’s assembly hall. Over half cast blank ballots, while lawmaker Michel Mouawad, the son of a former president and staunch opponent of Hezbollah, received 36 votes.

The remaining dozens of votes were split between entrepreneur and philanthropist Salim Edde and protest votes, including one for Mahsa Amini, the 22-year-old Iranian woman who died after the Islamic Republic’s morality police detained her, igniting protests.

Dozens of lawmakers left after Parliament Speaker Nabih Berri called for a recount, breaking the session’s required quorum. He did not announce the date of a new session.

Senior Hezbollah legislator Mohammad Raad said the crisis-hit country’s parliamentary blocs are in the “early stages” of finding a president who would “bring stability to the country.”

“The blocs need to discuss and develop an understanding over a possible consensus candidate,” Raad told the press.

Independent lawmaker Halime Kaakour, meanwhile, blasted lawmakers for what she called a “negative calm with no consensus,” fearing a prolonged delay in electing a new president.

“The Constitution says it’s the majority of votes,” she told reporters. “I think it’s no longer a logical approach to try to reach a consensus in a country that continues to collapse.”

Most candidates who were tipped to be among the frontrunners did not receive any votes, most notably Sleiman Frangieh of the Marada Party, an ally of Hezbollah who calls Syrian President Bashar Assad a “friend and brother.”

Over the past three years, three-quarters of the tiny Mediterranean nation’s population slipped into poverty, as the country’s infrastructure and public institutions continue to crumble. The Lebanese pound has lost 90% of its value against the dollar, decimating the purchasing power of millions struggling to cope with rampant inflation rates.

Lebanon has been scrambling for over two years to reform its inefficient and wasteful economy, combat corruption, and restructure its demolished banking sector to reach an agreement with the International Monetary Fund for a bailout program. The IMF has recently criticized Lebanon for its slow progress.