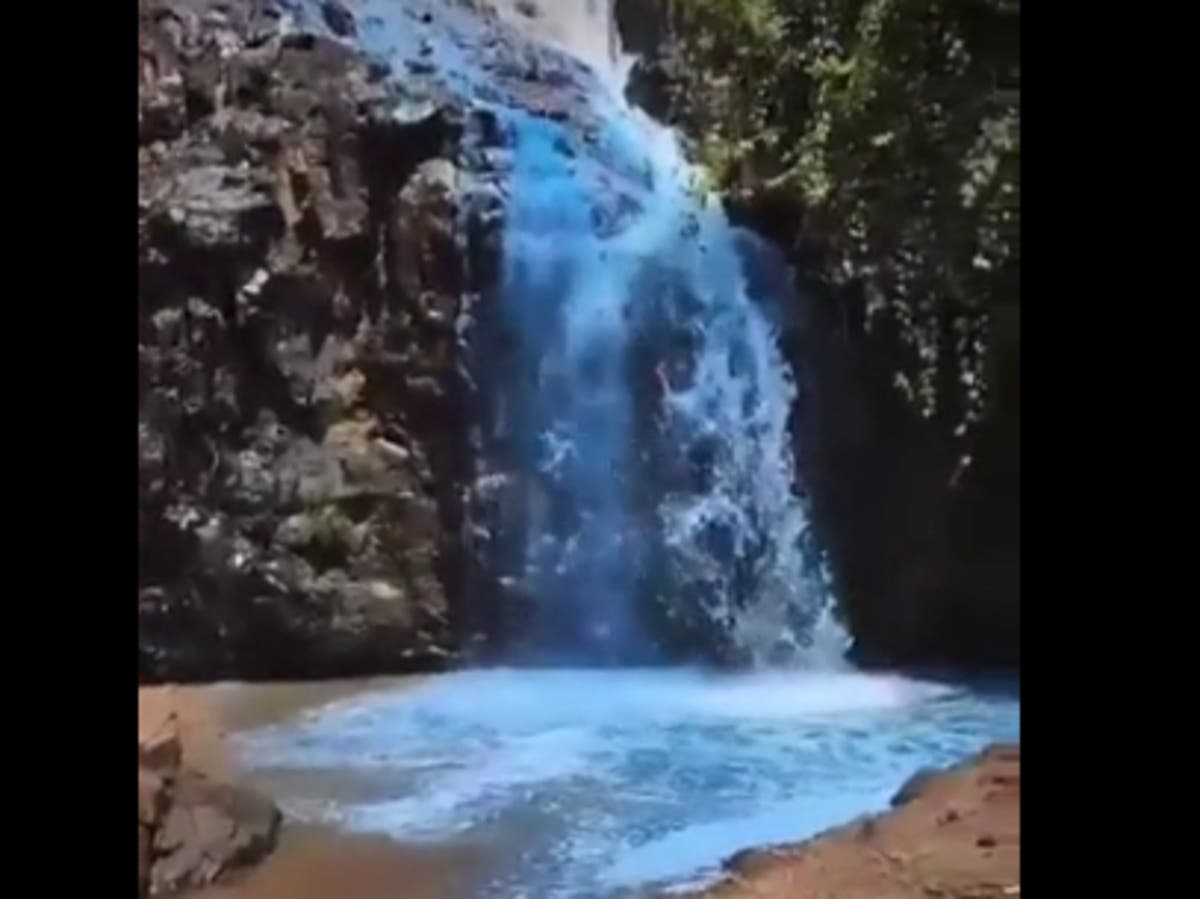 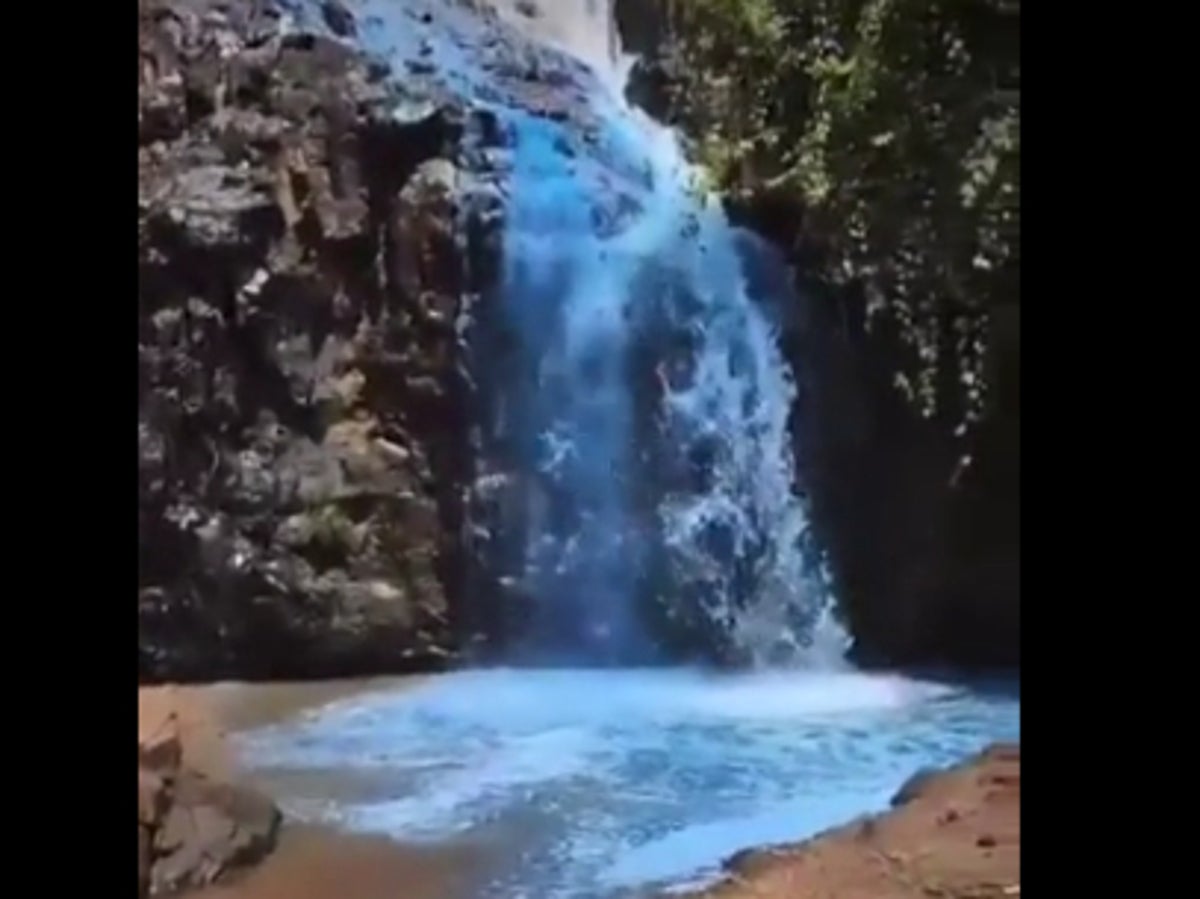 The environment ministry in Brazil is investigating a couple that turned a waterfall blue for their gender reveal party, it was reported.

The couple faced backlash from internet citizens after they posted the video of the waterfall turning electric-blue amid cheering guests and pink and blue balloons, on their social media accounts. They later deleted the video.

But the internet had latched onto it and copies of the video were shared thousands of times on several platforms. The ministry of unidentified couple is now being investigated by the Brazilian environment says they polluted the Queima Pé river which is a popular tourist destination in the state of Mato Grosso in Brazil and a primary water source for the nearby central-west town Tangará da Serra .

Thousands commented on the video slamming the couple for putting polluting substances in the water. One user commented: “What happened to cutting into a cake. Why does nature keep getting damaged because these people think they’re special?”

In a statement released by the Secretary of State for the Environment of Mato Grosso (SEMA), the department said it will investigate the couple to determine what products were used to dye the waterfall and if there is any environmental damage.