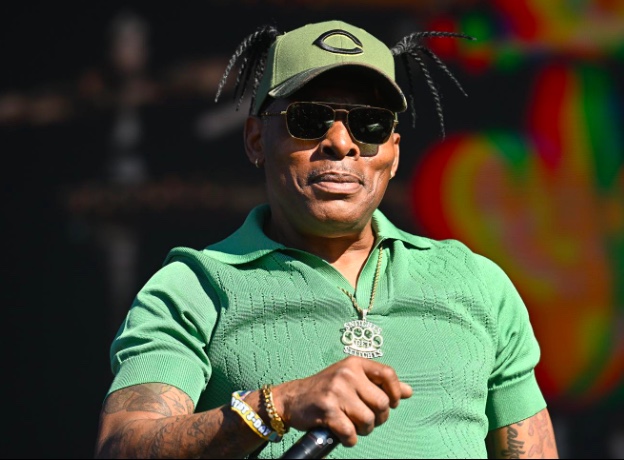 Our thoughts are with the loved ones of rapper Coolio. According to TMZ, he passed away at the age of 59 in Los Angeles. Reports state he visited a friend late Wednesday afternoon when he passed away. Coolio’s longtime manager, Jarez, says Coolio went to the bathroom at his friend’s house, and his friend went looking for him after noticing he was gone for a while.

His friend found Coolio lying on the floor and quickly called paramedics. Unfortunately, when they arrived, he was pronounced dead on the scene. Jarez said the paramedics suspect Coolio suffered cardiac arrest. However, an official cause of death has not been determined.

The rapper became popular in the 90s with his song “Gangsta’s Paradise,” released in 1995 for the soundtrack of the film “Dangerous Minds.”

The song became his biggest hit and quickly became one of the most popular rap songs of all time, topping the Billboard Hot 100 for three weeks, according to Variety. In addition, it ended 1995 as the No. 1 single of that year in the United States. The following year in 1996, ‘Gangsta’s Paradise’ was nominated for record of the year and best rap solo performance at the Grammy Awards, with Coolio winning the latter.

There was controversy behind the record when Weird Al Yankovic created a parody of the song in ‘Amish Paradise’ in 1996. Coolio was adamant that he did not allow Weird Al to do so. However, Coolio and Weird Al made amends and became friends.

News of Coolio’s death has him trending on Twitter, and his fans have reacted to his death.

This Song Will forever go hard 🔥 especially if you were raised in South Central LA RIP #Coolio pic.twitter.com/ARZADJfv9E

RIP, Coolio; you will be greatly missed.