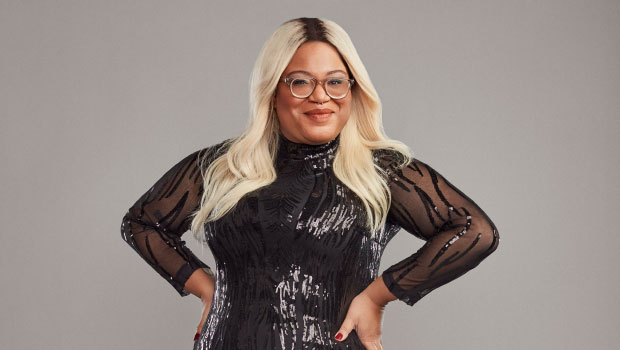 It all came down to one! After weeks of clues and epic challenges, LC and logan faced off in the Claim To Fame finale. LC chose to be the final guesser and correctly guessed that Logan is related to Jason Aldean. After LC was named the winner, she revealed her identity: she is Loreal Chanel Palmer, Keke Palmer’s big sister.

HollywoodLife spoke EXCLUSIVELY with Loreal about that game-changing final guess and more. “Honestly, I was only like 90 to 95% sure [about Logan’s identity]. I was like, I just have to go with these odds,” she admitted.

Loreal knew that she had to try and guess Logan’s celebrity relative first because she was “absolutely” sure that Logan would have guessed her relative correctly if he got the chance. “He actually is a Keke fan,” Loreal said. “There were times when I’d be in another room in the house, and I would hear him and Louise talking about a movie she [Keke] did Joyful Noise. And they would be like, ‘I love Keke Palmer in Joyful Noise.’ And I would just be like, Why are you guys talking about this?’”

There’s no doubt that the $100,000 prize will have an impact on Loreal’s life. She revealed that she already has plans to fulfill a dream of hers with the cash. “I actually have always in the back of my mind have had this plan to start my own production company. I want to make horror movies,” Loreal told HollywoodLife. “It was always like a long dream, but now I’m like, hey, maybe I can start the process of that now. I’m actually really excited. I’m looking into it, and I might be releasing a short or something soon. So stay tuned with that.”

Loreal also noted that Keke has always been her biggest fan when it comes to Claim To Fame. “She was probably the only person in our entire family who thought I could win,” Loreal said. “I found out a few weeks ago that they were all taking bets on like, what place do you think she’ll get out?”

Despite the show being over, Loreal is still friends with her castmates. “I actually still talk to all of them,” Loreal admitted. “People always ask me this. Even Maxwell, I also still talk to Maxwell. We have a group chat. That was probably one of the best things that came from the show. I have 11 new friends.”

Lark Skov: 5 Things To Know About Cindy Crawford’s Niece On ‘Claim To Fame’

Over the course of the season, Loreal played a smart and strategic game to come out on top. She revealed her future advice to players if the show is renewed for season 2.

“I think looking back now, one thing that we all did not do very well, and I would encourage the future housemates to do so, is keep information to yourself,” Loreal pointed out. “We would hear something and then immediately be like, ‘I gotta go tell this person.’ No, keep it to yourself. Also, don’t be afraid to put out a little bit of false information. Just make sure you keep track of your false information.”

During her time in the mansion competing to be the Claim To Fame winner, Loreal learned that she can “do a lot more than I give myself credit for, especially in the challenge where we had to run around and find the stars. I’m not a fast person. Anyone who knows me in real life knows that I’m never running anywhere. But I did that in four minutes. That’s pretty awesome. Don’t discredit yourself. Go for it. Try new things.”