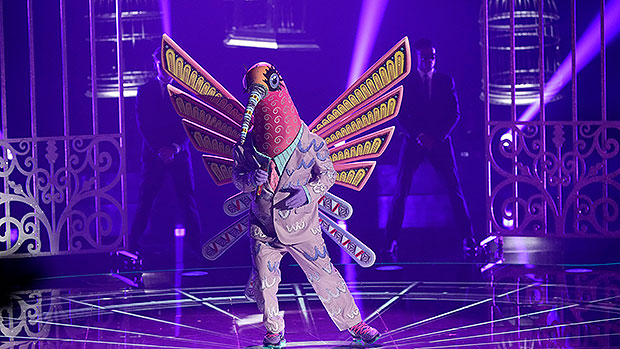 Hummingbird was unmasked as NSYNC member Chris Kirkpatrick at the beginning of The Masked Singer’s September 28 episode. For Chris, doing The Masked Singer was a double win for him. “I love the show. And more importantly, I love a challenge, and this is both of those combined,” he told HollywoodLife EXCLUSIVELY.

Chris showed off his vocals during the season 8 premiere. HollywoodLife asked Chris if he reached to fellow NSYNC member Joey Fatone, who came in fourth place in season 1, before he went on the show. “I did not reach out to him, but he definitely knows,” Chris said. “You can’t sing with 4 guys for almost 30 years and — knowing that they watch the show — that they won’t figure it out. I mean, it was pretty obvious. He texted me right away, ‘Hey, great job, Hummingbird.’ There was no putting the wool in front of his eyes.”

The 50-year-old singer was candid that performing in the Hummingbird costume was “tough” at times. “There were definitely some constrictions that normally if I wanted to go do a backflip on stage, I wasn’t doing it in the Hummingbird custom. But it was fun to kind of change who I was and try to become a character,” Chris continued.

Chris chose to sing Gavin DeGraw’s “I Don’t Want To Be” for his performance. “I tried to do something that was not in my high falsetto or my high voice because I figured if I did one of those, they would kind of figure me out immediately,” Chris told HollywoodLife. “So I went with something a little lower and something that would kind of throw them off of not hearing my voice on record doing that type of song.”

Chris admitted that he initially didn’t tell his son, nashabout him being on The Masked Singer because “he has a really big mouth.” However, Chris and his wife did reveal Chris’ Masked Singer surprise to little Nash on the night of the season 8 premiere.

“He laughed. He thought it was really cool,” Chris said of his son’s reaction to his dad dele as the Hummingbird. “He wanted to see it again a couple of times. He’s actually just in the last few months been discovering NSYNC as well. He loves to sing, it’s really cool to hear him singing random NSYNC songs out of the blue. Just because he’ll be doing something and just start spitting out the lyrics of one of the songs. I’m like, I didn’t even know you knew that.” The Masked Singer season 8 airs Wednesdays on FOX.