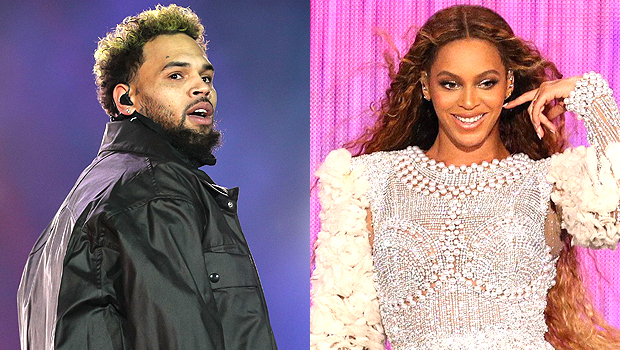 Chris Brown33, is ready to finally make music with Beyonce40. The “Forever” singer did an interview on the podcast Million Dollars Worth of Game on June 22 and said that Queen Bey tops his bucket list of fellow artists he’d like to collaborate with. “Probably Beyoncé, only because of what that would look like. Us really do a dope song with both of us dancing in it,” Chris explained.

“That would be dope, like a check off my to-do list,” Chris added of the possibility of working with Beyonce. “She’s probably the only one I haven’t really worked with. I ain’t turning it down, we just tryna see when it happens.”

Fans would definitely be here for the Breezy-Bey collaboration. Both stars have worked with so many different artists throughout their respective careers, but they have yet to team up. Maybe Chris’ new comments will finally change that. We can only hope!

One famous artist that Chris just worked with is Normani. The 26-year-old appears in the music video for his song “WE (Warm Embrace).” Chris and Normani seductively dance and then cool off with a romantic swim in the video. Normani seems to be the girl of Chris’ dreams, and by the end of the video, they hop on a UFO and are whisked away to space.

Big Freedia: 5 Things To Know About The Guest Vocalist On Beyoncé’s ‘Break My Soul’