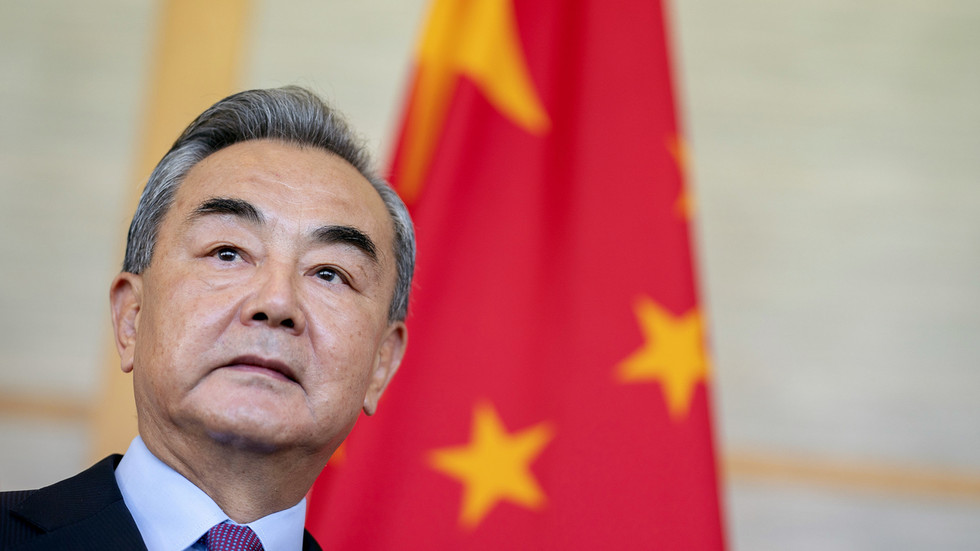 Beijing insists that Chinese control over Taiwan is inevitable, following a provocative visit by the US House speaker

China’s top diplomat has denounced US House Speaker Nancy Pelosi’s visit to Taiwan as a “complete farce,” warning that those who “offend” Beijing will face consequences.

Speaking to reporters on the sidelines of a meeting in Cambodia on Wednesday, Foreign Minister Wang Yi slammed Pelosi’s junket to the island, deeming the trip a provocation as Beijing considers Taiwan part of its own territory.

“This is a complete farce. Under the guise of ‘democracy,’ the US is violating China’s sovereignty,” he said, adding that “These perverse actions will not alter the international consensus on the One China principle, nor the irreversible historical trend that Taiwan will return to the motherland.”

Those who play with fire will perish by it, and those who offend China will be punished.

Pelosi’s visit, which was reported days in advance, has prompted a harsh response from Chinese officials, who have repeatedly condemned previous trips by lower-level delegations.

China’s SC&FM Wang Yi: Speaker Pelosi’s visit to China’s Taiwan region is an out-and-out farce. The irreversible historical trend of Taiwan’s return to the motherland cannot be changed. Those who offend China will surely be punished. pic.twitter.com/OXcnHf7u0T

Beijing has also responded with a major round of military exercises staged around the island, which will reportedly include a “joint blockade” exercise, “sea assault and land and air combat training” as well as the display of “advanced weapons” such as China’s hypersonic DF-17 missile.


While the United States formally accepts Beijing’s ‘One China’ principle, under which Taiwan is part of China-proper, it has long maintained a policy of deliberate ambiguity toward the island, approving a series of ‘defensive’ arms sales to Taipei over the years while refraining from any formal security commitments. Since taking office, however, US President Joe Biden has made statements at odds with that position, even going as far as to say that American troops would defend the island from any future Chinese attack, though White House officials were quick to walk back those comments .