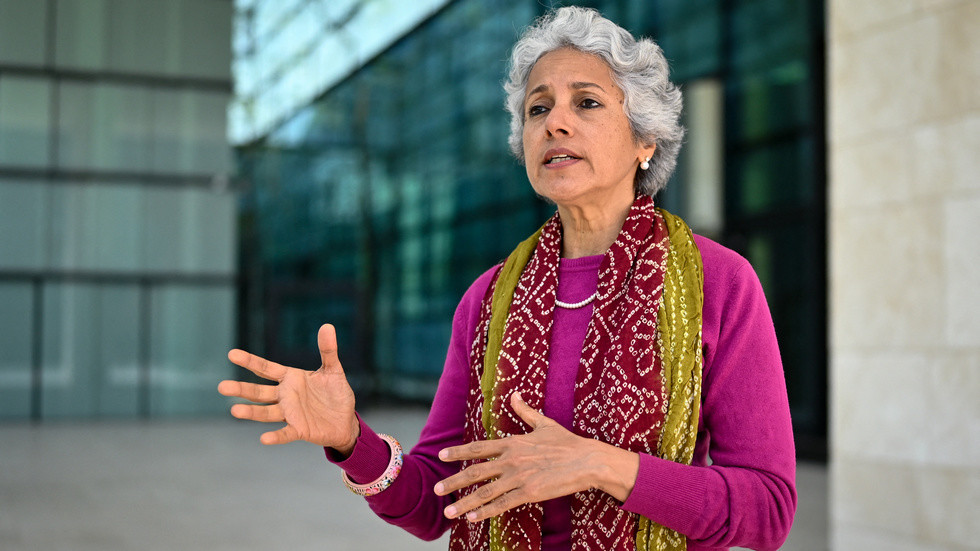 The agency was too slow to recognize that the virus is airborne, Soumya Swaminathan has said

The outgoing chief scientist of the World Health Organization (WHO) admitted on Wednesday that the body should have warned the public that Covid-19 can be transmitted through aerosols “much earlier” than it did.

Speaking to the Science Insider, Soumya Swaminathan, who announced her resignation from her post last week, said the agency made a mistake when it did not more rapidly label the coronavirus as airborne based on the available evidence, adding that “it is something that has cost the organization.”

She noted that the WHO “did talk about all the methods, including ventilation and masking” that could thwart the spread of the disease. “But at the same time, we weren’t forcefully saying: ‘This is an airborne virus.’ I regret that we didn’t do this much, much earlier.”

Swaminathan explained that “a mixture of things” was behind this miscalculation, adding that she was “very new” in the role of chief scientist and her job “had not been defined.”


“What happens at WHO is that the technical departments do the guidelines, at the science division we just set the norms of how to do guidelines. So it was not my role and neither did anyone ask me to get involved at that stage,” she noted, adding that the WHO’s response paradigm is based on the flu, which is different from Covid-19.

Early in the pandemic, which started in December 2019 in Wuhan, China, the WHO categorically stated that Covid-19 “is NOT airborne.” In a tweet from late March 2020, the agency insisted that “the coronavirus is mainly transmitted through droplets generated when an infected person coughs, sneezes or speaks.”

It was not until October 2020 that the WHO declared that aerosol transmission could occur “in specific settings,” including crowded and inadequately ventilated indoor spaces where people spend long periods of time. It took the organization another six months to officially recognize that harmful aerosols can stay suspended in the air or travel long distances.

Swaminathan, an Indian pediatrician, said she intends to continue working in health at the national level. Her resignation comes as half of the WHO’s 16-member senior leadership is expected to step down, in the most serious personnel overhaul for the international body since 2019.