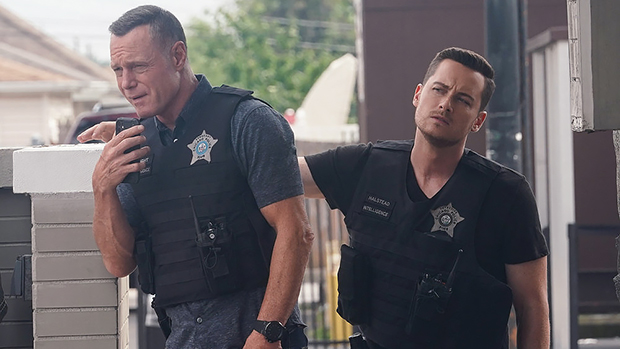 Chicago PD returns for season 10 on September 21 and significant changes are ahead. Jesse Lee Soffer, who plays Det. Jay Halstead, will be leaving the hit NBC series at some point in the upcoming tenth season. Jason Beghe explained how Halstead’s exit will impact all of Intelligence.

“For one thing, it’s kind of like a death in the family,” Jason told reporters, including HollywoodLife, during a One Chicago press day. “Obviously, there’s a painful emotional response. How much you are aware of it, it remains to be seen. You lose a mother, child, a brother, close friend, it’s going to affect you. How so you don’t really know, but it will. And we will find out. I’m sorry I can’t be more specific, but it’s a big change.”

Jesse announced that he was leaving the show after 10 seasons on August 29. He’s been a series regular on the show since its debut in 2014.

“I want to thank the incredible fans for their unwavering support during the past 10 years and want to express my deepest gratitude to Dick Wolf and everyone at Wolf Entertainment, Peter Jankowski, Matt Olmstead, Derek Haas, Michael Brandt, Rick Eid, Gwen SiganNBC, Universal Television, my fellow castmates, and our incredible crew,” Jesse said in a statement to Variety. “To create this hour drama week after week has been a labor of love by everyone who touches the show. I will always be proud of my time as Det. Jay Halstead.”

The specifics surrounding Halstead’s departure have not been revealed. Given that Halstead is married to Upton, and Tracy Spiridakos is staying on the show, the storyline will be very interesting to watch unfold. The character is expected to exit in the fall.

Jason also teased what to expect in the season 10 premiere from Voight. “I think that the first episode is fairly compelling and interesting. For fans of the show, they’ll see Voight perhaps more vulnerable than they’re used to seeing,” he revealed. Chicago PD will air Wednesdays at 10 pm on NBC.

Is ‘Sherlock Holmes 3’ Still Happening? What We Know