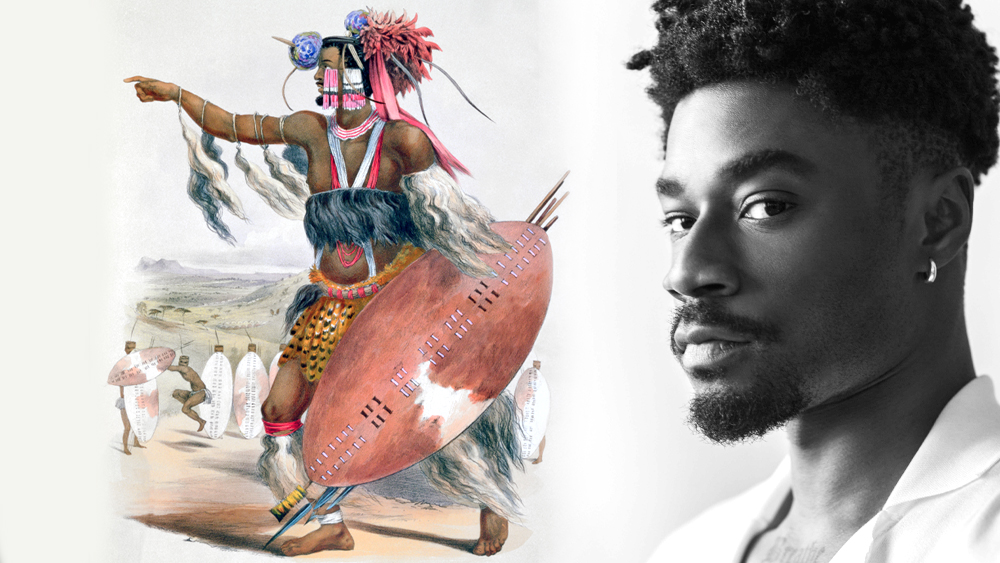 Babalola will play the title role in the epic drama series, centered around one man’s personal journey from stigmatized childhood to warrior king, which hails from writers Olu Odebunmi and Tolu Awosika, Propagate, Fuqua Films and CBS Studios. Production kicks off next month in the historic KwaZulu-Natal (KZN) South Africa province, the birthplace of King Shaka, and will be fully shot in South Africa for a 2023 debut on Showtime.

Also cast the regular series in King Shaka are Aïssa Maiga (The Fear Index) as Nandi, Shaka’s devoted mother who will sacrifice everything to fulfill her son’s destiny; and Thando Dlomo (The Woman King) as Pampatha, a herder who finds her fate forever entwined with Shaka’s. Thapelo Mokoena (bulletproof) will guest star as Gendeyana, a Qwabe leader who grows close to Shaka and Nandi, along with Warren Masemola (Queen Sleep) as Magazwa, who provides safe haven to Shaka and Nandi but at a cost.

Rooted in current events, King Shaka tells the story of the Zulu Empire founder Shaka (Babalola) and his unlikely rise to power, uniting multiple tribes across vast stretches of southern Africa in the early 19th century to transform his power into legend, on par with history’s most seminal figures. The outcast son of a Zulu Chief, Shaka is a visionary who is prophesized to become a king like none before him. In ferocious battles that test the body and soul, in alliances that test the bonds of love and friendship, a complex sociological system plays out that renders the human cost front and center, for the victors as well as the vanquished, all in an effort to carve out a semblance of identity, fulfillment and ultimately, survival.

“This outstanding international cast is, quite literally, a dream team,” said Odebunmi and Awosika, King Shaka creators and executive producers. “The powerful story of King Shaka and the Zulu Nation speaks to the very heart of everything we identify with the Africans. It’s a blessing and honor to share the greatness of the Zulu people’s history with a full and nuanced approach that serves as a microcosm for African history across the continent. We couldn’t be more excited to reintroduce this narrative from the perspective of its own people and share it with the world.”

As part of the production investment in South Africa and the KZN province, more than 300 locals have been hired for jobs across all facets of the production, including cast, crew, performers and craftspeople. In addition, the production is working with leading South African production services company Film Afrika to help facilitate filming in the region and with the KZN Film Commission as well as career-building training programs such as SA Film Academy (SAFA) and the Academy of Creative Excellence to provide production internships and other opportunities.

Babalola is known for his starring role as Malaki in the crime thriller series The Outlawsas well as his work in Black Mirror: Hated in the Nation, Bancroft and Thirteen. Film credits include Gretel & Hansel, Mary Magdalene, The Legend of Tarzan and the upcoming borderlands. He recently starred in network at The National Theater of London.

Maïga earned a César nomination for her work in the film Bamako, becoming the first Black actress of African descent to earn the distinction. Her credits also include The Boy Who Harnessed the Wind, He Even Has Your Eyes, The African Doctor and The Fear Index. She will be seen in the upcoming films when will you be great (When You Grow Up) and Le Marchand de Sable (The Sandman).

Dlomo is making her feature film debut in The Woman King, starring Viola Davis. A member of the inaugural graduating class of Oprah Winfrey’s South African Leadership Academy, she has appeared in more than 30 South African theater productions and been featured in documentaries, including Oprah’s Daughters and The Girls.

Mokoena starred as Elias Motsoaledi in the film Mandela: Long Walk to Freedom, and as Cedric Fatani in Wild at Heart. His credits include Trackers, Between Friends: Ithala and Nothing for Mahala.

Masemola is a multiple award nominee and a three-time South African Film and Television Award winner. His credits include The Republic, Tjovitjo, The River and eye in the sky.