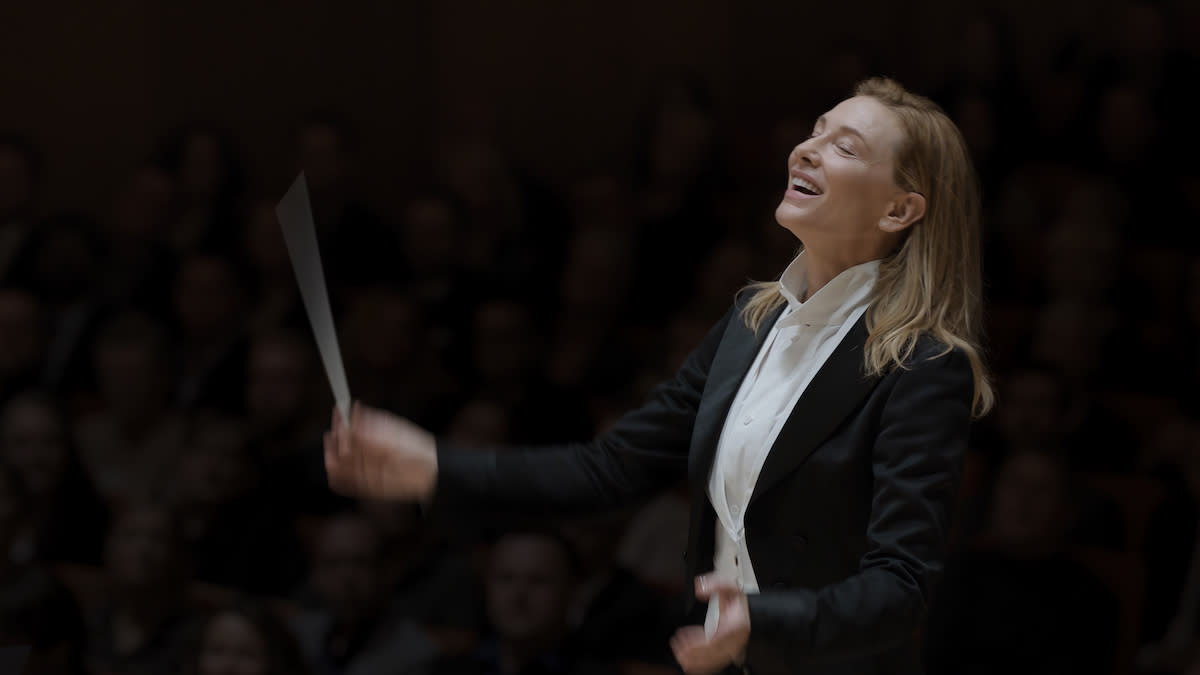 The post Cate Blanchett Is a Conductor on the Edge in Trailer for Todd Field’s TÁR: Watch appeared first on Consequence.

Todd Field has readied TAR, his first film in 16 years, and he’s enlisted none other than Cate Blanchett for the occasion. Watch Blanchett play Lydia Tár, the famous but floating composer, in the film’s first trailer below.

The fictional Tár, as the trailer explains, is a talented composer who rises to become the first-ever female chief conductor of a major German orchestra. Despite her success, the film makes clear that she struggles to write. “I keep hearing something,” she explains of the issue, as the clip shows her devolving into paranoia.

Noémie Merlant, Nina Hoss, Sophie Kauer, Julian Glover, Allan Corduner, and Mark Stron round out the cast of TAR. The film marks writer and director Field’s first project since 2006’s Little Children, and it contains original music by Icelandic composer Hildur Guðnadóttir, the artist behind the Oscar-winning score for joker. The film is out in select theaters on October 7th, with a nationwide release to follow on October 28th.

Last year, Blanchett appeared alongside Bradley Cooper in Guillermo del Toro’s Nightmare Alley. Next up, she and Kevin Kline will star in disclaimer, Alfonso Cuarón’s upcoming thriller series for Apple TV, and she’s also set to return for Season 4 of Documentary Now!

Cate Blanchett Is a Conductor on the Edge in Trailer for Todd Field’s TÁR: Watch
Carys Anderson

Subscribe to Consequence’s email digest and get the latest breaking news in music, film, and television, tour updates, access to exclusive giveaways, and more straight to your inbox.