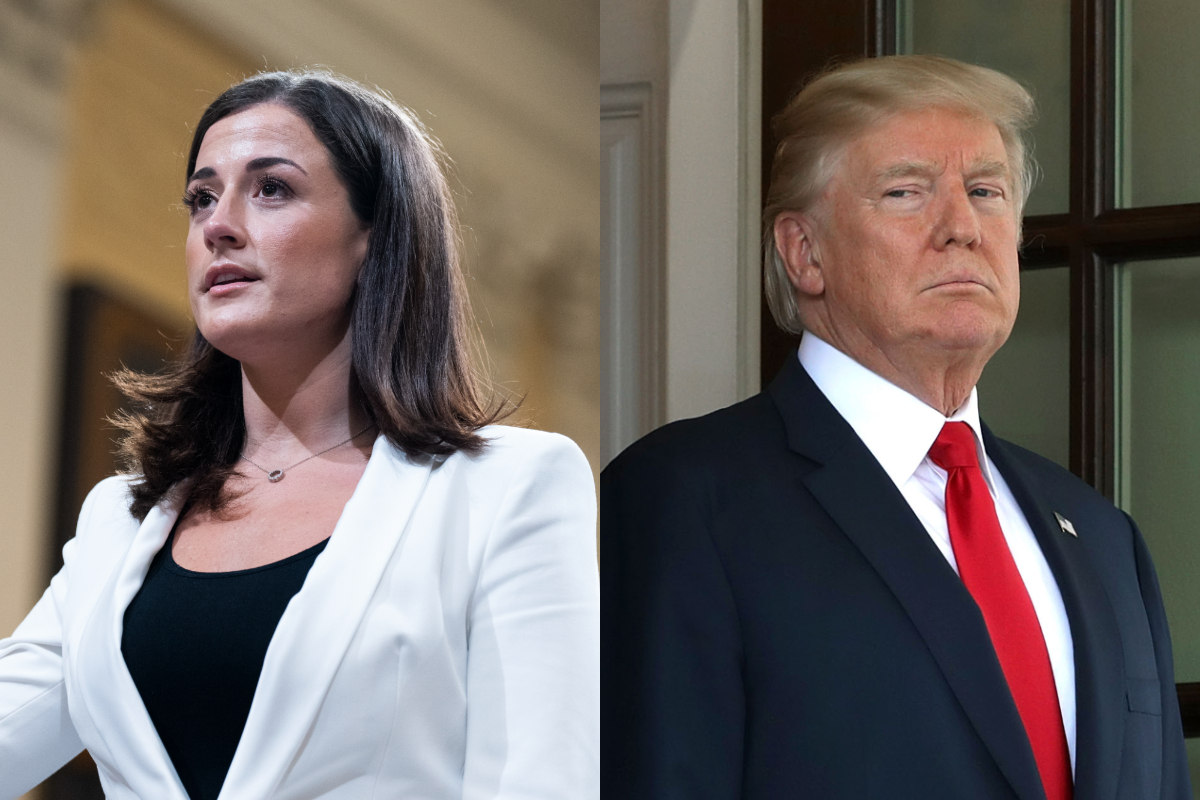 Cassidy Hutchinson is the most explosive witness in the investigation into the Jan. 6, 2021, attack on the Capitol so far.

The House select committee investigating the Jan. 6 Capitol riot held a hearing on Tuesday when the former aide to Donald Trump’s White House Chief of Staff, Mark Meadows, testified Tuesday with a bombshell revelation about the former President. The 26-year-old aide recounted hearing about how President Trump was so determined to be at the Capitol on January 6th that he tried to grab the steering wheel of the presidential vehicle and lunged at his head of security after they told him he would not drive him to the riots.

According to The New York Times, Hutchinson testified that after Trump delivered his speech to the crowd at the Ellipse that day, she returned to the White House and saw Anthony Ornato, a senior Secret Service official who was detailed to the White House and served as deputy chief of operations. Ornato pulled her into his office, where Trump’s head of security at the time, Robert Engel, was sitting in a chair looking “somewhat discombobulated and a little lost,” she said.

Ornato allegedly told her that when Trump entered “The Beast,” aka the president’s heavily armored SUV limousine. He still believed it would be possible for him to go to the Capitol. Engel told him they couldn’t go for security reasons, and Trump had “a very strong, very angry response,” she said she was told. She testified,

“The president said something to the effect of, ‘I’m the effing president, take me up to the Capitol now.’”

Today’s testimony makes clear that Trump wanted to go to the Capitol with the armed mob, despite warnings not to do so from his advisors.

When the Secret Service ruled out the possibility, the former President erupted in anger in the Suburban he was riding in. pic.twitter.com/Ef69CAenn6

Trump was not the only person anxious to join the protests. Hutchinson also testified that Giuliani said to her on Jan. 2, “’Cass, are you excited for the 6th? It’s going to be a great day.’”

CBS reports that Hutchinson testified she asked Giuliani to explain the significance of Jan. 6. He allegedly responded,

After Giuliani left the White House campus, Hutchinson said she asked Meadows about Jan. 6, and he said,”’it sounds like we’re going to go to the Capitol. There’s a lot going on Cass, but I don’t know, things might get real, real bad on Jan. 6,’” Meadows told Hutchinson, she recalled.