The girlfriend of Hollywood star Casey Affleck was left shaken after waking to find an intruder inside her bedroom.

Actress Caylee Cowan feared for her life when she found the intruder standing by her bed inside the LA home she shares with the actor.

According to TMZ, the 24-year-old was by herself inside the house when she spotted the man standing just meters away in the early hours of Tuesday morning, local time.

The outlet reports Cowan screamed, which scared off the intruder, and she swiftly reached for her phone to call police.

The cops hit the scene to find a man Cowan had described to them running down the street, and they proceeded to arrest the suspect and book him for burglary as they allegedly found some of Cowan’s belonging in his possession.

It’s unclear how the man broke into Cowan and 46-year-old Affleck’s home, but police report that there were no signs of forced entry.

Although rattled, Cowan was luckily unharmed and reported to the set of holiday twistwhich she is currently filming.

The actress first began dating Affleck – the younger brother of Ben Affleck – last year and have been together for eight months.

“I got really lucky because he’s so supportive of me and I’m also very supportive of him,’ she told The Hollywood Reporter earlier this month.

“That’s so great because it makes it a lot easier to have someone to hold your hand, be there with you and be consistent through all the ups and downs of this career. It’s so nice because he’s done this before and he understands what it’s all about.”

Prior to Cowan, Affleck was married to Summer Phoenix, 43 – Joaquin Phoenix‘s younger sister. Their marriage ended in 2017 after nine years and two sons: Indiana, 18, and Atticus, 14. 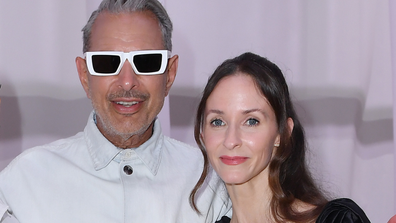