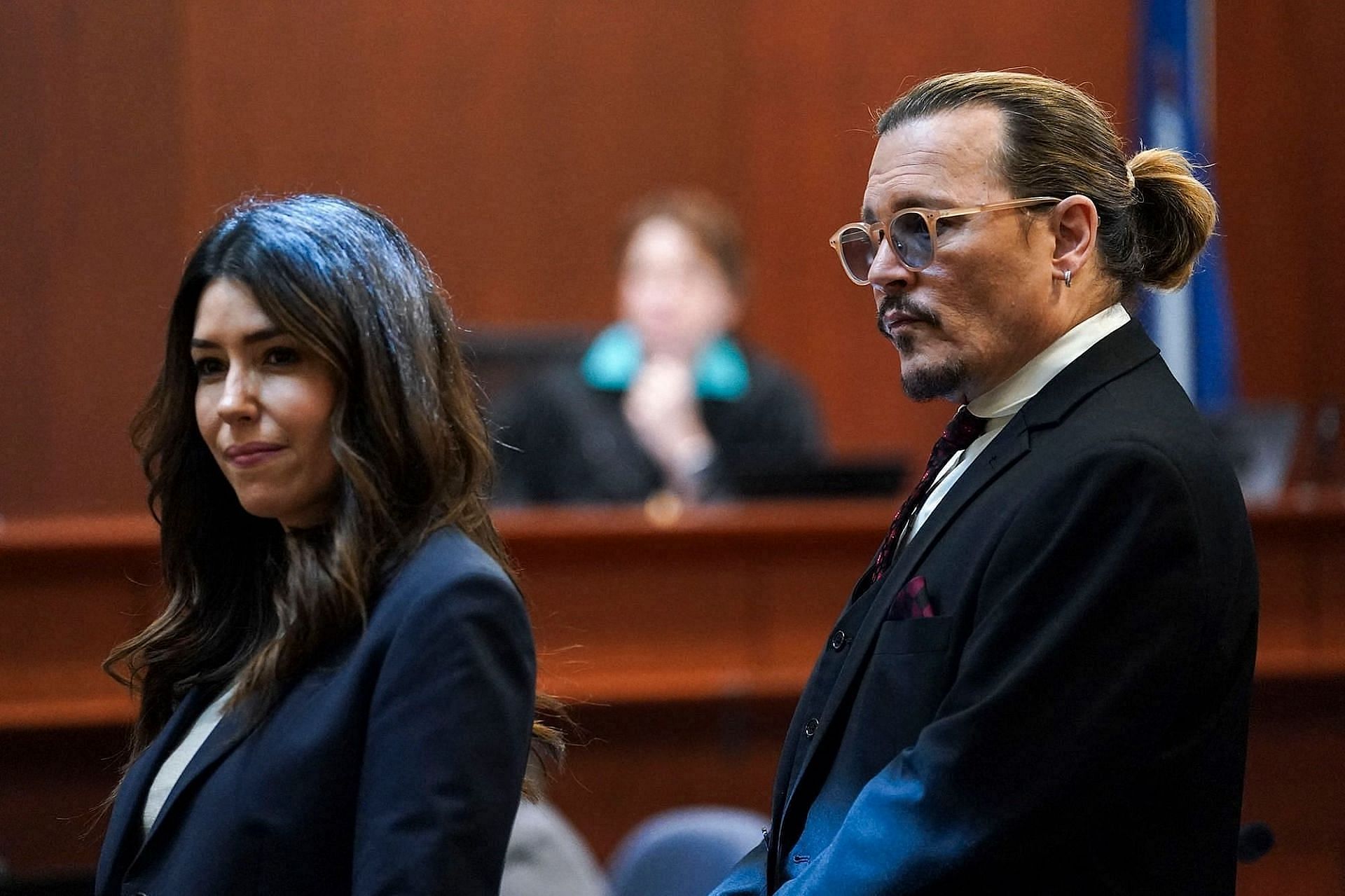 In a recent cover profile for Hola Magazine, Johnny Depp’s attorney Camille Vasquez opened up about her life following the conclusion of the high-profile defamation case. The attorney further elaborated on her reaction to the verdict delivered by the jury in the defamation trial that pitted Depp against his ex-wife Amber Heard.

The lawyer mentioned how they gave Johnny Depp the news of the verdict which favored him and his reaction to the same. According to her, he was all smiles.

“It was nice to see him smile.”

Vasquez added that she still gets emotional thinking about the jury ruling in their favor.

Meanwhile, in another interview with Access Online, Vasquez recalled an emotional experience involving a mother-daughter duo during the trial. The 37-year-old lawyer also briefly opened up about her childhood and upbringing her.

How did Camille Vasquez and Johnny Depp react to the trial verdict?

The jury’s decision favored 59-year-old Depp who was awarded $8.35 million in total punitive and compensatory damages. The jury agreed with all three counts of Depp’s claims in the defamation lawsuit and found that Amber Heard had indeed defamed the actor with her 2018 op-ed in The Washington Post. Meanwhile, the actress agreed to be awarded $2 million in compensatory damages as the jury with one count of her claims in the countersuit.

In her interview with Hola Magazine, Camille Vasquez revealed Depp’s reaction to the verdict after it was delivered on June 1. She said:

“The court was very kind to provide us with a breakout room that we use for lunch and meetings. We FaceTimed him; he was so relieved, so happy, and grateful…A mutual friend of ours and I were speaking, and he said, ‘I haven’t seen Johnny smile like that in six years.’ And it’s true.”

The San Francisco native further disclosed that Depp had gained back a piece of himself that was missing prior to the verdict. She added that the Pirates of the Caribbean star was “infinitely grateful.” Camille Vasquez added that she is still emotional about the actor getting his “life back.”

Camille Vasquez reveals an emotional experience during the trial

While speaking to Access Hollywood, the California-based lawyer revealed an interaction she had with a mother-daughter duo during the trial. Vasquez recollected that the mother had driven her young daughter to the trial with the sole purpose of meeting the lawyer. She told Access ‘Mario Lopez that her mother called her a “young, female, Hispanic role model” for her daughter to look up to her.

This interaction made Camille Vasquez emotional to the point where she cried. She added:

“I was really touched by that, and I don’t know how it happened, but other than I was just doing my job.”

Amid the trial, Vasquez received much stardom because of her expertise in cross-questioning Amber Heard and her witnesses. The 37-year-old lawyer, who was an associate during the trial, was made a partner at her law firm Brown Rudnick LLP after the verdict. Furthermore, Vasquez is set to represent Johnny Depp again in an upcoming trial for the lawsuit filed against the actor by Gregg “Rocky” Brooks who has alleged that Depp assaulted him.