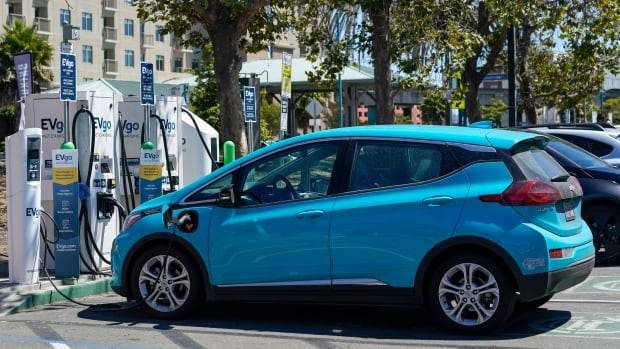 California is poised to set a 2035 deadline for all new cars, trucks and SUVs sold in the state to be powered by electricity or hydrogen, an ambitious step that will reshape the US car market by speeding the transition to more climate-friendly vehicles.

Democratic Gov. Gavin Newsom announced the 2035 goal two years ago and regulators have spent the time since then working out the details of what Newsom termed “the action we must take if we’re serious about leaving this planet better off for future generations.” The California Air Resources Board (CARB) will vote Thursday on the policy, which will be closely watched in the auto industry and across the US

Massachusetts, Washington and New York are among states that have set goals to transform their car markets or have already committed to following California’s new rules.

Governments across the globe are pushing to eliminate combustion automobiles to mitigate the impact of climate change.

The European Parliament in June backed a plan to effectively prohibit the sale of gas and diesel cars in the 27-nation bloc by 2035.

Canada last year bumped up its timeline for zero-emission automobiles to 2035. The most recent federal budget extended incentives and expanded eligibility for a program to entice more Canadians to buy electric vehicles, though the country’s largest province scrapped EV rebates in 2018 and doesn’ t appear to be reconsidering that decision.

California has historically been granted permission by the US Environmental Protection agency to set its own tailpipe emissions rules for cars, and 17 other states follow some or all of its policies.

California’s new rules will also require federal approval, which is considered likely with President Joe Biden in the White House. The infrastructure bill passed by Congress last year provides $5 billion US for states to build chargers every 80 kilometers along interstate highways.

A future Republican president, however, could challenge California’s authority to set its own car standards, as the Donald Trump administration did. House Republicans on Wednesday blasted what it called “false claims” of the Biden administration concerning the boost to the economy from an electric vehicle push, bemoaning the recent Ford announcement of hundreds of job losses in North America as the company restructures for the future.

California climate officials say the state’s new policy will be the world’s most ambitious because it sets clear benchmarks for ramping up electric vehicle sales over the next dozen years. By 2026, for example, one-third of new cars sold must be electric. For context, about 16 percent of cars sold in California in the first three months of this year were electric.

The United States’ new and historic climate law is being hailed by some Canadian politicians and environmental advocates as a chance to turn Canada into a global hub for electric cars and their components. That’s thanks in part to money and incentives which could potentially give a boost to mining companies in Canada for the minerals used to make electric vehicle batteries. If that sounds like a big green win for Canada — it is. But it’s also more complicated than that. Today, we’re taking a look at one example where the promise of mining for nickel to power electric vehicles is presenting a climate conundrum: the Ring of Fire, a mineral-rich but ecologically sensitive region in northern Ontario. Our guest is Emma McIntosh, The Narwhal’s Ontario environment reporter.

The plan will not eliminate gas-powered cars. People can continue driving gas-fuelled vehicles and purchasing used ones after 2035. The plan also allows for one-fifth of sales after 2035 to be plug-in hybrids that can run on batteries and gas.

The switch from gas to electric cars will drastically reduce emissions and air pollutants but will be a transition difficult.

cost of living10:20Why finding an EV is like finding a live dinosaur

When gas prices spiked back in April, Canadian car dealerships got busy. Like really busy. Sales teams were fielding calls from buyers hungry for electric, hybrid and plug-in hybrid vehicles. But there’s just not enough supply to meet demand. In a story we originally aired in April 2022, senior producer Jennifer Keene explains why EV buyers are waiting months, even years, to get behind the wheel.

California remains the seventh-largest oil producing state in the US and at present has about 80,000 public charging stations, far short of the 250,000 it wants by 2025. The Alliance for Automotive Innovation, which represents many major car makers, flagged the lack of infrastructure , access to materials needed to make batteries, and supply chain issues among the challenges to meeting the state’s timeline.

“These are complex, intertwined and global issues well beyond the control of either [CARB] or the auto industry,” John Bozella, the group’s president, said in a statement.

.@Ford continues toward stand with California as we move ending the sale of new gas cars by 2035.Our future depends on bold climate action & CA is proud to set the precedent for clean transportation goals. https://t.co/nlqOMouniv

“This is going to be a transformative process and the mandate for vehicle sales is only one piece of it,” she said.

Adding more car chargers will put a higher demand on the energy grid. California is working to maintain reliable electricity while it moves away from gas-fired power plants in favor of solar, wind and other cleaner sources of energy.

Earlier this year, top energy officials warned the state could run out of power during the hottest days of summer as it did in 2020, although it’t come to pass yet in 2022.

Newsom is pushing to keep open the state’s last-remaining nuclear plant beyond its planned closer in 2025, and the state may turn to diesel generators or natural gas plants as a backup when the grid is strained.