When we’re in love, we tend to wear our hearts on our sleeves – and in Brooklyn Beckham‘s case, this is perhaps a more literal sentiment than most of us would take it.

In a recent interview with USA Todaythe eldest son of David and Victoria Beckham revealed that of his 100 tattoos, 70 are dedicated to his new wife, Nicola Peltz.

Peltz was apparently moved by the budding chef‘s tattoo tributes to her, saying she “got tears in her eyes.”

“She always creates when I get her another tattoo,” he told the publication at Variety‘s Power of Young Hollywood event.

“I always love to surprise her with new ink.”

Some of Beckham’s more notable tattoos inspired by his wife include the entirety of his wedding vows, tattooed on his arm back in June shortly after the couple’s wedding.

Beckham also has the infamous tattoo of Peltz’s eyes etched onto the back of his neck, revealed in an Instagram post back in October 2020.

Most recently, he posted a story earlier this month showing off his latest ink. In a candid snap at a bar, Beckham reveals his new hand tattoo – ‘married’ in cursive font.

“I kind of was just like, ‘Oh, we’re married, why not?'” Brooklyn explained, regarding the new ‘married’ tattoo.

“It wasn’t a thing I thought about for months. I got married five months agowhy not?” 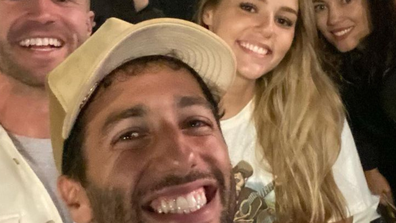