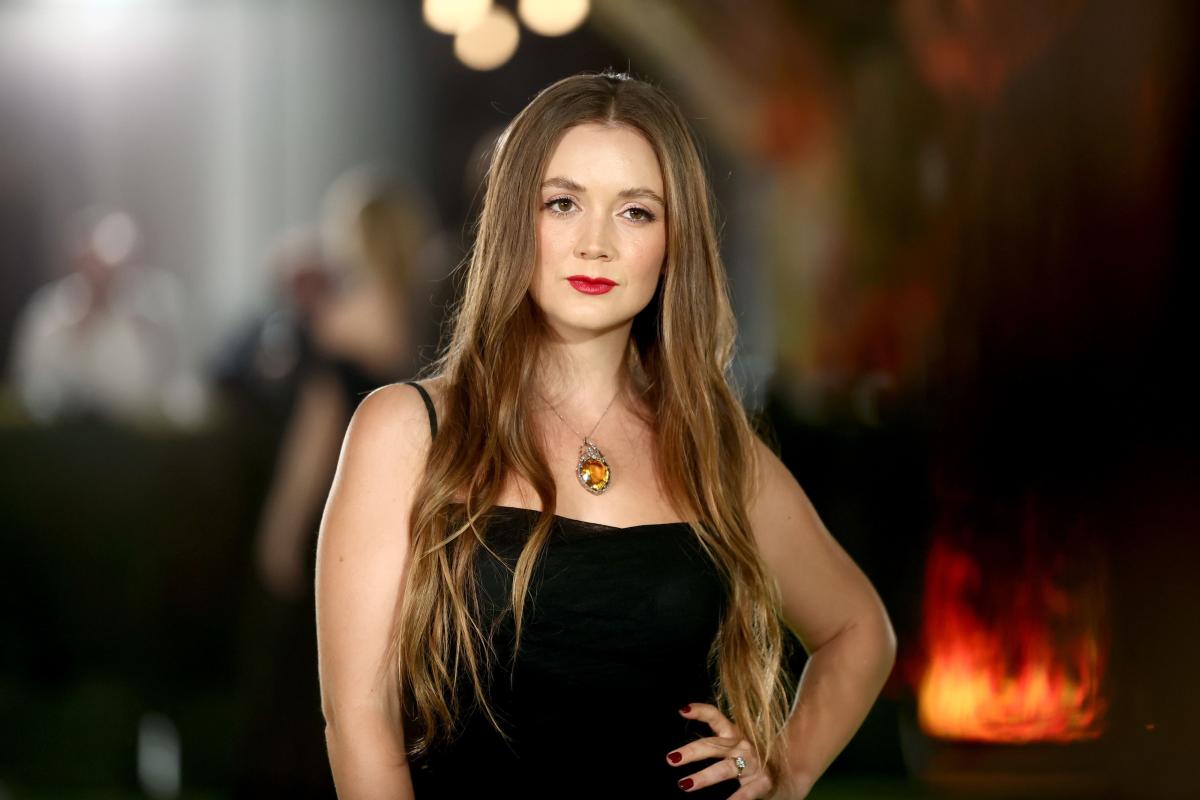 Billie Lourd tied the knot with producer Austen Rydell in Cabo San Lucas, Mexico, over the weekend in a beautiful ceremony that the actress revealed she wasn’t super well prepared for.

The daughter of late actress Carrie Fisher and granddaughter of Debbie Reynolds spoke to Vogue about the nuptials and the details of her wedding looks, noting that she had procrastinated a bit when it came to her rehearsal dinner dress. As for the rest of what she wore throughout the weekend, however, much of it was serendipitous and inspired by her mother.

Most notably, Lourd’s custom Rodarte dress that she wore for the ceremony on Saturday was a nod to Fisher, who had been interviewed by the brand’s designers back in 2014. “When I started thinking about who I wanted to design my wedding dress, they were the first people who came to mind. I have always been a massive fan of their work and thought their elegant, ethereal, unique style was a perfect fit for my—kind of — elegant, ethereal, unique personality,” Lourd said of Kate and Laura Mulleavy. “I also felt a strong connection to them because of their connection to my mom and because they are California gals just like me!”

Lourd’s jewelry for the evening included her engagement ring, which was created using a diamond from the ring that Lourd’s rather originally used to propose to Fisher. Two other rings from her mom’s collection represented the bride’s “something borrowed” and “something blue.” But it was Lourd’s shoes made by René Mancini that brought a surprising and sentimental touch to her dela walk down the aisle.

“My dad was walking around town shopping and came upon the store and found the perfect shoe,” Lourd told Vogue. “They reminded him of the shoes my mom wore in the ’90s. But he had the same experience I had with my rehearsal-dinner dress. It was a month before the wedding, and they told him they took four months to make He talked to Mohamad, the manager of the store, and told him when the wedding was and asked him if he could somehow rush them, and he magically made it happen! my dad’s hunch about my mom was right. Mohamad told him that my mom used to shop at their store in New York City in the ’90s. The perfect shoe turned out to literally be the perfect shoe. It was serendipity!”

The ceremony itself was then officiated by Fisher’s two best friends who were “hysterically brilliant and touching,” according to the bride. “And in true Carrie fashion, we threw glitter in the air at the end of the ceremony. It was magical. I couldn’t have dreamed up a more perfect wedding.”

The night wasn’t without a tribute to the bride’s grandma. In fact, Reynolds was the inspiration behind the second Rodarte dress that Lourd wore for the reception.

“It was inspired by my glam-ma Debbie Reynolds’s iconic dance outfits that she used to wear in all of her shows and is probably the most fun party outfit of all time,” she said. “I am obsessed beyond belief. I’m probably going to make it into an art piece in my house because it’s way too legendary to just hang on a hanger in a closet. I have never had more fun in any dress ever!”

Want lifestyle and wellness news delivered to your inbox? sign up here for Yahoo Life’s newsletter.