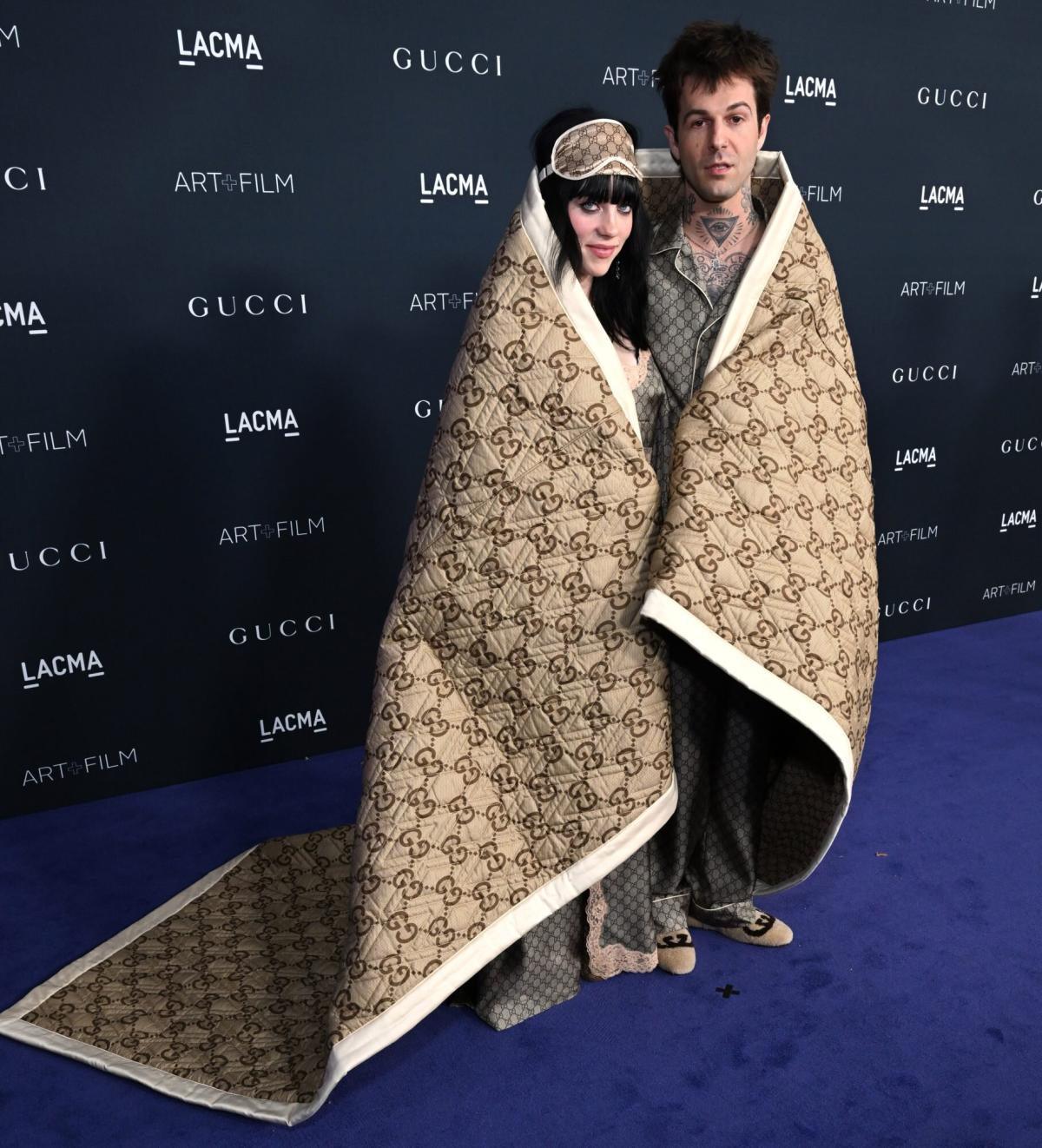 Billie Eilish’s relationship with Jesse Rutherford is quite cozy.

The “Happier than Ever” singer, 20, and The Neighborhood lead, 31, turned heads during their first red carpet — or in this case purple carpet — debut at the LACMA Art + Film Gala 2022 due to their eye-catching coordinated outfits.

The new couple looked like they hopped right out of bed and straight onto the carpet, with Rutherford sporting Gucci pajamas and fuzzy slippers and Eilish wearing a Gucci silk floor-length nightgown complete with a sleeping mask on her head.

To complete the coordinated look — and take camp to a whole new level — Eilish and Rutherford slung a large Gucci blanket over themselves and posed with it as they walked down the carpet.

Last week, Eilish made her relationship with Rutherford Instagram official, posting a fun snap of her Halloween costume with her new beau, where they seemed to poke fun at their 11-year age gap

Eilish dressed up as a baby, wearing a bright and colorful outfit complete with a bonnet that had a teddy bear print, and Rutherford went as an old man with blue suspenders, a brown sweater and a bald cap.

“Life is craaaaaaaaaaaaaazy🤡,” she captioned the photos, “Happy halloween🎃🥰”

The couple initially sparked dating rumors at the beginning of October when they were spotted together at Crossroads Kitchen in Los Angeles. A few days later, the duo was photographed kissing outside the Indian restaurant Lal Mirch in Los Angeles, further fueling romance rumors.

Eilish was previously linked to actor Matthew Tyler Vorce in late 2021, but they split in May.

She also dated the rapper Q, whose real name is Brandon Adams, and got candid in an Apple TV+ documentary last year on why things didn’t work out with the musician.