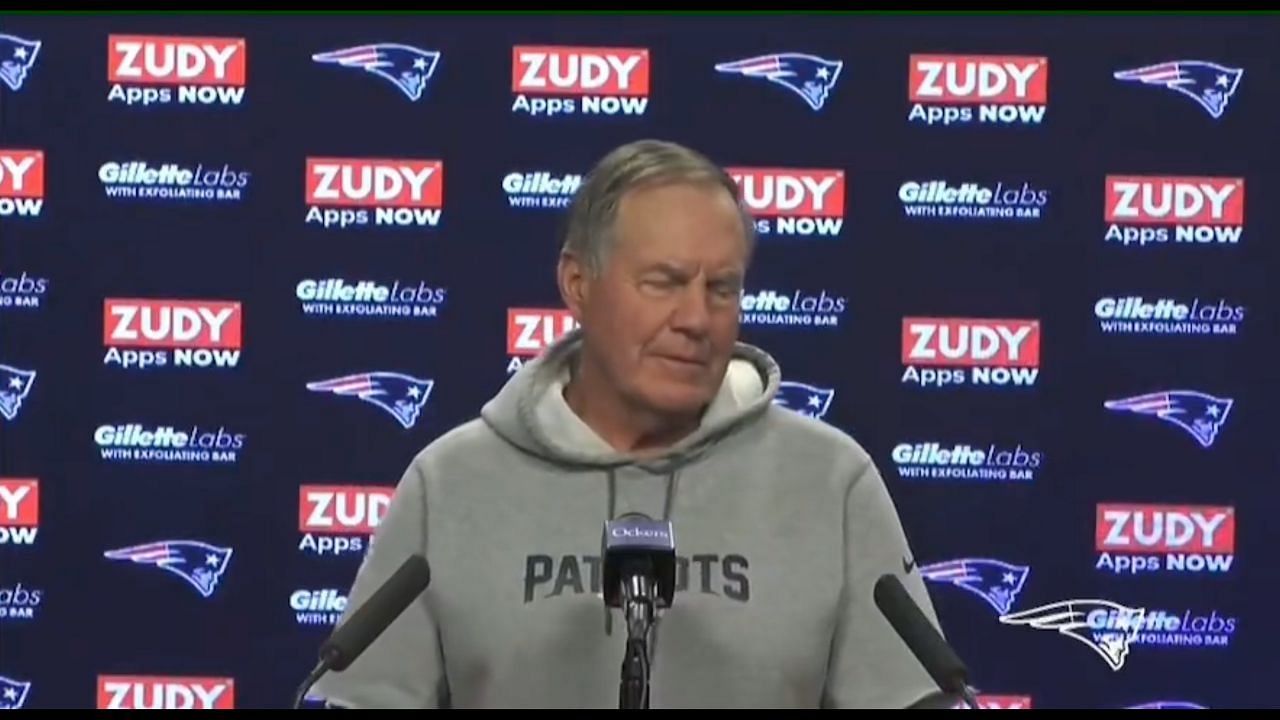 Bill Belichick is infamous for his relatively dark disposition. He’s short and abrupt with reporters, something that was on full display when he was asked about Mac Jones’ injury. Jones is suffering from an ankle injury that is expected to keep him out for a few weeks. The New England Patriots are 1-2 and staring down the reality of starting Brian Hoyer for a few weeks in their starter’s absence.

Ankle injuries can be tricky. Depending on where they occur on the ankle, they can cost the player a lot more time and be more challenging to fully recover from. Hence why the reporter asked if the sophomore quarterback had a high ankle sprain, considered the worst kind of ankle sprain.

“Day by day. What do I look like? A doctor? An orthopedic surgeon? I don’t know. Talk to the medical experts.”

The longtime Patriots coach is not and has never been a medical expert, something he made clear in his response. He’s the coach, not the trainer, and he doesn’t really have time for medical questions.

When asked what the on-staff medical experts said to him, Belichick reiterated that his young quarterback was day by day.

What are the options for the Patriots without Mac Jones?

Despite Belichick’s answer, the Patriots quarterback is highly unlikely to start this Sunday. The initial reports expected him to miss at least a few weeks. That would be devastating for a team already two games behind the first-place Miami Dolphins- a team they lost to in Week 1.

Brian Hoyer, their longtime backup, is in line to start in his absence. That isn’t encouraging for a team that hoped to return to the playoffs again this season after winning a wild card spot last year.

There have been rumors about the Patriots exploring free agent options, including someone that started for them in between the Tom Brady and Jones eras: Cam Newton. However, unless Jones is going to miss four weels or more, then Newton ready in that time frame seems unlikely. It may be worth a shot, but he might not provide much upside over Hoyer, who knows the system and the players.

Other free agents like Colin Kaepernick are always an option, but it seems like right now the Patriots are willing to roll with their backups and hope Jones’ injury isn’t as devastating.