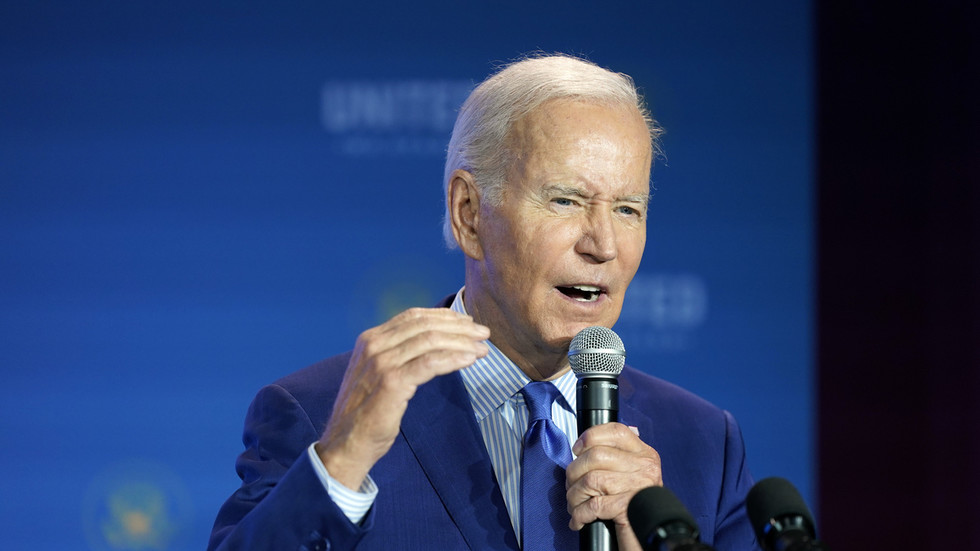 YouTube, Twitch, Microsoft, as well as Facebook and Instagram parent firm Meta announced on Thursday that they would monitor and remove allegedly hateful and extremist content after President Joe Biden made a speech portraying white supremacy as rampant in the US.

According to a White House website, YouTube will expand its removal of content “glorifying violent acts” and will launch a campaign to help young users identify the “manipulation tactics used to spread misinformation.” Twitch will make it easier for users to report “hate and harassment,” Microsoft will use artificial intelligence to “detect credible threats of violence” from those who use its products, and Meta will partner with the Middlebury Institute of International Studies’ Center on Terrorism, Extremism, and Counterterrorism to “analyze trends in violent extremism and… help communities combat it.”

These firms already have extensive policies on allegedly hateful content, but liberals argue that such content still proliferates, and conservatives claim that these policies are used to discriminate against them for political reasons.


The latest censorship push was announced as Biden held a summit at the White House entitled ‘United We Stand.’ Alongside speeches from activists, law enforcement and business leaders, Biden used the event to call for increased censorship of social media, gun control, and a broad crackdown on the “venom and violence” of “white supremacists.”

Biden has long insisted that such extremists are “the most lethal terrorist threat in the homeland,” and the president referenced several high-profile incidents to reinforce his argument, like the vehicle attack in Charlottesville, Virginia, in 2017 and racially motivated shootings by white gunmen in Texas in 2019 and New York this year – the latter of which was livestreamed by the killer on Twitch.

However, FBI crime statistics show that white Americans do not disproportionately commit hate crimes compared to other races, and are the least likely demographic group to commit homicide against other races. The above statistics are raw totals, meaning the disparity in crime rates between whites and other races is even starker considering whites make up 58% of the US population, with Hispanics accounting for 18%, African-Americans 12.5% ​​and other races 11.5%.