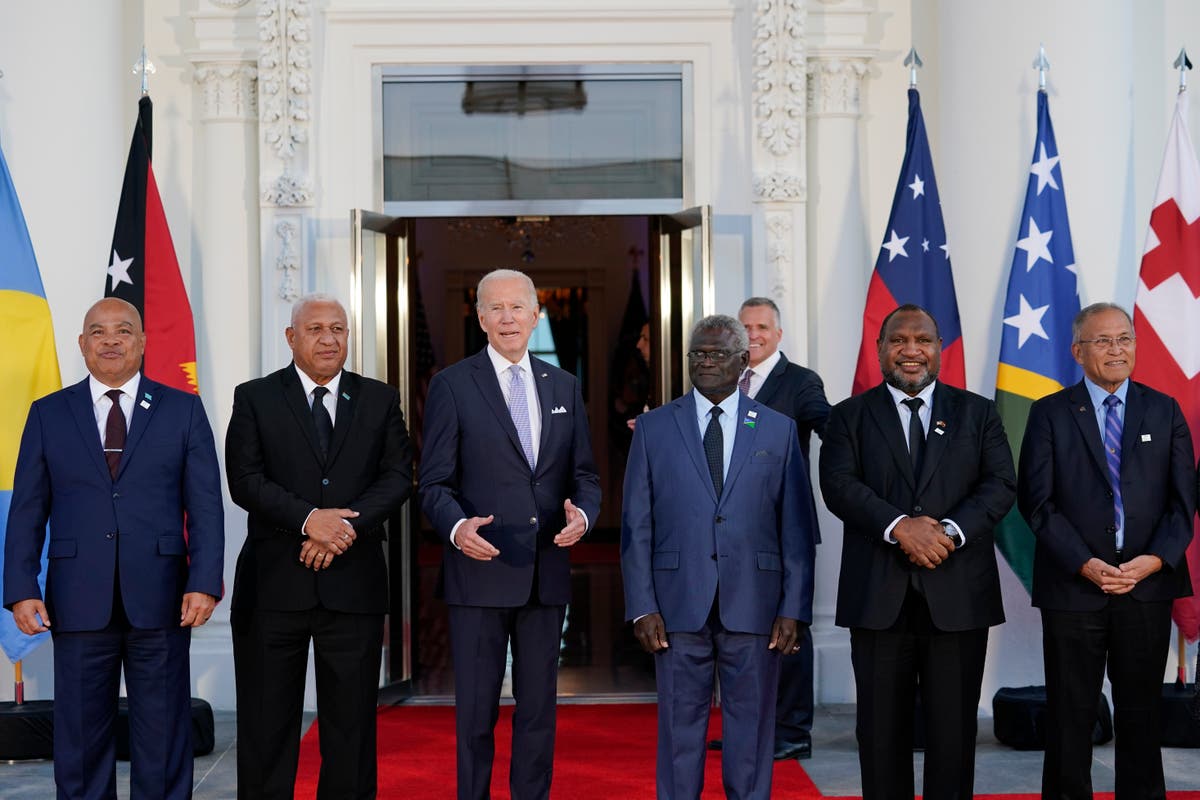 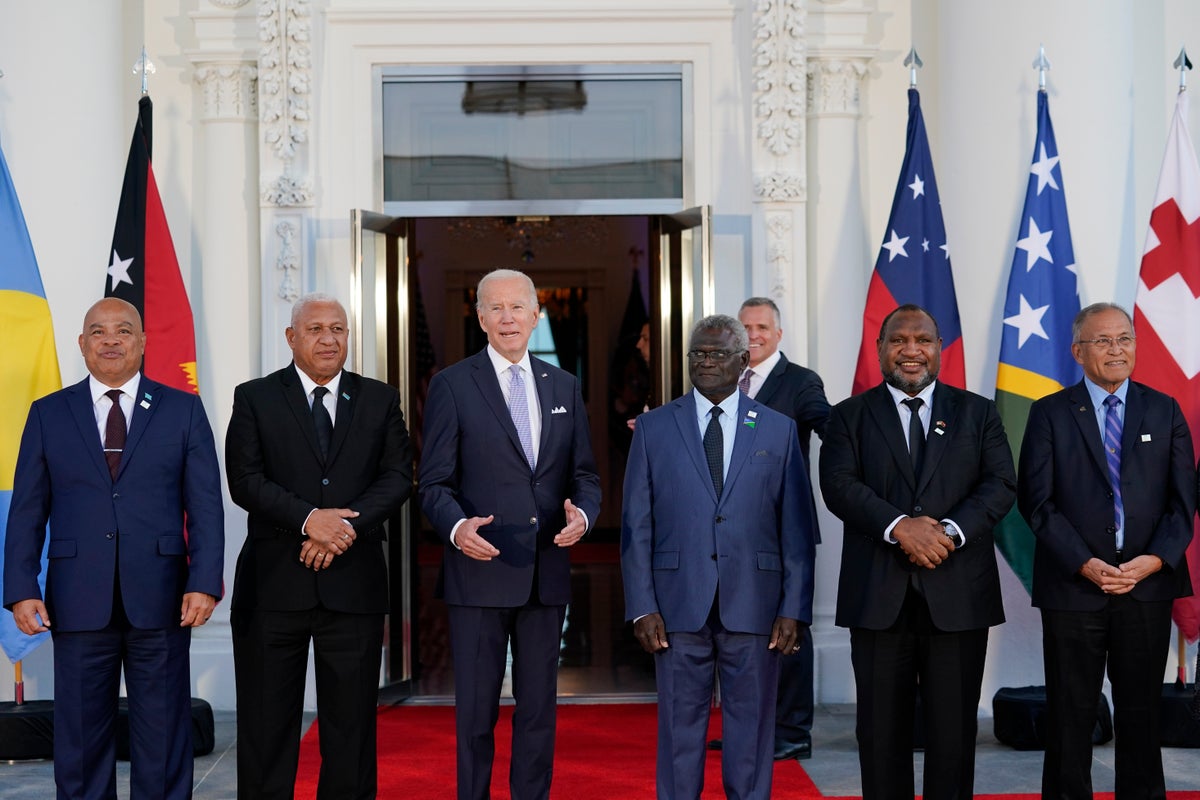 The Biden administration will pay $130 million in new climate initiatives for Pacific Island nations by reallocating money that had originally been earmarked for military assistance for Egypt but withheld from concerns over human rights abuses.

The State Department said it planned to reprogram money allocated for Egypt to pay for the Pacific Islands in a Sept. 29 memo to Vice President Kamala Harris and congressional leaders that was obtained by The Associated Press on Friday.

President Joe Biden announced a plan Thursday for the US to spend $810 million over the next decade — including $130 million for climate resilience programming — to assist the islands as he met with more than a dozen leaders from the region at the US-Pacific Island Summit . The administration is looking to put greater focus on the Pacific Islands amid heightened concern about China’s growing military and economic influence in the region.

“Recent actions by the People’s of Republic of China in the Indo-Pacific have highlighted that increasing US engagement and activity is an urgent priority with major impact on US national interests,” the State Department notification said.

The money reprogrammed was a portion of $1.3 billion in foreign military financing allocated to Egypt in the 2020 budget. The administration froze $130 million in funding over Egypt’s failure to improve human rights conditions.

Congress has a rule that a portion of the annual funding — around $300 million — to Cairo should be conditioned on the Egyptian government upholding basic human rights conditions.

But the Biden administration, like past administrations, has used its authority to issue a waiver to that rule on national security grounds and allow much of the funding to be sent to the Egyptian government.

The White House deferred comment on the decision to reprogram the funding to the State Department. State officials did not immediately reply to a request for comment.

The summit came amid worrying signs to the US that Beijing has grown its influence in the region. Earlier this year, the Solomon Islands signed a new security pact with Beijing.

The State Department pointed out concerns about Beijing’s increasing sway in explaining its decision to reprogram the funding originally meant for Egypt.

“As the recent signing of a new PRC-Solomon Islands security agreement demonstrations, we may be in the early stages of an historic shift in the Pacific that would usher in a new security paradigm — one that is unfavorable to US interests security, will frustrate our ability to effectively compete with the PRC, and will prevent implementation of the Indo-Pacific Strategy,” the memo said.