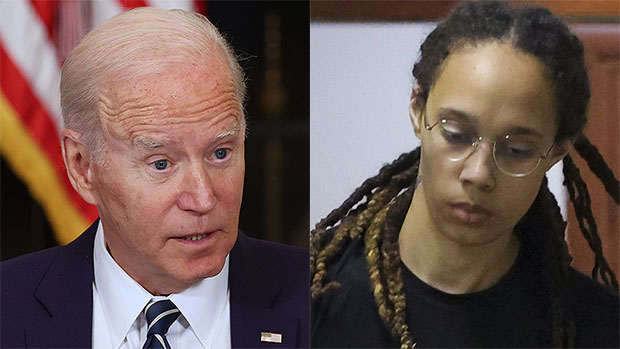 president Joe Biden is offering Russia an exchange of one of their own to release two Americans being held in the country, according to CNN. The commander-in-chief’s administration has agreed to exchange Victor Bouta convicted Russian arms trafficker who has been serving 25 years in a US prison, for the release of professional basketball player Brittney Griner31, and US citizen Paul Whelan, 52, who are being held in the country on different charges, sources told the outlet. Brittney was arrested on drug-related charges at the Moscow airport in Feb. and Paul was arrested for espionage in a Moscow hotel in Dec. 2018

The offer for the exchange had been discussed since earlier this year, sources further told CNN, and Biden’s support for the offer overrides opposition from the Department of Justice, which is usually against prisoner trades. Secretary of State Antony Blinken also announced on July 27 that the US submitted a “substantial proposal” to Moscow “weeks ago” for Brittney and Paul, who are classified as wrongfully detained. Blinken spoke at a press conference at the State Department and explained the situation, which he confirmed Biden was “directly involved” in.

While not confirming it was Viktor who was offered in the exchange, Blinken said he “can’t and won’t get into any of the details of what we proposed to the Russians over the course of so many weeks now” and “in terms of the President, of course he was not only directly involved, he signs off on any that we make, and certainly when it comes to Americans who are being arbitrarily detained abroad, including in this specific case.”

Blinken went on to confirm that he intended to discuss the potential exchange with the Russian Foreign Minister Sergey Lavrov this week and said it would be the first time they spoke since Russia’s invasion of Ukraine. “My hope would be that in speaking to Foreign Minister Lavrov, I can advance the efforts to bring them home,” he said during the conference. “There is in my mind utility in conveying clear, direct messages to the Russians on key priorities for us. And as I mentioned, these include securing the return home of Brittney Griner and Paul Whelan.”

In addition to Blinken, the senior administration official suggested that Moscow had not been responsive to a “substantial offer” they presented to them in June, CNN reported. “We start all negotiations to bring home Americans held hostage or wrongfully detained with a bad actor on the other side,” the official explained. “We start all of these with somebody who has taken a human being American and treated them as a bargaining chip. So in some ways, it’s not surprising, even if it’s disheartening, when those same actors don’t necessarily respond directly to our offers, don’t engage constructively in negotiations.”

The news about the new planned offer comes after Brittney pleaded guilty to her charges, which has her facing up to 10 years in prison, in early July. She testified in a Russian courtroom and said she unintentionally brough cannabis into Russia. It has been reported that her trial would have to finish before any exchange deal between the Biden administration and Russia is finalized.