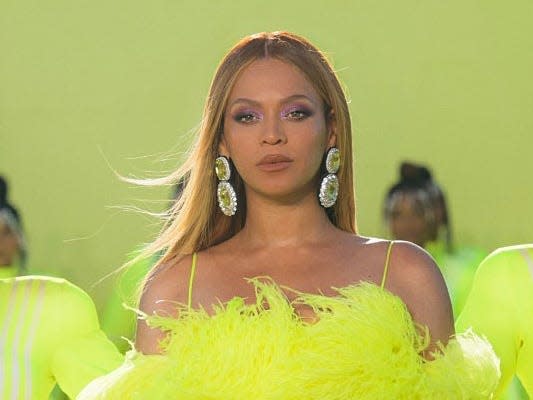 Beyoncé’s latest single, “Break My Soul,” which features lyrics about worker burnout, has been hailed online as an anthem for the Great Resignation labor trend.

“I just quit my job/ I’m gonna find new drive/ Damn they work me so damn hard/ Work by nine/ Then off past five/ And they work my nerves/ That’s why I can’t sleep at night,” she sings on the track that was released on Monday.

Fans immediately took to social media to share their reactions to the song, with many saying they would quit their jobs now that Beyoncé said so.

“Is she telling us to quit our jobs?? Because I will, Beyoncé, I will!” a user said in a tweetwhich has since received more than 123,000 likes.

“An hour into the work day and I see why Beyoncé told me to quit my job,” another user tweeted.

“Me writing my letter of resignation after Beyonce told me to quit my job even though I already gave my boss 2 weeks notice last week,” TikToker shared in a video that has received more than 73,000 views.

“This was the confirmation I needed,” the user added in the caption.

Another Twitter user Quipped that Beyoncé was “responsible for the second wave of the great resignation.”

“Break My Soul is the first single’s anticipated seventh from the seventh album,” which is set for release 29.

The superstar previously hinted at the album title during an interview with Harper’s Bazaar last September.

“With all the isolation and injustice over the past year, I think we are all ready to escape, travel, love, and laugh again,” she told the outlet when asked about new music. “I feel a renaissance emerging, and I want to be part of nurturing that escape in any way possible.”