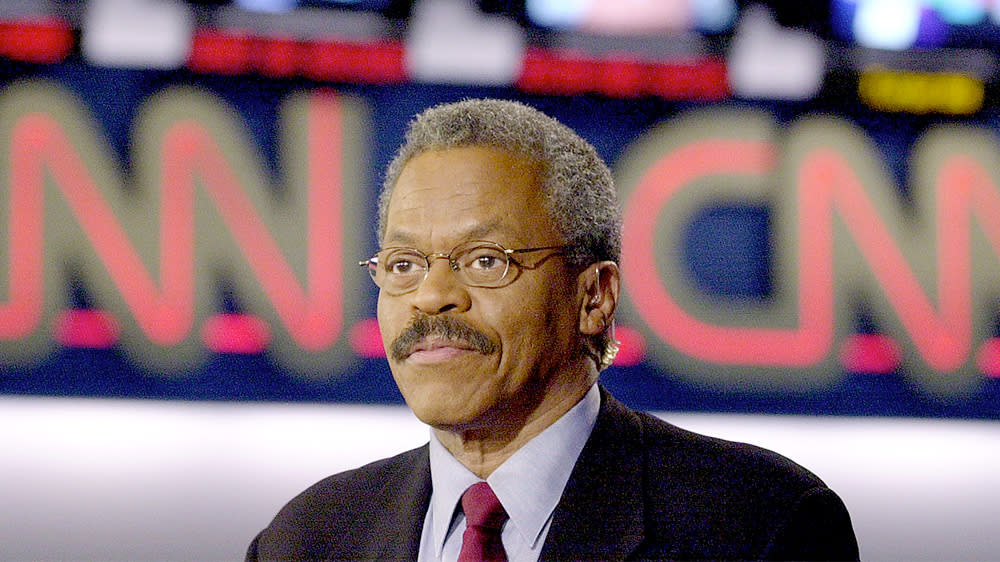 Bernard Shaw, who was CNN’s lead anchor for 20 years and distinguished the network’s coverage of such landmark events as the Gulf War, died Wednesday, the Warner Bros. Discovery-backed outlet disclosed. He was 82, and had contracted pneumonia that was not related to the coronavirus pandemic.

“Bernie was the original CNN and was our Washington Anchor when we launched on June 1st, 1980. He was our lead anchor for the next twenty years from anchoring coverage of presidential elections to his iconic coverage of the First Gulf War live from Baghdad in 1991,” said Chris Licht, CNN’s chairman and CEO, in a statement. “Even after he left CNN, Bernie remained a close member of our CNN family providing our viewers with context about historic events as recently as last year. The condolences of all of us at CNN go out to his wife Linda and his children from him.”

Shaw already had enjoyed a distinguished career before he arrived at CNN. He worked for CBS News as a Washington correspondent between 1971 and 1977 and covered both Latin America and Capitol Hill for ABC News in the latter part of that decade. But his team at CNN helped launch a new era in the business, one in which a cable upstart could have as much meaning to news aficionados as established newspapers and broadcasters.

At CNN, Shaw was co-anchor of “PrimeNews,” the network’s evening broadcast, and among the first big events he helped present was the 1981 assassination attempt on President Ronald Reagan. CNN’s broadcast of the news was ahead of the mainstream networks for about four minutes, according to an account of the report by journalist Lisa Napoli in her book “Up All Night: Ted Turner, CNN and the Birth of 24-Hour News.” Information was so vague and the details so disquieting that Shaw neglected to clip on his microphone from him before addressing viewers of CNN.

“We don’t know precisely what happened. We don’t know the sequence,” Shaw said, according to Napoli’s account. “We can report that shots were fired as President Reagan left the Washington Hilton hotel following that address we carried live here on CNN. The president did not appear to be hurt, according to United Press International.” Shaw would later be joined on air by former CBS News journalist Daniel Schorr, and his work helped cement the impression that the nascent news outlet meant to be a bigger part of the business, despite its start-up status.

Shaw’s tenure at CNN was also remembered for his on-the-ground reporting during the Gulf War in 1991. Working with colleagues Peter Arnett and John Holliman, Shaw gave dispatches from the Al-Rashid Hotel in Baghdad, taking shelter where he could as cruise missiles were heard flying around him.

“In all the years of preparing to be anchor, one of the things I strove for was to be able to control my emotions in the midst of hell breaking out. And I personally feel that I passed my stringent test for that in Baghdad,” Shaw told NPR in 2014. “The more intense the news story I cover, the cooler I want to be. The more I ratchet down my emotions, even the tone of voice because people are depending on you for accuracy, dispassionate descriptions of what’s happening. And it would be a disservice to the consumers of news — be they readers, listeners or viewers — for me to become emotional and to get carried away.”