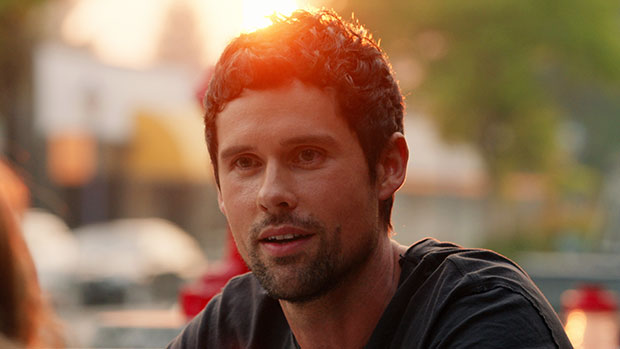 Brady continued to get put through the wringer in Virgin River season 4. He almost lost his life after being stabbed by inmates in prison. Brady survived and was ultimately released. As Brady tried to get his life together, his relationship with Brie deepened. By the end of the season, Brady was finally cleared in the case of Jack’s shooting.

Benjamin Hollingsworth spoke EXCLUSIVELY with HollywoodLife and revealed that Brady being proven innocent is just the thing that he needed to get his life back on track. “I think this is a close enough call that I think he’s going to have to learn to stay away from stuff like that and continue to patch things up with Jack,” Benjamin said. “After all, he is dating his sister his and maybe he will reintegrate back into the town now that he’s not part of this shooting.”

However, Brady may not be completely out of the woods. While Brady is not in “immediate danger,” Benjamin pointed out that “we don’t know what’s going on with the character Melissa, the new boss in town yet.”

Brady and Brie remained in a good place for most of season 4. Benjamin admitted that he feels like Brady’s found the woman he’s meant to be with. “I don’t think there’s anyone else for him,” Benjamin told HollywoodLife. “She’s the perfect woman for him because she keeps him honest and challenges him. He’s excited by her. Often, people think your soulmate is someone who is exactly you. I don’t think that’s the truth. I think there’s actually someone who complements you and in ways where you may feel inefficient, they are proficient. My wife and I are like that. She keeps me on track. She really complements my weaknesses, and I think I do for her as well. I think that makes a really strong couple. What Brady lacks Brie has.”

There was one moment when they talked about Brie eventually returning to the city. It seemed like Brady didn’t think this relationship would last forever. Benjamin weighed in on what was going through Brady’s head at that moment.

“I think it’s a protection mechanism because he’s never felt like this towards anyone before,” Benjamin said. “He’s said that, and it’s true. I think he’s a little afraid about that and what a broken heart may feel like for him. I think he’s trying to protect himself by reminding himself that he’s really batting above his weight. Brie’s a pretty big catch for him, and I think that he recognizes that and he’s trying to protect himself from the potential pain of it not working out. I think he feels like it might be too good to be true.”

Chanté Adams: 5 Things To Know About The Breakout ‘A League Of Their Own’ Star

At the end of season 4, Brie decided to file a police report against the ex-boyfriend who raped her. Brady really stepped up and tried to support her as she began this process.

“You see him going to Mel and saying, ‘How do I do this?’ And Mel is like, ‘Don’t threaten the guy.’ That’s just his knee-jerk reaction. I think it’s a reaction that I personally would have if something similar to what happened, but I think that moment was a sign of maturity for him,” the actor said. “He doesn’t just go and do something because that’s how he would end up back in jail. So it shows personal growth, it shows support, it shows love and understanding, it shows mental maturity. I think it also helps people who might be in the world out there who are going through something like this, it helps their significant other navigate that process of healing and processing grief from some sort of traumatic incident and that whole process of going to press criminal charges. We’ve kind of seen that play out recently and how ugly it can get with amber [Heard] and Johnny [Depp]. I worked with Amber Heard a decade-plus ago and to see it all happen like it has is pretty sad.”

Netflix has already renewed the hit series for season 5, and the cast is currently filming the upcoming season. Benjamin couldn’t say much, but he could tease, “It’s gonna get hot. I can say that. It’s gonna get hot, and not in the way you think. It’s gonna get dangerous for him again. It’s also gonna get complicated with Brie, and that’s all I can say about that.”

Benjamin admitted that it “would be nice” if Brady and Jack sat down and finally talked about things. “After all, they go back such a long way, and they have such a bond going through the war together. I think that when you have that relationship, there’s an opportunity to get past things and now that it was a misunderstanding and it wasn’t Brady who shot him, I think there’s that opportunity. Even though Brady’s made some mistakes — and he’s made mistakes and more mistakes — I think he warrants a second chance. No one’s perfect and I think that’s true for everyone,” Benjamin said. All 4 seasons of Virgin River are available on Netflix.